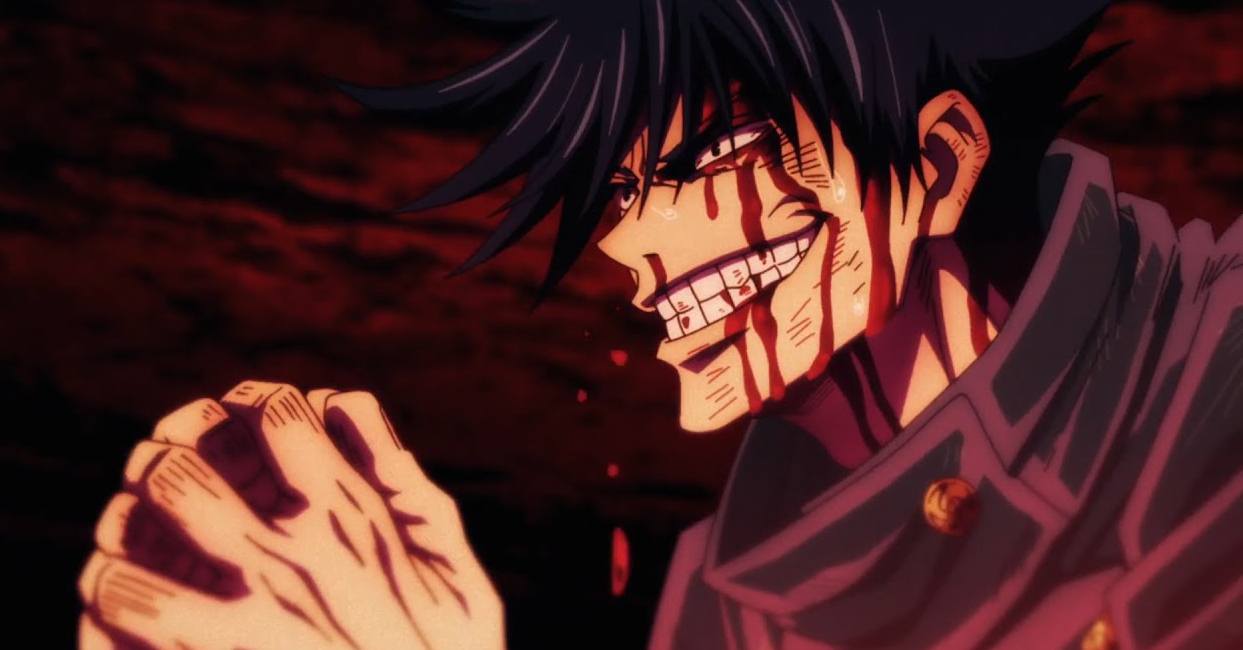 Here is a short list of the most strongest Domain Expansion in Jujutsu Kaisen. Yes, there are many, but not all are powerful enough to counter these!

And as the manga moves forward, every now and then there is some Sorcerer or Cursed Spirit who unleashes their Domain Expansion. Hence, I’ll keep updating this post as frequent as possible!

As the name of the Domain Expansion technique is; Chimra Shadow Garden fills the surrounding with thick shadow where Megumi can attack his opponent with multiple shikigami.

(6) Horizon of the Captivating Skandha : Dagon

We only say Dagon once in Anime in Episode 5, and nothing much was said about him. But, he is also extremely power as a Cursed Spirit. Hence, as expected it can use Domain Expansion.

In contrast to Megumi’s Chimera Shadow Garden, Horizon of he Captivating Skandha is rather calm and the victim won’t get a hint of the upcoming threat. The visual of this technique consists of a calm beach on one side and a vast ocean on the other. You can say that the “calm” beach and ocean represents “Silent before a Storm.”

The victim trapped inside is repeatedly attacked by Shikigamis and there is almost a total hit accuracy. Unless a Sorcerer is highly trained not only mentally, but physically too, it becomes increasingly impossible to stay away from taking hits and also attacking at the same time.

What would it feel like if you were inside a Volcano? It’s hard to even think since, it’s impossible to stay alive inside such a thing. That’s the power of Jogo’s Domain Expansion.

In the above image we see Jogo using his Domain Expansion to defeat Gojo and Itadori. When they both were inside, Jogo accepted that both Gojo and Itadori were strong since most Sorcerers would have turned to ashes until now.

Yes, Jogo’s technique was strong, but, we know what happened moments after that.😉

Mahito’s curse is terrifying enough even without using any extra effort and when he uses Mahayana Prison his power accelerates more that twice.

He used his technique while fighting Nanami, and almost killed him. But, Itadori intervened and he was saved. Unlike Jogo, Mahito is intelligent and refrains from taking any action that puts him in back-foot. While fighting Nanami, he was almost excorcised, but Nanami underestimated him and got himself into Mahayana Prison.

Honestly speaking, Hakari’s Domain Expansions is one of the most complex one. It’s almost impossible to predict the outcome. In fact, the funny is that even Hakari cannot precisely predict the final outcome.

And if you have a little knowledge about gambling, then you’ll know that if you hit a jackpot the return to your investment can be more than 1000x or even more! But, if you cannot win, then you lose everything!

In Hakari’s Domain Expansion too, since the entire outcome is like a gamble, if he is lucky and hits a jackpot, the results are insane. Theoretically speaking, for a short period of time he can become stronger that Gojo!

Hence, now, you can understand why Gojo said that Hakari has the potential to surpass him in future! And wasn’t he damn right?

Sukuna is by far the strongest curse in history whose story goes as far as more than a thousand years. As of now only Satoru Gojo is able to successfully counter his attacks.

And we know that when a Cursed Spirit is feared for more than a Thousand Years, his Domain Expansion will be nothing like any other Curse. In the manga, he has unleashed Malevolent Shrine only twice and the destruction is too much to handle ever for a trained Sorcerer, let alone a mere human.

If you are a manga reader and have already read the chapter where Sukuna goes all-out, then you know what I mean.

Yeah, I know you have watched the Anime and already know how powerful Sukuna is!
But, believe me when I say this:

You have only experienced a minuscule of his power. I wonder whether the chapter will ever be animated, and if it does you’ll know for sure! 😁

10 One Piece Characters Who Can Beat Kaido. RANKED!!

When Itadori ate Sukuna’s finger, Satoru was easily able to control him. When Itadori asked Gojo who would win between Sukuna and Gojo, Gojo proudly said he would win. So, we know how powerful he is.

Satoru Gojo’s technique can be explained as something that is extremely hard to run from. Within his Domain the victim is overwhelmed with infinite information and at the same time the victim experiences nothingness.

It’s pretty hard to explain Infinity Void in words. For the sake of making it easy to understand, you can think of something as:

“You Know Everything, but at the same time, You Know Nothing.”

Satoru Gojo used his Infinite Void first time while fighting Jogo. And that day that episode broke the internet.

There is a discussion going on in the community and some are saying that Sukuna’s Domain Expansion is far more powerful that Gojo’s. And, you ask me, then I would say that too. After examining a bit, I found that both Gojo’s and Sukuna’s technique have their own strengths and weaknesses.

The rule of Domain Expansion is: “The Strongest it is from Inside, The Weaker it’s from the Outside.” If this theory is applied to Gojo’s Infinite Void, then it would be easy to break into it. Also, Infinity Void is limited to only a particular area.

On the other Hand, Sukuna’s Domain Expansion is huge. Later in the manga, you will see how big of an area he can cover under his Domain Expansion. Though practically it’s almost impossible, theoretically, it’s possible to escape Malevolent Shrine. If someone can fast enough, then they can run away from the affects of Sukuna’s technique.

As of now, this is the only solution I can think off. Hence, if we compare Gojo and Sukuna, then both have their own edge when it comes to power and techniques.

Hence, here is the list of the most Powerful Domain Expansion in Jujutsu Kaisen. There are more techniques waiting to get revealed later in the series. But, for now these are the known techniques.