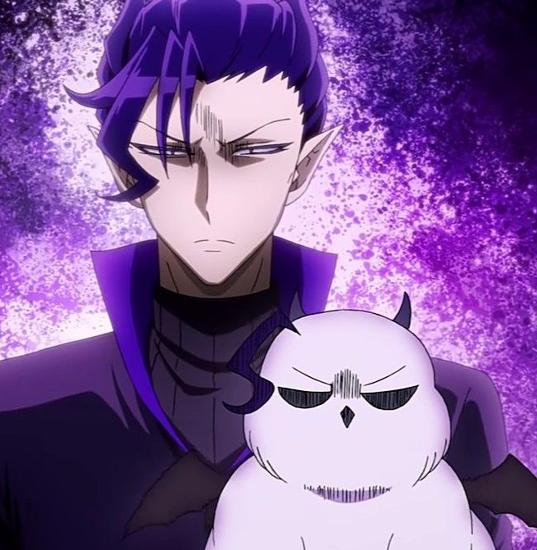 Welcome To Demon School Iruma-Kun!! is a great action and adventure manga that focuses on a unique storyline. In the story almost everyone has a “Familiar.” In short, it’s a contract between a Devil and other being…

In this post I’ll list each and every important Familiars…Although most of them have names, some, in fact don’t…

Eggy-Sensei is the cutest and probably the most powerful Familiar in the manga. While doing the summoning ritual Iruma summoned non other than Kallego Sensei in the form of this egg look-a-like Familiar.

Kalego does not have a Familar. The three-headed being Kalego summons is Cerberion. The being is created with Kalego’s Bloodline Magic. And this can the foremost reason why Kallego was chosen as Iruma’s Familiar.

Iruma was extremely lucky to chant the forbidden spell, or else Alice would have annihilated him in the very first day. Theoretically Alice is the strongest in the class and has immense attacking power. It’s the same with his Familiar as well!

Alice hasn’t used Gorgon very much, but whenever he uses it the opponent has very little chance of escaping…Also if I go with the speculations Gorgon is just at his initial stage of development. I wonder how powerful he’ll become after more training?

Both Sabnock and Alice consider each other rivals. So their Familiar also compete against each other. In my view Kelbie not only looks more powerful but also is more powerful than Gorgon Snake.

But in real-life battle both Alice and Sabnock work together to put down the threat. Because that’s what we saw when the uncontrolled beasts broke loose. Unfortunately I have a strong feeling that Sabnock’s uncle will mess things up and make him a villain/spy as the story moves ahead!

Kerori’s Familiars were the most surprising revelation until now. She is always shy but when the time was ripe she unleashed her Familiars to protect her from threats. Having more than one Familiar is a completely new concept in the series. Even Iruma has just one: Eggy-Sensei.

Very little is known about Kerori’s Familiars’ abilities. At least they looks quite dangerous and an average demon will have to think countless times before approaching her in this state…

Eiko Oni is the girl with yellow-golden hair who always simps for Iruma. Eiko is simple and may have romantic feelings for Iruma. Anyways absolutely nothing is known about her Familiar.

We only saw her Familiar once when she summoned it for the first time. Its color gives a vibe of water techniques. But I’m not sure…If you have any info please comment and I’ll add it here.

I don’t think there’s anyone smarter than Allocer in Iruma’s class. He is the smartest among all and probably has an extremely high IQ. Everything about him is shrouded in mystery! His Familiar named: “Clever Hawk” has same characteristics as its master (Allocer).

As I mentioned in the above section Allocer is a mysterious guy who reveals almost nothing about him. And that’s the case with his Familiar too! The only think we know about it is its name. That’s all!

After Eggy-Sensei Split Wolf is the cutest Familiar known in the manga. As of writing this Split Wolf does nothing and is just a round ball. But I know this dude is going to be enormous and cunning AF when it grows up (if ever).

Why? It’s Jazz’s Familiar. Jazz is a master thief and I suspect his Familiar is going to be the same! What’s your view on this little dude?

Elixabetta has great command over lust. So you can say that her Familiar Floral Papillon is going to have the same characteristics. Unlike other Familiars whose powers are still a mystery Floral Papillon releases a stream of powder that hypnotizes her opponent (sort of).

This is the only information I have about Floral Papillon. I’m sure as the chapters move forward we will learn more about each of them. I’ll update this page as soon as something is out.

If there’s one guy who comes next to Allocer’s intelligence it’s Shax Lied. He shows himself to be stupid and have little to no information about anything, but deep inside he is smart. And so is his monkey: Clever Monkey.

Can you guess what can his Familiar do? Hmm, let’s see! Lied can control his opponent’s sense organ, so his monkey should be able to do the same thing… At least you could say that this monkey has some great “swag.”

Mark my words: Falfal is going to be one of the most unique Familiar in the series. Until now nobody has successfully described this thing. Not even Clara knows his real ability. Hence if we go by manga cliche, then Falfal is going to be hella powerful and tricky to deal with in the future.

Since Familiars have abilities similar to their master Falfal must have an ability to absorb things within itself.

After learning about all the Familiars, you may have question about other Familiars. Yes, there are other Familiars as well, but those are not related to the main characters.

These Familiars have only appeared one time in the manga and will probably never appear after that!

Who is the Best Girl in Chainsaw Man best suited for our boy Denji? Which ship is the best? Is if Denji x Makima? How about Denji x Power? Well, in this post I’ll talk about all the girls with whom Denji had good relation with. Let’s GOOO… SPOILERS!! (5) Denji x Kobeni Kobeni is… 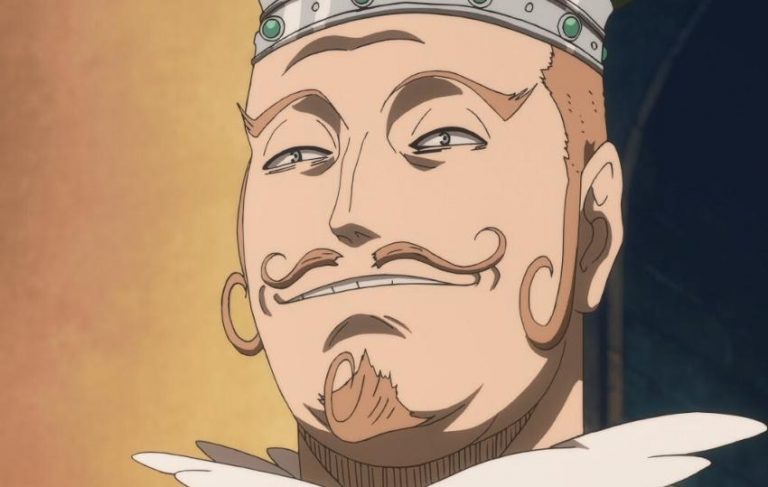 Who is the Most Hated Character in Black Clover? Keep all the names in your mind. Read till the bottom and see whether the name you think comes in this list: There are a handful of them to be real. I have included 10 characters, but the guys from (5) are absolute horrid! With this,…