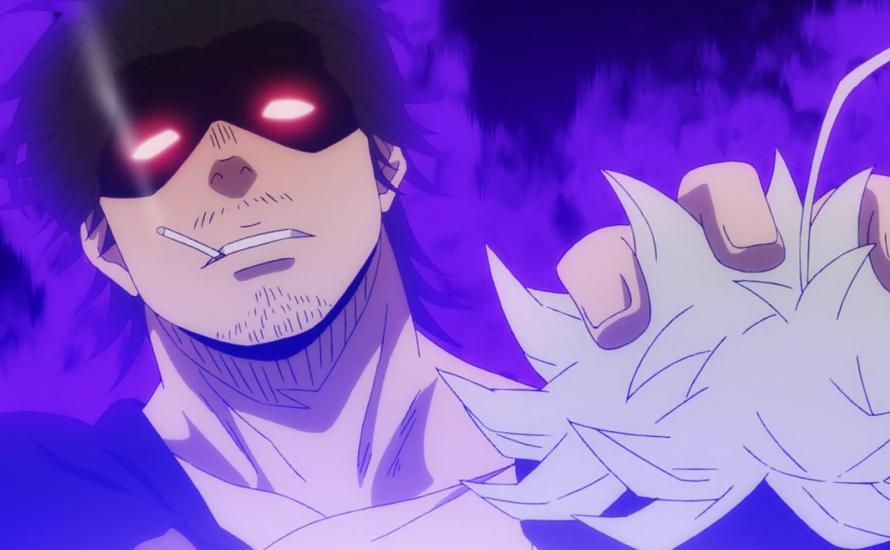 Yami is unarguably one of the most loved Black Clover character. Well, do I have to talk about the reason?

In this post I’ll list the Top 10 Most Interesting Facts About Yami, and try to understand why is he really loved…

I won’t extend this section any further…Let’s GOOO…

How can we forget “Death Thrust?” That time when Yami almost single-handedly crushed Dante with just one shot. This simply shows how far ahead is Yami when compared to other Black Bulls members. What the Black Bulls collectively couldn’t do, Yami did it alone.

Dante would be dead in an instant if he didn’t have the creepy Devil prowess. He was visibly surprised when almost his entire body was taken out!

(2) Yami Slashes Vetto In Half

I guess Yami learnt a lot after his first battle against Patolli/Patry. Back then he was cornered and could have faced death if the other Captains didn’t arrive. He sure learned his lesson and the next time he faced such challenge was against Vetto. That’s when we saw him unleash Dark Cloaked: Dimension Slash.

Yami’s raw badass attitude in mixture with insane prowess makes every move of his the best one. He would later develop this attack to be EVEN more terrifyingly powerful.

Believe me or not, I can forget everything, but not the time when Yami unleashed Dark Cloaked: Dimension Slash Equinox. He literally cut Zagred’s heart in half before he could even respond. You can say Yami caught Zagred in surprise.

Compare to the manga, Dark Cloaked: Dimension Slash Equinox is way more interesting and exciting to watch because of the music, animation, etc. I still remember when this happened, the manga was trending in almost every social media platform.

We ardent Black Clover fans always dreamed to see this happen at least once. Yami handing over his sword to Asta is one of the biggest event in the manga and also in Asta’s life. This also gives a hint that Asta can use other sword as well with complete ease.

I don’t hope to see this thing happen again! The manga has returned after 3 months with a time-skip of 1 year 3 months. I’m pretty sure Yami is far more stronger than he was before. Heck, it’ll be really interesting to see how everything turns out in the final arc!

Yami Vs. Patolli/Patry was a heated battle! The battle was a standard way to determine whether Darkness is stronger than Lightness. Unfortunately Yami had to retreat after an intensive fight, but he did pretty well for someone who only used sword to counter enemy.

I would say that Yami was really pushed to his limits in this battle and could have see the end of his life. But he was lucky!

(6) When He beat Marx & Owen To Keep Julius’ Body Safe

After Julius died in the battle, Yami had the task to take care of the dead body. He never expressed his emotions but he was terribly sad deep inside. The man who made him was gone. It was the midst of the war against the elves.

When Elf Marx and Elf Owen tried to attack Yami, he not only defeated them, but also kept Julius’ body safe. Marx had one of the most terrifying magic attribute in the series. He can access anyone’s memory and can even delete or corrupt them. Yami fought against that and defeated them without receiving a scratch.

Yami has great decision-making ability, and you see it in all his decisions while selecting the Black Bull members. Most of the members in the group have weaknesses and were rejected by the society, but when the situation is serious, all of them emerge to be one of the strongest.

Asta was also one of them. Rejected from society. Yami sensed promise from the boy and gave him one chance. And look where he is now!

(8) When He Lost Everything In Gambling

You can see the sheer difference of physique between Yami and Magna. Yes, I accept that Magna is younger than Yami, but Damn Yami is almost twice the size! The gambling scene is the rarest scene in the manga. I only remember seeing it when the series was new.

The gambling scene is one of the funnest scene in the series.Why? The Knight who is so strong in battles is nothing when it comes to gambling. Not just that, Magna has also lost everything. LOL!!

For some reason or other, Yami’s nature calls scenes are pretty loved in the anime and manga. Yeah, because most of them are gag scenes! Also whenever Yami slides into deep thinking, he does that while in washroom!

Nothing spectacular about this scenes, but all of these acts great comedy.

Black Clover All Arcs List. Which Is The Best Arc?

We love the Yami x Charlotte ship. Sorry Yami x Vanessa guys, your ship is never going to sail! Not only Charlotte has confessed her feelings for Yami, but Yami is finally starting to realize it as well! Their time spent together is always a warm moment in the anime and manga.

The community is also sensing a “read-flag” especially after what happened in the Spade Kingdom Arc. I just have one thing to say in this: Let’s hope this doesn’t happen!