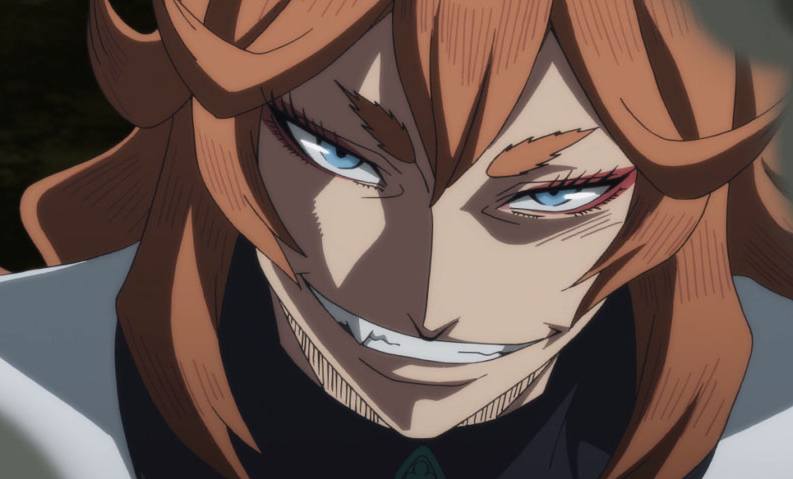 Black Clover has countless people with magical abilities, but there are only some of them who make into the “Magic Knights” category. Clover Kingdom also has such Knights who are insanely powerful.

Hence, today I’m going to state 20 such powerful magic knights in Clover Kingdom. Who is the most powerful among all?

These are the top 20 strongest characters in Clover Kingdom:

Finral being at the last of this list doesn’t mean he is weak. But, yes, he is weaker than the 19 magic knights in this list. I know he uses spatial magic, but that’s about it! He has never showcased any powerful offensive ability with his magical techniques, has he?

Maybe in the future he will be able to harness his strength and make some real effort to become strong, but as of now he is pretty week. But yeah, he is one of the best catalyst knights. That means though he cannot directly fight against enemies, his magical technique works as an accelerator that enhances other’s strength.

Gauche only knows two things in life. Simping over Marie and when he wants battle against enemies. Jokes aside, Gauche’s magical techniques fall into the same category as Finral’s. He can cause severe damage to the enemy if there’s someone who can sync well with him.

Unfortunately, Gauche has very little physical strength to counter enemies. His real weapon is his intelligence.

Leopold Vermillion is the unpolished diamond waiting to be perfected. He has the same, if not more, battle powers as Mereoleona and Fuegoleon. It’ll be interesting to see how powerful he turns out to be.

How interesting should it be to see him and his rival Asta fight together in a battle isn’t it?

Don’t you think Magna was one of the weakest among all Black Bull members before the Spade Kingdom arc? I do! It felt like he had powers but with too much friction! As if there was something stopping him to become extremely strong.

I was honestly shocked when he defeated Dante single-handedly. Though he almost lost consciousness, but he was finally successful in beating him.

Luck and Magna was best friends in Black Clover. They have fought together and also grown together. If you observe closely, Luck’s magical techniques are pretty similar to Magna’s.

Both Luck and Magna have aged pretty well in the series, and hence both of them deserve as spot in this list!

William is Captain of the Golden Dawn Royal Knights. Hence, of course he is stronger than many. But, what his magical ability lacks is sheer brute strength. His magical techniques are methodical and highly technical, but it pretty much loses again brute.

I have kept him so low in this list because of the nature of his magic power.

I feel Black Clover creator (Yuki Tabata) created Jack the Ripper as an easter-egg and to fall into the line with many other artists who mention the famous unknown killed “Jack the Ripper.” Jack’s powers is pretty much the easiest among all! It’s just hack-and-slash!

I have seldom seen him doing anything else than just that. Even when the manga revealed his past and the reason why he always wants to fight, we saw his hunger for becoming the strongest! Unfortunately, he couldn’t become the strongest in Clover Kingdom!

Rill’s magic is the most creative and probably the most beautiful one in Black Clover series. Using colors and painting to manifest physical objects is a great magical ability! The most interesting thing about his magical technique is balance of power.

Boismortier’s magic is not just great at offence, but also has insane healing and defensive capability! He practically saved everyone while fighting the Demon.

I know many say that Nacht is overrated, but I don’t think so! Okay, even if I accept that he is overrated, it was him who extracted intelligence about what the Spade Kingdom was planning. He basically saved the demise of not just Yami, but also saved Clover Kingdom.

Nacht has three Devils under his control and he uses them to fight other devils. I don’t know how powerful has be become after the time-skip, but I hope is more powerful than before!

Noelle was one of the weakest in Black Bull when she passed the magic exam. Fast-forward to present day, she is insanely powerful. In fact with more training she might even surpass her elder brother Nozel.

Isn’t it surprising to know that the same Noelle who was unable to even control her magic ended up defeating one of the most powerful Demon out there?

Nozel has great control over magic. That works best for the type of magic he has. Mercury magic. What makes his mercury magic unique is the ability to change into any form he likes. It cane become a sharp sword, or even a thick prison to contain anyone!

Though he enters the battlefield later than most knights, whenever he makes an entrance things go back to normal pretty soon. Yes, he is naggy and doesn’t care about anything, but if you only focus on his powers, it’s commendable!

Vanessa’s powers come into the category of “broken power.” That means her magical technique is too OP. Her magical ability does have a negative side, no doubt, but even though it’s for a short duration she can control time and even change the situations according to her will!

And what’s more interesting is that her magical techniques works not just for herself but anyone who she wants. Only if she could increase the duration of her technique! That would easily make her the GOAT!!

Dorothy seldom uses her actual magical prowess because most of the time we see her keeping her eyes closed. Her magical techniques are far from offence or defense, it’s simply too complex for the enemy to understand.

When Dorothy’s body was taken over by an elf, then we saw her REAL magical prowess! Yami had to struggle hard to escape her made-up world. She is witch just like Vanessa.

Langris Vaude is Finral’s younger brother and has one of the most terrifying magic techniques. He also uses the same magic spells as his brother but his techniques have WAY more power. He keeps the capability to insta-kill anything.

We saw his actual prowess when his body was taken over by the elf race. He almost killed the King of Clover Kingdom. If you can keep aside his negative characteristics, Langris really possess insane power.

The Vermillion’s are known pretty well for their fierce spirit. Being weak is like a curse to them! And you will see this in every Vermillion in Clover Kingdom. Each of are astonishingly powerful.

Fuegoleon Vermillion also has command over a Salamander which is said to have fire-power close to a dragon.

Unlike Asta, Yuno has royal blood flowing within him, and that makes him inherently a strong magic user. After all these battle experiences, Yuno has not only mastered countless magical spells, but also access an another Grimoire and a spirit.

Though he belong to the Spade Kingdom he is one of the strongest magic Knights in Clover Kingdom.

Asta was always way stronger than most kids relative to his age. Let alone after all this rigorous training. If that wasn’t enough, he also got access to Liebe’s powers and learned to merge with him.

If there’s one magic knight who can surpass Yami in total power and technique then it’s non other than Asta x Liebe. Their combination is lethal AF!

The Captain of Black Bull deserves a spot in this list. Yami’s “Dark Magic” is a thing to fear. Dude can even slice through dimension let alone what’s in front of him.

In fact his power is so unique that the Three Dark Triads personally came to Clover Kingdom to snatch him. What’s you view on him? Does he deserve the No.3 spot?

Mereoleona is the “One-san” of Clover Kingdom. You just cannot escape her if she see you. Heck, even Yami is scared of her and doesn’t want to fight her with his full might. She is insanely fierce and seem to have bottomless mana pool.

In my view only Julius is worthy and powerful enough to surpass Mereoleona in battlefield.

Julius Novachrono is the most powerful magic knight in Clover Kingdom. Why, he might also be one of the strongest magic knight in all of the four known kingdoms. It’s his Grimoire that’s special, having capability to manipulate time.

Many readers might argue that Licht defeated him, but I would say he wasn’t fighting seriously. He was pretty much handicapped while fighting Licht.

So, this is the LONG list of most powerful Magic Knights in Clover Kingdom. Do you think I missed someone?

Who Is The Strongest In Clover Kingdom?

Julius Novachrono is the strongest magic knight in Clover Kingdom.