Black Clover manga has entered the final stage. And you probably know that the last portion of the manga is going to FIRE!! But the question arises: Can Asta & Liebe finally beat Nacht?

Because if I can recall correctly, Nacht is still way above in terms of not just prowess, but also how long he can hold the devils under his control.

Well, let’s discuss about the how situation is details…

Can Asta & be defeat Nacht?

Nacht had too little time to teach Asta anything. In fact he used Asta as a gamble to defeat the devils. But, he never knew that Asta would perform so well! We must also not forget that it is Nacht who helped Asta to control his devil and not Yami.

Yes! Asta has his devil under control, but now what? The next step is to test their strength and their ability to handle real-life battle situations. Even though Asta has forged a great brother-like relationship with Liebe, can this relationship push Asta forward?

Yes, I accept that he performed great against Lucifero. And why wouldn’t he? More than just his devil powers, he had invested his emotions in the fight. He knew that he might die in this battle.

Just one sentence from Yami has brought Asta to such heights. It’s “Break Your Limits.” It feels like a simple sentence, but Asta took it too seriously and here we are today. Talking whether he can now beat Nacht…

After Nacht reminded Asta and Liebe that if they can’t combine then they are better dead than alive, both of them think about why they are fighting their hearts out.

Relation between Astaroth and Lucifero

Astaroth is the “Great Duke of Hell” and is placed in the same position with Lucifer (Not Lucifero) in terms of strength.

When we talk about the Devils in Black Clover, most Knights make their Devils work after a binding ritual. There is logically no friendly relationship between the Devil and the Conjurer (Knight). But, Asta and Liebe’s relationship is different, Asta and Liebe are foster-frothers. Asta did not perform any Binding Ritual to control Liebe, rather he chose to become friends and cooperate with each other.

This was surprising even for Nacht, who, usually shows little to no expression towards anything.

Hence, when we compare Liebe and Lucifero and how they are treated individually, then obviously Liebe stands on the top.

Another crucial aspect to recall while comparing their Magical Powers, it that, Lucifero is a grown up Devil and Liebe is only few years older than Asta. Hence, there is age difference also in play.

Here is a theory that came into my mind, though I accept that this may be far too different and unexpected. Is there any possibility that Liebe is Lucifero’s Kid?

Though we don’t know whether Devils are born in the same process as humans, but, if not how are they thriving? Liebe was a kid when Licita met him. Hence, with this we can be sure that Devil do reproduce.

But, what makes Devils different than Humans is the way they treat the weak (though, unfortunately, some Humans are not less). In the Devil realm, the weak is tormented and abused and the strong is worshipped and feared (As we see with Lucifero, Megicula, etc).

Maybe, Liebe is Lucifero’s kid and since he got not magic, he was ousted and banished from his home.

On one occasion when Jagred was about to die, he saw Asta’s Devil and with their conversation many things become clear, Jagred knew Liebe. Hence, there could be two theory to support this reaction.

You can read Black Clover for Free on Viz:

You can watch Black Clover on these streaming platforms: 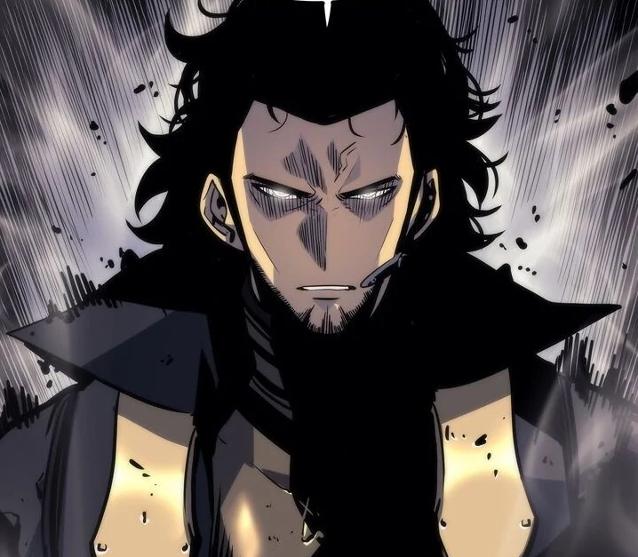