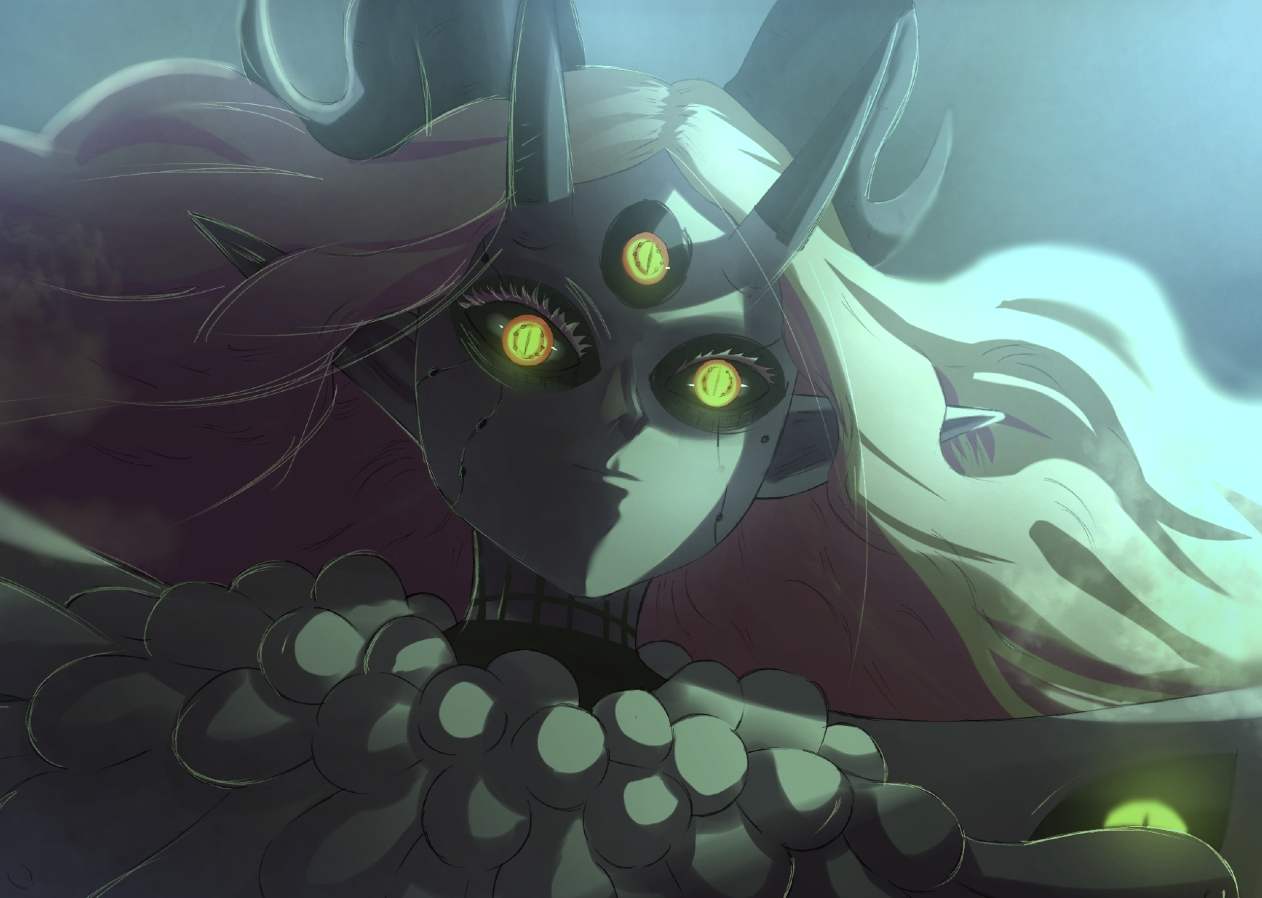 The Spade Kingdom arc has ‘demon’strated (pun intended) real powers of the Devils. Countless of Devils actually! But which among them are the strongest? Hence, in this post, I’ll be listing 10 Strongest Devil in Black Clover…

With this, let GOOO…

This might be a controversial statement but I think Liebe is weak, probably the weakest among all devils. In fact if you can recall he was heavily bullied just because of his weakness! The only thing that gives him a lead is anti-magic! That’s it!

In the end thanks to him that Lucifero went down! Because the only way to beat someone who is immensely powerful is to either become more power than him, or just nullify it.

This might be a bit surprising, but Nacht’s Devils are pretty strong. Also he is the only one in the manga to have command over multiple Devils. His four devils are: Gimodelo, Slotos, Plumede, Walgner.

Having four Devils does give him an upper-hand over his enemies. He was able to counter Dante’s extremely powerful attacks when he unleashed his own…

Adrammelech is probably one of the most intelligent Devil out there. Of course, he is a devil and has high magical prowess, but he never showcased his powers. Not even once. He didn’t lift his finger when Lucifero was defeated. Rather, he only went near him to snatch his Heart.

I’m having a serious issue with this one. He doesn’t give a good vibe AT ALL! He is behaving like the type of individual who enjoys the whole show and in the end reveals himself to be the most powerful…

This dude Zagred is probably the worst of all the Devils in Demon Realm. He is solely responsible for most of the negative events that happened in Black Clover. He wiped out the elves, destroyed the good relation between the Humans and Elves.

Which snowballed to the creation of The Eye of the Midnight Sun, and the Julius’ decrease in strength. Zagred is the best example of how cruel a Devil can be!

Both Lilith and Nahamah were powerful and had immense magical prowess when they had individual body. And after their body was cut in half, they joined their body together to form one of the most deadly combinations…

Just to measure how powerful there fused form is: Lilith x Nahamah were able to counter and beat Nacht’s each and every attack while Dante failed!

Lucifugus is one Devil that we have forgotten! He was the devil whom Nacht tried to control but failed. In turn his brother ended up dying. I don’t know whether I should compare him with Lucifero just because his name is similar to him! But Lucifugus was insanely powerful too.

Why? Because Devil Binding Ritual didn’t work on him which is supposed to work on every devil despite their strength…

Megicula is strong and powerful enough to take Astaroth’s place when he suddenly vanished from the Demon Realm. She is the only female devil among all the male. Though her physical body is little, her devil power is on a completely different level!

She has caused the most harm among all the Devils in this list. She is directly responsible for Acier Silva’s death (Noelle’s mom), and she is also responsible for cursing Lolopechika. What’s interesting is her response towards various situations. She didn’t flinch even when she was dying…

We never got to see Beelzebub’s real form as we saw with Lucifero, but he manifested in Zenon’s body. Being one of the most commanding Devil in the Demon Realm made Beelzebub a terrifyingly powerful enemy.

Even in the real world (the world we live in) Beelzebub is not taken lightly. Surprisingly he is the one most used Devil in a manga series for whatever reason…

Unfortunately, we still don’t have Astaroth’s real image. He is the most secretive among all about whom we have never known…And now that Black Clover has entered final arc, he is slowly revealing his identity.

The eldest of the Zogratis siblings, Lucius Zogratis is Astaroth’s host who was somehow residing inside Julius. If there’s something that’s more powerful than gravity, it should be time! In fact I’m confused between who is the most powerful? Is it Lucifero or Astaroth?

Lucifero is unarguable the strongest Devil in existence. He is not only insanely strong physically, but also has immense presence. On top of that his command over Gravity magic does wonders for him!

Even when Dante was accessing less than 20% of Lucifero’s power, he was able to beat every Black Bull member. He is literally too OP. It Asta didn’t have Liebe’s anti-magic ability, Lucifero could have single-handedly destroyed humanity!

Finally, we have reached the end of discussion. Of course there were many unknown Devil that emerged from Tree of Qliphoth, but since they weren’t as powerful I didn’t include them.

Though I have listed Lucifero as the strongest Devil, we’ll have to see how powerful Astaroth is in Black Clover final arc!

Who Is The Strongest Devil In Black Clover?

Lucifero is the strongest Devil in Black Clover

Is Lucifero Dead In Black Clover?

Lucifero is alive in Black Clover.

Black Clover is at its best arc yet. We are struck with back-to-back revelation. First we came to know the truth about Yuno and now we also come to know the past of Astas Devil. It would be exciting to see how Tabata unrolls the story. With this, let’s see what we have for Black…