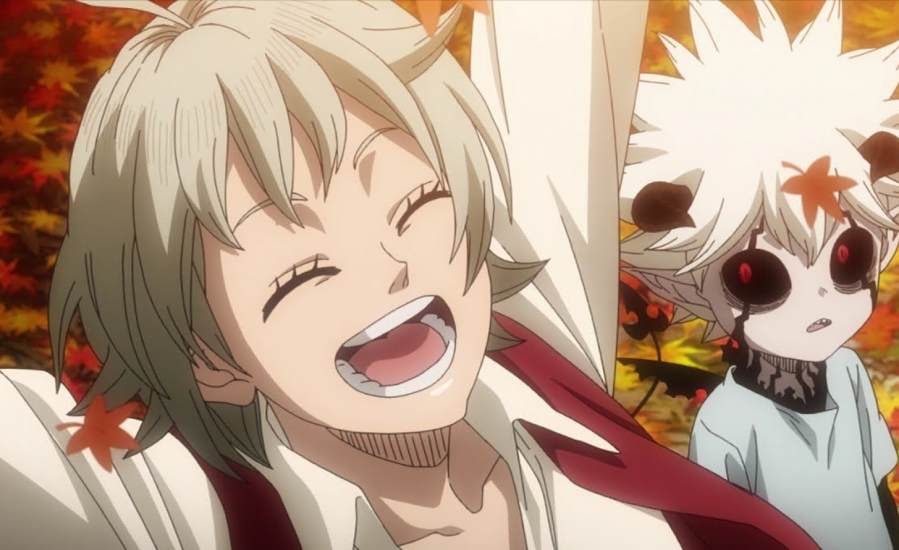 Black Clover is one of the most loved manga series lately. Thanks to some of its fantastic back-to-back arcs. Since Black Clover is an action series, there much be characters who die isn’t it?

Hence, today I’ll point all the important characters who die in the manga and the cause of their deaths.

These Are All The Characters Who Die In Black Clover:

These are the 15 Characters who die.

Siren Tium was one of the Golden Dawn Royal Knights, and acted as a side-characters. A lot of well-knows Knights were killed when the Three Dark Triads attacked, and Siren was one of the one who lost his life.

Though Siren and some other knights in the Golden Dawn didn’t have as much power as Yuno, their death pushed Yuno to become stronger and finally beat Zenon.

Hamon Caseus was a side-character from the Golden Dawn. He didn’t make much appearance in the manga, and I guess that’s why Tabata planned to get rid of them.

Hamon was killed when Zenon attacked the Golden Dawn headquarters. Many other unknown knights were also killed in the process.

Lilith and Nahamah were one of the most powerful Devils from the Tree of Qliphoth. When they fused together they became even more powerful than before. And as most Devils were, their final aim was also the destroy anything and everything that came on their way!

Even the Captains were able to handle their. Jack the Ripper was instantly defeated. But finally Nacht and Asta successfully killed it. These Devils were so powerful that even after the body was chopped into pieces their magic was alive.

This dude single-handedly destroyed the good relation between the elves and humans. He is also indirectly responsible for the elves’ war against the Clover Kingdom. Unlike other Devils who have at least a little “class” Zagred is easily one of the most hated Devil in Black Clover Universe.

He was finally finished by the collective help of Heart Kingdom. But the real MVP behind his death was Yami. Zagred is finally dead and never coming back! Tetia and the elves can finally rest in peace!

Megicula took over Vanica’s body after her physical body was critically injured. Even with a short body structure, he magic prowess was out of the world! She was easily able to fight Gaza and forced him to unleash his ultimate move!

Well, we already knew that her final opponent was going to be Noelle. Why? Because Acier Silva (Noelle’s mom) died because of Megicula’s curse. Noelle has become REALLY powerful after beating her.

Zenon was arguably the most powerful among the Three Dark Triads. he was quite and secretive. We hardly learned anything about until the. Heck, even his powers were hidden. Sometimes he used “bone magic,” and sometimes teleportation magic…

His final opponent was Yuno, and he finally got what he deserved! Though, honestly speaking, he was also one of the most liked Dark Triads! Maybe because he always carried an atmosphere of seriousness!

Loyce was Yuno’s dad and the true King of Spade Kingdom. The three Dark Triads worked under him! But after the coup-d’etat he was killed.

Yuno was taken away by Loyce’s most trusted people, and we don’t know what happened after that! Fortunately, Yuno’s mom is still alive and wants Yuno to become King of Spade Kingdom.

When madness takes a step forwards, it’s always a disaster in the end. And there’s no example better than Moris. He is arguably the most “science-brain” character in Black Clover. His hunger for power and knowledge didn’t stop him to shift to Spade Kingdom.

As you can see above, in the end he also became demon possessed and had to be put down.

Zara is Zora’s dad. If there was one person more enthusiastic than Asta, then it was Zara. He was the first peasant to join the Magic Knights. Unfortunately, he was betrayed by his own and had to die a shameful death.

He was personally recognized by the Wizard King for his unique ability to trap his victims.

Licht was Tetia’s husband and also an elf. He was a good person before a surprise attack wiped out the entire elf community. He took vow to take revenge from Humans.

He met a sad ending with transforming into a demon. He was finally brought down by Lemiel, the 1st Wizard King.

Tetia was Lemiel’s younger sister and was a victim of Demon Zagred’s cruelty. She was the first human to marry into the elves and also bear a child.

Unfortunately, she died with the elves in a surprised attack.

Lemiel is the 1st Wizard King and the one directly responsible for the name “Clover Kingdom.” He had great contribution towards magical developments and establishing the Clover Kingdom.

Though he wasn’t killed on spot, he was mortally wounded in his last fight against the Devil (spoiler). After that Secre sealed him. He did finally got to rest after Zagred was defeated.

Acier Silva is Noelle’s mom and was reportedly one of the most powerful in Clover Kingodm. Megicula cursed her and that caused her to die eventually because of that!

We know almost nothing about Acier, only that she was a loving but a fierce mother who did everything to save her children.

You can see a striking similarity between Nacht and Morgan. Yeah, it’s because Morgan was Nacht’s elder brother. Nacht’s entire personality changed after his elder brother was killed because of him.

According to the manga, Morgan had the same level of “badassery” like Yami. Alas! we could never see him action!

Licita is the one who needs special mention in this long list. She is one of the primary reasons why Black Clover series happened. She was Asta’s mom and Liebe’s foster-mom. In fact Asta and Liebe succeeded establishing good relationship just because of Licita’s memory.

Unfortunately, she was killed by Lucifero when she tried to save Liebe from him. She was powerful and even Lucifero accepted the fact!

Yes, there are many other characters I did not mention them here. It’s It’s because they didn’t play any important role in the manga’s story and were side-characters. The characters above have all played major role in the series’ story.

Does Yami Die In Black Clover?

No, Yami does not die in Black Clover.