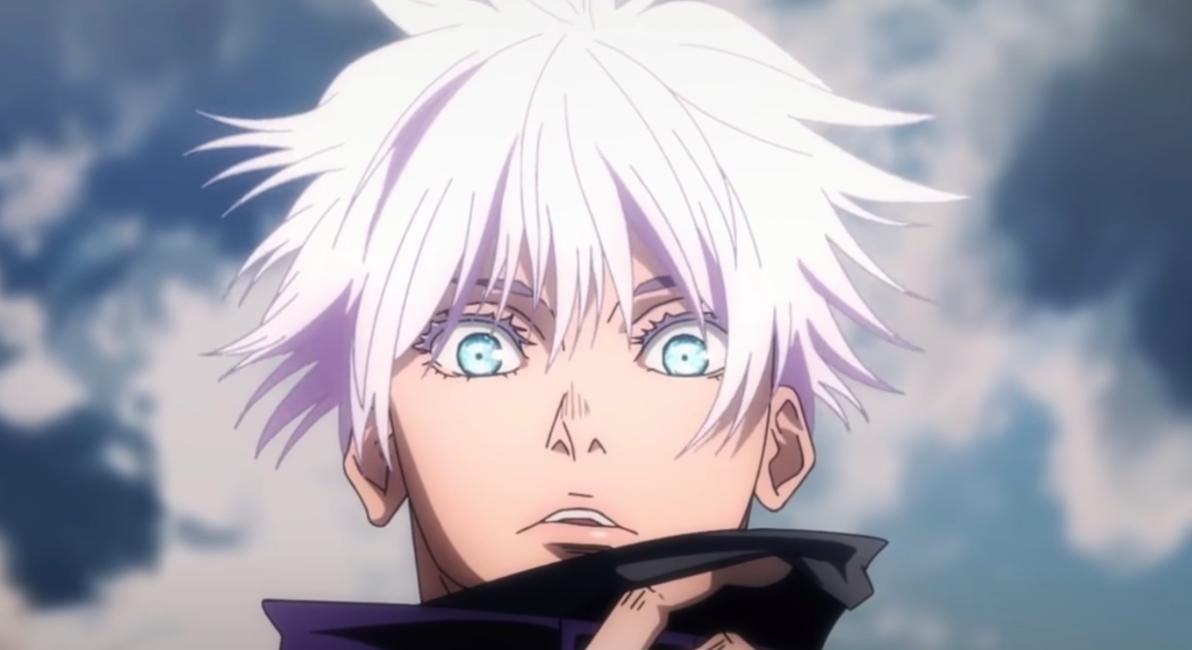 Why does Satoru Gojo wears a blindfold? Isn’t this the first question that come after seeing his eyes covered?

And we all know that it’s a cliche that a manga/anime character is insanely powerful when their eyes are covered!! But, in Gojo’s case, it’s not just some reason to cover his eyes.

Hence, today, I’ll explain in the easiest way why does Gojo wears a blindfold and keep his eyes covered, and what is this terrifying power he is carrying within himself!

What is Six Eyes?

Six Eyes is a technique that gives the user an ability to locate Cursed Energy.

Though Satoru have never described the technique himself, but while fighting his opponent, they have described some of it.

You can say it is somewhat like Sixth Sense. Most people can perceive information through five senses, but if anyone awakens their sixth sense, everything about them changes. Their capability of thinking and making decisions changes and they are always one step ahead of everyone.

What Six Eyes does is it gives Satoru the unfair advantage while fighting his opponent. Since he can see their Cursed Energy, he can understand their weakness and hence, it makes it easy for him to defeat even the strongest opponents.

And this what we have always seen while Satoru is fighting his opponent.

Is there any Weakness of using his Six Eyes?

On top of it, Gojo’s eyes are intimidating and may scare most average humans. Yeah, we fans of course love them eyes, but guess not everybody can digest such prowess!!

How Powerful is Satoru Gojo?

Satoru Gojo is a prodigy. He is the first individual in 100 years to have both the Six Eyes and the Gojo family’s Limitless Curse Technique.

This alone makes him the most powerful human being in the Jujutsu Kaisen Universe. He have actively accepted that he can easily kill the higher tops, but would choose not to because it won’t fruit any result.

When Sukuna possessed Itadori, he was easily subdued by Satoru. Even the possessed Sukuna confessed that Satoru was surprisingly strong. We must understand that Sukuna is the most powerful demon in existence and even after more than 1000 years he is feared.

While fighting Satoru, Jogo unleashed his full power (Domain Expansion) and even then he was unable to put a dent on Satoru. We have to recall what Jogo did to even the best in class Shamans.

Will Yamato Join Luffy? Is She Stronger Than Luffy? SPOILERS!!

No! Satoru Gojo is not Invinsible. Even though he is considered as the most powerful human being in existence, he has weakness.

He is particularly weak towards enemies without any curse.

He was almost killed by Toji Fushiguro since, Toji didn’t have any Curse Energy. Hence, Toji was the natural enemy of Satoru.

In a Flashback, we see that Toji was able to penetrate into Gojo’s defense and critically harm him. Gojo uses Six-Eyes extensively while fighting his opponent, and as you already read, those eyes can easily track cursed energy.

In Toji’s case, Gojo didn’t have anything to track. Hence, He easily got fooled!

Satoru belong to the Gojo clan and he naturally inherits their signature technique which is the Limitless Curse Technique. But, what sets Satoru apart from other Gojo members is that he has Six Eyes.

Also, since Satoru has sensitive senses due to his Six Eyes, he is always surrounded by an invisible wall that makes it impossible to touch his physical body. Even the strongest punch won’t touch him.

Hence, here it is, the Six Eyes and how it makes Satoru Gojo the most powerful human being in existence.

Satoru has explained himself that he can achieve anything if he tries, so he chooses not to get involved with anything.

Satoru Gojo is too Overpowered for a character in a series, and losing him would be the lost of humanity in the hands of demons. So, rest assured there is no death flag as of now.
Though it’s been a while since he was sealed!!

Jujutsu Kaisen is airing every Fridays on these platforms:

Jujutsu Kaisen is available for free to read on Viz: