Will Asta die? Will he end-up sacrificing Liebe in the end of the series?

Well, Asta’s death is the most speculated subject in Black Clover. There are countless theories and even more miscalculations….Hence, with this post, I’ll try to present the best possible scenario that might happen with Asta.

With this. let’s Dive INNNN….

All the jokes apart in the manga, there have been time when Luffy almost died. It’s either getting overwhelmed by a powerful enemy or just due to jealousy.

Here are some of the incidents:

(1) The Witch Queen Incident: When Asta and the Black Bull pack entered the forbidden territory of the witch’s land, they were met with heavy resistance. The Witch Queen who happens to be Vanessa’s mom almost killed Asta.

The Witch Queen incident was Asta’s closest visit to death! He really could have died that time if Vanessa and Black Bull members weren’t there!

(2) Sally Kidnaps Asta For “Experiments”: If Wizard King Julius Novachrono wasn’t there to help Asta would be one of Sally’s puppets by now. He was not only overpowered in battle but also kidnapped by Sally and others.

We fans see it as a funny incident by the situation was pretty dire!

(3) Sekke Tried to Poison Asta: This incident happened at the very beginning of Black Clover manga. In chapter 2 Sekke tried to poison Asta and get him bedridden for life. But thanks to Yuno he could never take an extra step…

So, these are some of the incidents whether Asta almost died…Let me know if I missed something!

No, Asta will not die.

It’s practically impossible for Asta to die! Black Clover is not “Chainsaw Man” where in every chapter one important character dies! Tabata will most probably take the usual path of not killing too many people…

You might not believe this, but a large Black Clover community is always irked at the series just because there aren’t many deaths. For them it makes the story unnatural to how Battles and War works. To a point I agree with them!

Heck, even Gaja didn’t die after receiving insanely heavily injuries, let along the the main protagonist is the story!

Mark my words: The worst that can happen is Asta losing his powers, nothing more than that…

As I mentioned in the previous section, the worst for Asta would be losing his powers!

But failing to become the Wizard King altogether is too far stretched! Asta becoming the Wizard King is the root of Asta’s life and also the story. He might lose interest in everything if this thing is taken away from him!

Hence, not becoming the Wizard King is out of question. Black Clover creator Yuki Tabata will never take away the main gist of the story just to give his fans a shock.

Naruto has clearly showed that forcefully extracting a “Tailed Beast” leads to the host’s death. I wonder whether this is the same case with Asta too?

But provided Asta and Liebe don’t have a Master-Slave relation, they are not bounded by anything. Hence, if in future a situation arises where Liebe needs to leave, he might leave without causing any harm to Asta!

In conclusion, Asta is not going to die. Just be a bit diplomatic I’ll say that there might be 1% chance for his death to occur!

Rather I would say that I see many death-flags already in Black Clover. Especially now that we have entered the final arc…

Will Asta Die In Black Clover?

No, Asta will not die in Black Clover. 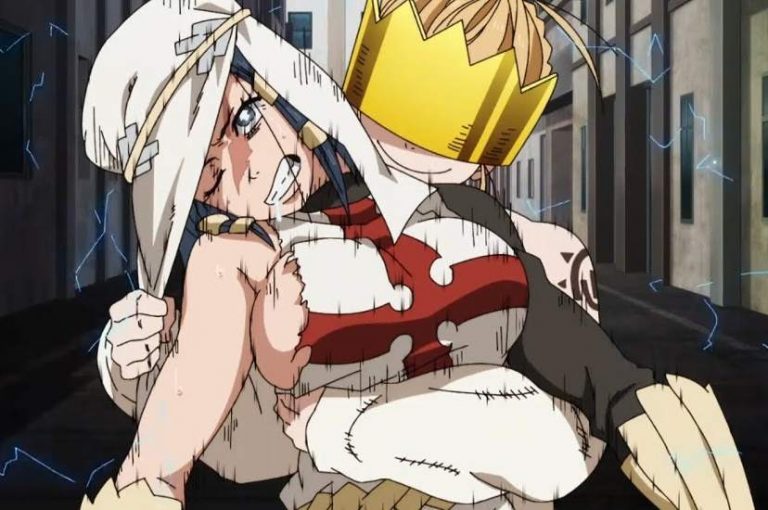