Danmachi Season introduced us to a new character, who, is now a new addition to the cute characters of Anime. Season 3 is entirely focused towards Wiene and her story of meeting Humans and then returning again to the monsters.

The most remarkable thing about Wiene is, though she is a Monster, she can speak human tongue and possess quick learning skills. Within few days of meeting the Hestia Familia, she was able to speak clearly without any hick-up. But, even though she is cute and not harmful, she is a monster, and we know what happens to a Monster when they meet Humans and vice-verse. So, the question arises, will Wiene be killed by Humans or other monsters? Or will she live and join the Hestia Familia?

Contents hide
1 How does Wiene Speak?
1.1 What is Xenos?
2 Will Wiene Join Hestia Familia?
3 Will Wiene Die? Is She Dead?
4 Watch Danmachi:

How does Wiene Speak?

Even though Wiene is a Monster, she falls under the category of Xenos.

Xenos are Intelligent Monsters. Compared to other monster, that are always in bloodlust, Xenos are much more composed and they apply their intelligence in solving their problems. This is the reason Wiene was able to learn and speak fluently after meeting Bell.

Xenos spend most of their time in searching other Xenos in dungeons and have a longing to come out of the dungeon.

In short, we can saw that among all Monster, Xenos are the most evolved species, or, they are a totally different Species altogether. Many times, other Monsters also attack Xenos.

Wiene is docile and most of the time she is dependent on someone’s protection. She may not seem harmful to the humans, but, in the end of the day she is a Monster capable of wrecking havoc if not under control.

Another thing to think about is that, Bell and the other Hestia Familia members are still in the dark, as this the first time they are seeing an intelligent monster. They know that keeping a monster in their castle without the knowledge of the Guild is not a good idea and may have consequences if Ouranos knows about this.

But, let’s say the Hestia Familia whole-heartedly accepts Weine as their new member and they start staying together doing mission. Would that be possible?

We must not forget that these crucial decisions are made by the Guild and Ouranos is the only one who can decide whether Monsters can live with humans.

On the other side, just because Ouranos decides and grants Xenos to live with Humans, do you think the people of Orario will accept them? They won’t!

Since ages, these people have seen monsters as death and destruction. The only thing they wish for Monsters is their extinction. How do you think these people would react when they know that their neighbor is a Dragonhead capable of breathing fire any minute?

Jokes aside, even though the Hestia Familia wants Wiene to join them, as of now it’s not possible. Maybe in the future if Humans accept Xenos keeping aside their hatred and fear of monsters, then it’s almost sure that the Hestia Familia will happily accept Wiene as their own.

Will Urushi & Ayumu End-Up Together? Does Urushi Like Ayumu?

Will Wiene Die? Is She Dead?

In Season 3 of Danmachi, Wiene was seen hunted down by hunters. After Bell finds her, she was already injured. Since she is a Monster, being hunted by regular Hunters is not uncommon for her. But, she was taken under the care of Hestia Familia and then she recovered. So, No! Wiene is not dead.

There are many Seasons and OVA of Danmachi. But, not all are compulsory to watch. This Guide will help you what to WATCH! 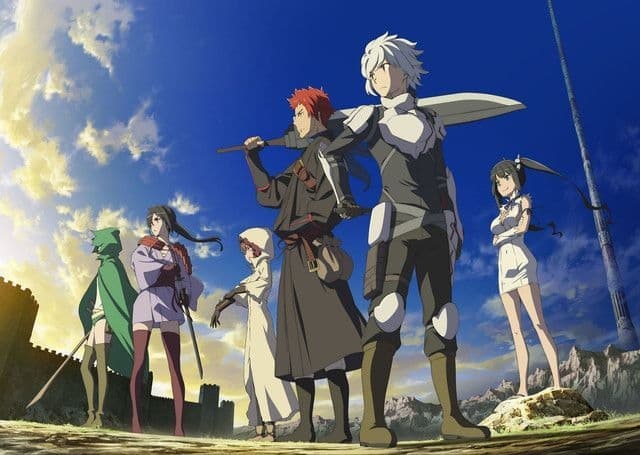