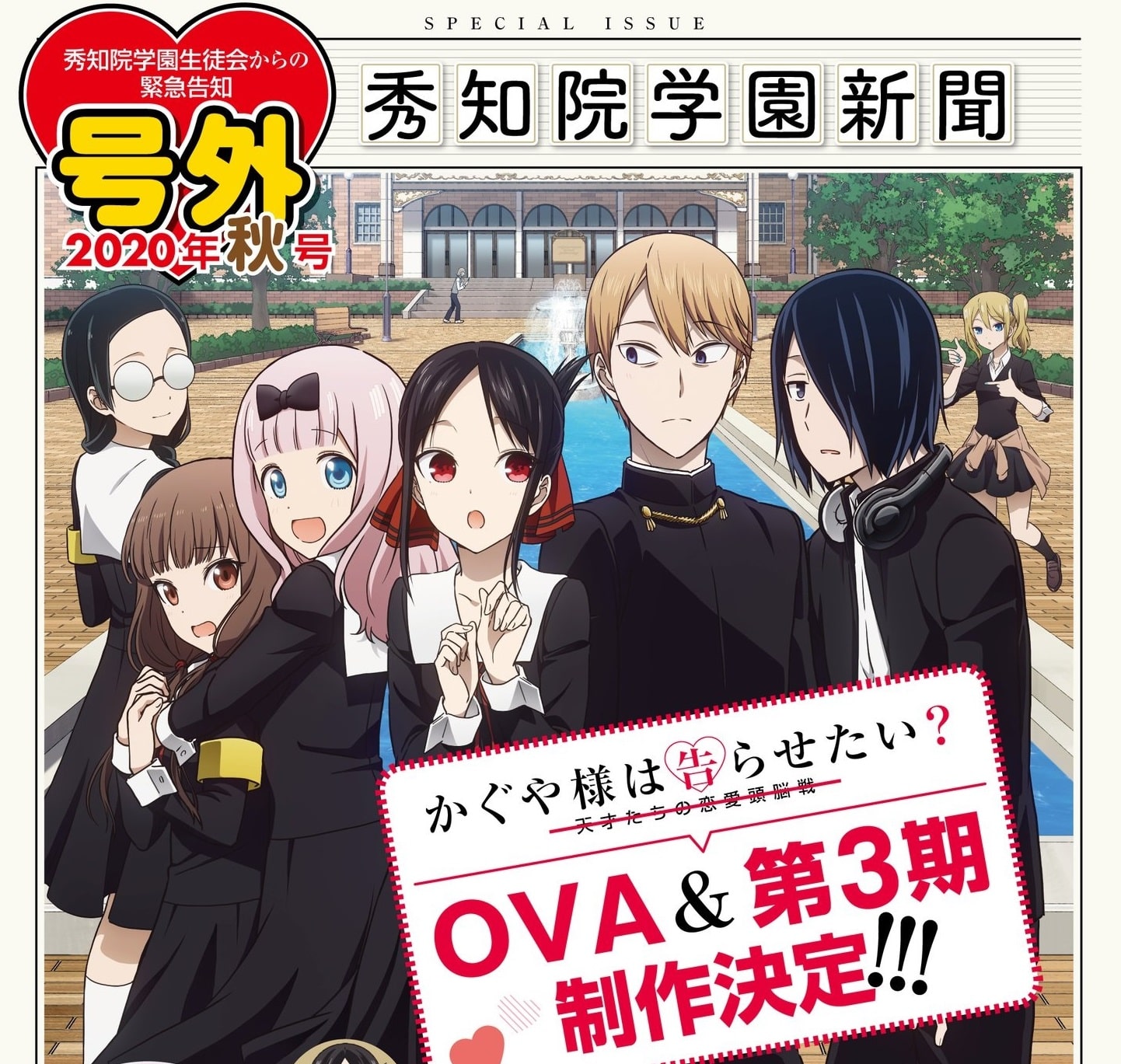 We can expect to watch the Third Season by April on 2021.

official twitter account of the popular rom-com Kugaya sama love is war announced that the 3rd season is coming in 2021. An OVA project was also announced that will air in 2021.

In the video we hear a strong voice, depicting the intense rivalry between Kaguya and Shirogane and their silent love relationship.

In the end of the video we see a photo of Kaguya and her group.

Though the teaser video is short (58 seconds), within 12 hours it has got more than 1 million views. This shows how eagerly fans are waiting to see Kaguya, Chika and Shirogane.

The first season of the Anime was announced in January 2019 with a total of 12 episodes. The Anime adaptation of the popular rom-com received positive and a live-action was also released in September 2019.

Kaguya Sama: Love is War is not only loved for its unique and funny way of representing love, but, the series got more than enough recognition after Chika’s dance become hit. Here, watch it by yourself.

Unfortunately, the video was removed from Youtube due to copyright claims!!

Before Season 3 is release, you can watch Season 1 and Season on these streaming platforms: