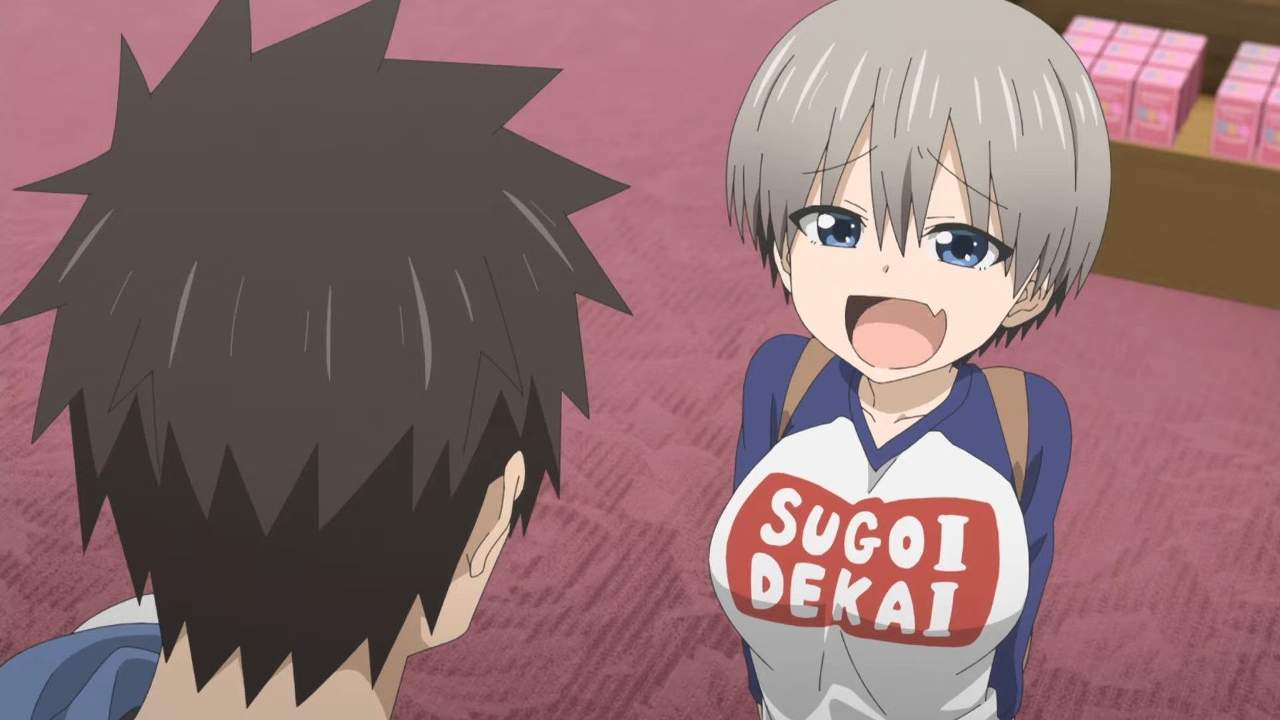 As of yet there is no announcement of the release date of the second season.

But, we can be sure that Season 2 of Uzaki Chan wants to Hang Out will release in 2021.

Though it may also not be possible as the manga needs enough content for a Second Season. We can just hope that the series does not get delayed as fans are waiting for more teasing of Uzaki Chan.

The official website and Twitter announced that the series will be getting a Second Season: Here is the Visual released:

The official twitter handle of Uzaki Chan Wants to Hang Out teased with a Visual Poster of the Season 2.

The Poster shows Uzaki chan running forward holding Sakurai pointing the number 2, indicating Season 2. As soon as the announcement was done, fans couldn’t contain their happiness and the twitter handle was flooded with comments and retweets.

The story centers around Hana Uzaki & her senior at college Shinichi Sakurai. Shinichi who is an introvert and wants to do things by himself is seen as a loner by Hana. To fix this unacceptable situation Hana takes a task upon herself to give company to Shinichi and make his life a bit more jolly and entertaining.

Uzaki Chan Wants to Hang Out series is very similar to Teasing Master Takagi-San. But, there are few differences with the personality of Takagi and Hana.

You can watch Uzaki Chan Wants to Hang Out on Crunchyroll and Funimation:

Is Uzaki Chan Wants to Hang Out worth watching?

Series like Uzaki Chan Wants to Hang Out come under the Slice of Life Genre and usually a great time killer. The series does not have too too much depth, but qualifies in keeping the audience entertained throughout.

Uzaki-chan Wants to Hang Out! is a manga series written an illustrated by Take. The series started its serialization in 2017 and is released weekly in Dragon Comics Age under Fujimi Shobo. The English version of the manga is released by Seven Seas Entertainment. As of now the manga has a total of 5 volumes.