One Piece has characters of all sorts. And among all there are Swordsmen with great skills. The most famous Swordsman is of course Zoro and Mihawk, but can you others too?

Hence, in this post I’ll list down The Top 10 Best Swordsmen In One Piece Ever. Of course, you can suggest me more names if you think I missed some:

If the dead shimotsuki Ryuma was strong enough to almost kill Zoro I wonder how skilled he was when alive! Ryuma was literally called the “Sword God” for his godly skills. It would be safe to say that a Samurai and Swordsman like Ryuma is born once in a thousand years…

The sword “Shusui” that Zoro uses regularly originally belonged to Ryuma. Many staunch One Piece speculate that Ryuma was Zoro’s ancestor…

Mihawk demonstrated his skills when he first clashed with Zoro. He used a finger-length sword to beat Zoro’s three-sword attack. Cruel humiliation for Zoro! His name is matches perfectly with his facial characteristics. Mihawk has a piercing eyes best suited for an expert swordsman.

At of present times Mihawk is approaching his old age. I wonder how strong he was at his peak? He does deserve the “Yonkou” title.

After the all-out battle against Kaido, I can safely say that Zoro has become WAY more powerful than he was before the WAR. Surprisingly he used an ability after freaking 10 years. Which shows how powerful Kaido was.

Zoro has a greater journey ahead, and as the series reaches closer to its end Zoro has very little time to become the world’s best swordsman. I’m already guessing that his final battle will be against Mihawk. I hope Mihawk doesn’t end-up dying…

Fujitora deserves the 4th stop in this list of best swordsman. Why? The first reason is his blindness. Though Fujitora is blind, his skills are powerful enough to spread massive destruction.

If I recall correctly, he also fought Zoro and overpowered him. Fortunately he sensed Luffy as a good person and didn’t plan to pursue him. I’ve a feeling that Fujitora will play an important role at the end of the series. At least fans are speculating an all-out War between the Marines and the Pirates.

Vista is an underrated One Piece character who deserves a little more recognition. We saw how insanely skilled he was when he clashed against Mihawk. What sets him apart is his ability to use swords. He easily fought against Mihawk and also deflected Mihawk’s “Flaying Slash.”

If you’ve no idea what this “Flying Slash” is, this technique is powerful enough to slash through battleships, let alone people and buildings. Vista was able to block the “Flying Slash.”

Rayleigh is theoretically Luffy’s master and the person behind Luffy’s prowess. Being the right-hand-man of Gol D. Roger Rayleigh, at his peak, had enough power to beat even the highest ranking Marines. Heck, look that body! Does he look like an old man?

He is the typical “chad grandpa” who rarely uses his powers, but when he does it’s catastrophic for the opposite person.

Denjiro was a happy and jolly person until Orochi and Kaido planned against Oden. We may never know what happened in that room that changed his entire persona but he became a man full of determination.

He is easily the strong swordsman in Red Scabbards. Why, he is skilled enough to fight Zoro at his peak capacity. Unfortunately he could do very little against Kaido…

Honestly Cavendish is one personality whom you should never mess with. He is a narcissist but when his inner devil is woken he becomes stronger than almost every swordsman in One Piece universe. The real reason why he is so lethal with his swords is: “Unpredictability.”

He is insanely unpredictable. Hence, his opponent would be slashed by the time he/she understands his moves.

Okiku/Kiku is an experienced Samurai and a member of the Red Scabbards. Though she is not as skilled as her elder brother Izou, she did pretty well against Kaido. Unlike other Red Scabbards Kiku is not that intelligent and most of her decision are based on emotions.

But when it comes to swordsmanship, she is way stronger and skilled than an average Samurai. She also has great endurance as she continued to fight even after getting her arm chopped off.

Being one of the members of the Red Scabbards, Kawamatsu is pretty skilled with swords. On top of having astonishing stamina he also great endurance while fighting way tougher enemies than him.

As soon as he was released from shackles Kawamatsu went on to annihilate a large number of Beast Pirates. He also stood pretty fine against Kaido and other high ranking members of the Beast Pirates.

Killer is the so-called “Dark Horse” whose abilities and powers were mostly hidden. But after his latest clashes with Zoro it was pretty clear that he’s a beast. He almost slashed Zoro, and I don’t think he was even seriously fighting.

Killer’s brotherly relation with Kid is same as Zoro’s relation with Luffy. Both are dependent on each other’s strength, and both trust each other with their life. I was reading One Piece fan pages and many fans want to rematch between Killer and Zoro. 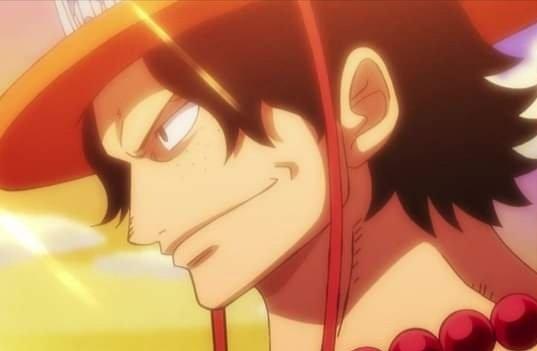