All the Red Scabbards are ready to land an all-out war against Kaido and his army. Ashura revealed that since 20 years he has been gathering Ships for his growing samurais, and on the other hand Kawamatsu reveals his heartbreaking story of how he got separated from Komurasaki. We will get to see much more revelation in Episode 954, let’s look into it.

In the beginning of the Episode, we see Kawamatsu trying to commit suicide by Seppaku because he could not find Princess. He blames himself for being a loser and sites the reason that he was incapable of protecting her.

Kawamatsu is also hungry and doesn’t know what to do! And then he finds a grave full of swords. On the grave was a Fox who was tirelessly working to keep the Sword robbers out. After Kawamatsu looked at the Fox closely, it was Onimaru, the Fox Companion of Shimotsuki Ushimaru, the Late Daimyo of Ringo.

Kawamatsu tries to befriend Onimaru but, he was injured after facing several enemies. The next scene switches to where both Onimaru and Kawamatsu are resting. Onimaru is later enraged when he sees that the Kawamatsu whom he trusted, was also a Sword thief who came here not to befriend, but to persuade him.

Onimaru goes on to severely harm Kawamatsu, and then Kawamatsu explains while digging graves, the reason why he was going so far to get some swords. After listening to Kawamatsu, Onimaru too, joins Kawamatsu to dig graves.

Later, we see that Kawamatsu and Onimaru are guarding the bridge from where most Swords thieves came. And after the thieves asked who he was, Kawamatsu said “Hyukimaru“.

After Kawamatsu is caught, Onimaru, takes the form of a Warrior Monk and names himself Hyukimaru. And since that day, Hyukimaru guards the bridge and attacks anyone who tries to pass it.

The Sword that Injured Kaido

In past episodes, Hyukimaru explained Zoro that after Shusui got stolen, the country was destroyed because the God was unhappy. And now since, Hyukimaru has found the sword, he won’t leave until he gets hold of it.

But, since we know how passionate Zoro is when it comes to Swords, he refuses to give it. But, after Hiyori said Zoro that, she had Enma, the sword Oden used personally to slice Kaido, Zoro gives a grin showing that he is now more interest in Enma rather than Shusui.

Let’s see how strong Enma is and whether Zoro will be able to handle it’s power.

You can watch One Piece on these platforms 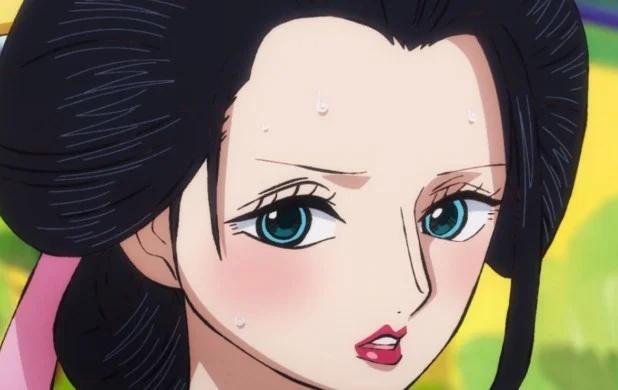