Chainsaw Man is Finally gathering the attention it deserved. What can I say about the series? The more I say, more complex it becomes, but, that’s the beauty of the story it consists!

Tatsuki Fujimoto launched Chainsaw Man in December of 2018. “That’s a relatively new series!” you would say, but what’s more interesting is that the series has already completed Part-1, that too at the end of 2020.

So, what’s so much hype about a manga that barely ran for 2 years? It’s the intensity of the series’ portrayal of life/death. I, just for a joke, call this manga as the “Game of Thrones” of manga world. And, if you’ve watched GOT, you know what I mean.

The story is too fast to grasp, if you miss one Chapter, there’s a high chance that you’ll find it hard to follow until you read the missing chapter. And, what’s common in the every chapter? “Character’s Death,” even the most important ones. Heck, the mangaka didn’t even spare the protagonist Denji from death!

And, that’s what I’m going to explain today! Not only about the protagonist’s death, but also other important questions regarding his powers, his companions, etc.

Contents hide
1 How Strong Is Denji Without Pochita?
2 Is Denji A Devil?
3 Does Denji Die?
4 Is He Immortal Now?
5 Can Denji Revive Aki & Power?
6 Conclusion
7 Read Chainsaw Man

How Strong Is Denji Without Pochita?

Before Denji made a contract with Pochita, he was just a poor orphan boy whose each day passed in suffering burdened with his father’s debts. There’s no information about the life he led when his father was alive, but it obviously wasn’t good. Or else, why would he bury himself in so much debt?

Coming back to the time after his father’s death. He met Pochita in the graveyard the day his father was buried, hence, here too it’s hard to say about his strength before Pochita arrived in his life! He was just a kid when his father passed away, hence, there’s high chances that he was weak and innocent!

He had no option but, to complete all the loans his father had taken, hence, he had no option but to use Pochita as chainsaw to cut trees, and also hunt Devils. So, as we can see, from the very beginning Denji started living alone, he has been entirely dependent on Pochita’s powers.

But, kids are fragile and innocent, what about the grown up Denji? How powerful is he without using the Chainsaw Devil’s(Pochita) power? Well, there’s no panel in the manga where Denji hasn’t used the Chainsaw Devil’s power when necessary. The only time he used his “human” power was while hitting Aki and Katana Man, and he performed like any other boy 16 years of ago would perform!

So, don’t be surprised by the answer, but Denji was one heck of a lucky guy who made a contract with the most powerful Devil in existence, or else he would be just an average guy, most probably dead by now!

Is Denji A Devil?

Is Denji the Chainsaw Devil? 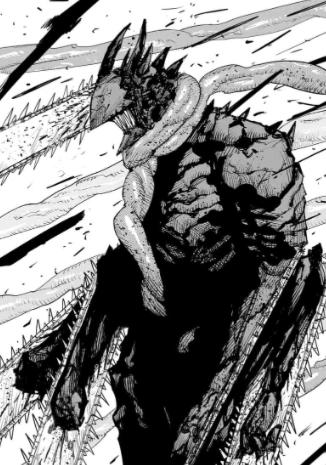 The image you see above is of the complete manifestation of the Chainsaw Devil. And, that’s what Makima wanted from the very beginning of her meeting with Denji.

The manga has portrayed that the appearance of a devil, especially an extremely powerful devil is not very common, and since the Chainsaw Devil is also called the “Hero of Hell,” its appearance is a event on its own.

Who would believe that the Devil above is the cute canine face Pochita?

The most important question about Denji, and probably the reason why you’re reading this! Well, the image below shows it all.

Does Denji Die In Chainsaw Man?

Yes, Denji dies in Chainsaw Man after the Yakuza chopped-off his body. But, Pochita merged and revived him after that. 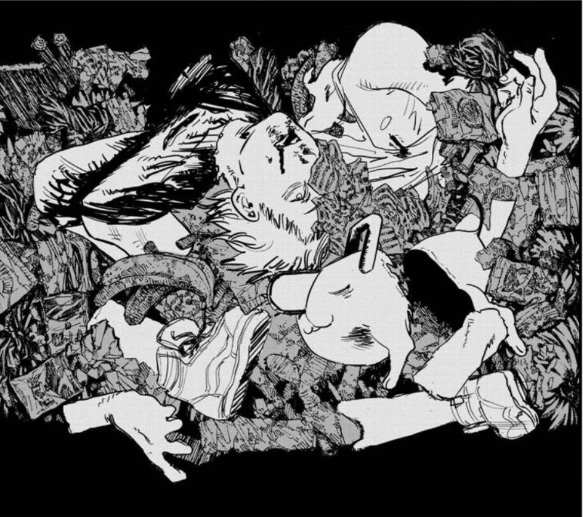 Though Pochita’s physical body disappeared after merging with Denji, he was always present with him. That’s why I called Denji a one heck of a lucky guy. If he never shared his blood and made a contract, he would have died for good that day.

What’s more interesting about this whole thing is that, now that Pochita was inside Denji, they both could communicate with each other. And this was shown after Pochita revived Denji by sacrificing himself.

Hence, after this incident, the Chainsaw Man was born and the ball(story) kept rolling from that point until it didn’t.

Is He Immortal Now?

Technically Yes, but practically No! As I said before, Denji is one of the most uncommon cases of “Hybrid.” Hence, he can lead a life of a Human and can also transform into a Devil.

Now, let’s say he is engaged in a fierce battle and is heavily injured, close to death. Devil, Fiends, Hybrids have this common trait that they can refill their power by drinking blood. It doesn’t have to be a Human’s, but a Devil, Fiend or Hybrid.

Technically giving them infinite health if the supply of blood never finishes! Hence, that same rule applies to Denji too! The manga has portrayed this again and again! Denji was critically injured countless times while training, and got revived as soon as he was fed blood. He fought a Devil for many days without break. He could go on since he got infinite blood supply from the Devil he was fighting against.

Now, the scenario completely changes when there’s no supply of blood or extremely limited. Even a Devil will die when they get weak from continuous blood loss. In these cases a Devil is fragile and mortal.

Difference Between Devils, Fiends, Hybrids!! Which Is The Strongest? SPOILERS!!

The concept of “revival” is very personal in Chainsaw Man! In the previous section, I said how Denji or an usual Devil, etc can be immortal and mortal depending on the situation they are on. That applies in many situations as well!

Aki is the only character in the series who had contract with more than 1 Devil. His entire life was spent in pursuing revenge against the Gun Devil. And, that’s why I call Aki as the most tortured soul in the manga.

He lost everything just for the sake of revenge! But, why am I calling him the most tortured soul? He died as the very thing he swore to destroy. 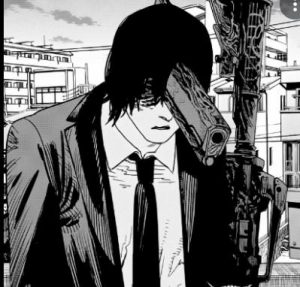 Isn’t it sad? The above image is Aki killed and taken over by the Gun Devil. In the end, who killed him? Of course Denji. This is undeniably the most painful portion in the manga. What’s worse is that Aki didn’t realize anything when this happened!

No, Denji cannot Revive Power. The same answer applies in Power’s case too. Denji and the Chainsaw Devil is not a God or any other higher-being that he will just revive someone from the dead. 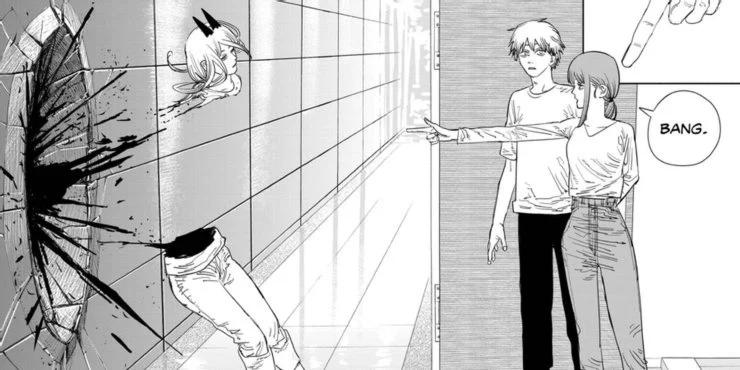 In the above image you can see how Makima killed Power in front of Denji only to secure her motives. If You don’t know, then, Power is not a Devil, she is a Fiend. The Devil associated with her is the Blood Devil.

Hence, the one who will return from Hell is the Blood Devil, not Power or even Aki(Gun Devil Fiend).

When you will start reading the manga, or watch the upcoming anime, in the beginning it’ll be odd and sometimes funny to see how fragile a character’s life is in this series. But, it becomes normal after reading many chapters.

If you’re impatient and thinking of diving right now, then I should remind you that you’ll need a steel-heart to absorb the feels this manga will hit you with!

And, if you’ve completed the manga and waiting for Part-2, then Welcome! I’m with you in this journey. I read the manga when it was in serialization and I drove the “speculation rage” in every forum, from Reddit to many other unknown forums that I no longer remember.

It’s almost a year since Chainsaw Man has ended. I think it’s about time that Fujimoto sensei gives us a glimpse of what Part-2 is supposed to be!

You must have watched countless anime by now. But, what if I tell you that the list of great anime goes one? Today I’ll list 10 Best Slice of Life Anime. Maybe you have already watched them, or just heard of them. But, from my own experienced the list below is just GOLD!! These Anime…