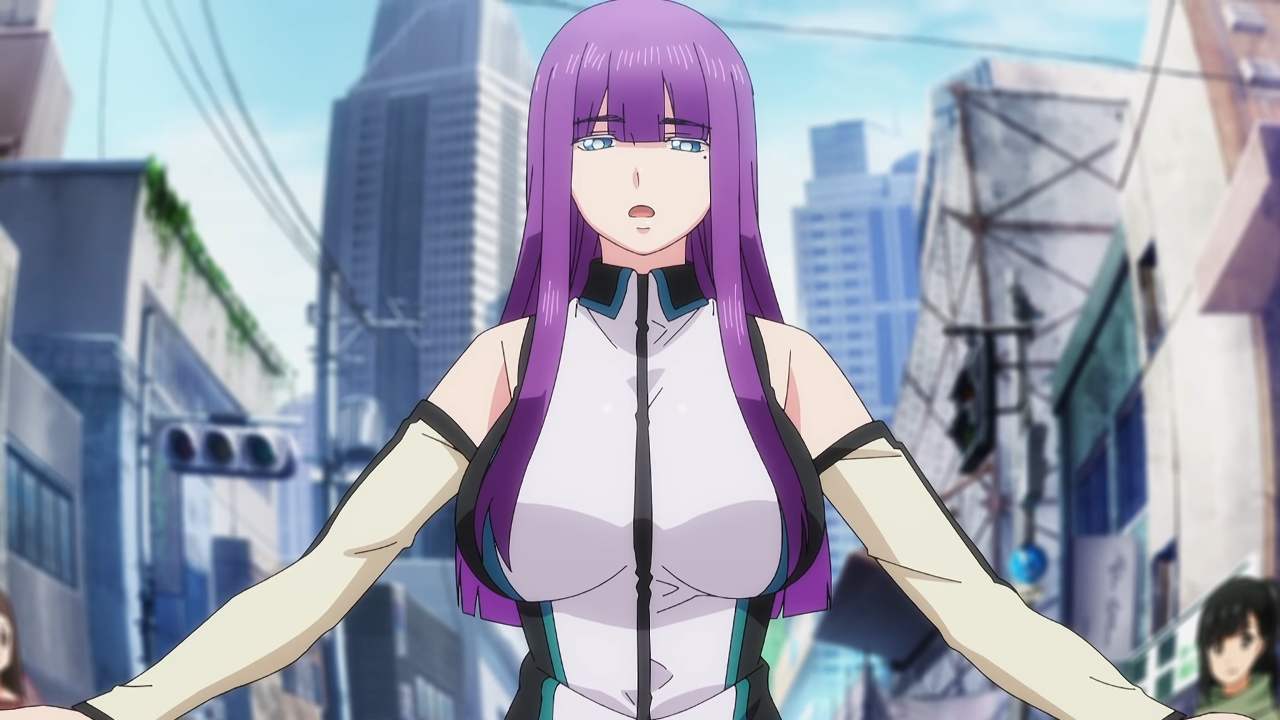 What could go wrong when an extremely strong virus gets out of hand? Well, we have quite an experience with this particular subject since 2020. World’s End Harem is a series perfectly suited for such scenario, only worse.

The manga showcases a scenario where a mysterious virus named MK Virus has wrecked havoc in the world. What makes this virus unique is its ability to kill only Men and not Women, hence, the name MK Virus(Male/Man Killer Virus).

The story might feel a bit awkward, but believe me, it’s not.

Please be aware that the visuals of this manga is strictly 18+.

Contents hide
1 Mira’s Real Identity! Is Mira Elisa?
2 Why Was Mira Created?
3 Will Rito Ever Meet Elisa?
4 Did Elisa Create The MK Virus?
5 Who Will Rito End-Up With?
6 Does Anyone Die In World’s End Harem?
7 Conclusion

Now, here’s the prime question that comes while watching/reading World’s End Harem. Keeping aside Mira’s busty body figure, her face has a slight resemblance to Elisa. And, since Rito(the protagonist) didn’t met Elisa after waking up, even he doesn’t know whether Mira is Elisa? So, the real question is whether these two women are the same?

Mira is not Elisa. She is clone created to mate with Rito.

Things get a bit more complicated as the story progresses ahead!

The mangaka took a clever decision to reveal a hint about Mira’s identity as early as possible to create more suspense. In Chapter 7 Mira looks at Elisa’s picture in such a way that most of us readers will fall into the conclusion that, “Yes, that’s it, this woman is Elisa.” And, yes, I was in that bandwagon too!

But, hold on, just after few chapters(Chapter 11) it’s revealed that Mira was specially created and heavily trained to “become” Elisa. Mira’s body is synthetic, which means her body was intentionally designed in such way. The reason? As you already know, so that Rito could mate with her.

Why Was Mira Created?

Yes, you already know that Mira was created specially for Rito so that he can mate. But, this alone could not be the reason behind such high-end project isn’t it? Well, yes, Rito being able to mate was the prime reason behind her creation.

The thing is, after the MK Virus breakout the world lost almost all men and only 4 survived. The absence of men created an unbalanced world of only women. Artificial reproduction wasn’t working as well, hence the only way to increase men population was through natural ways.

But, there was a problem. Rito was fully dedicated to his childhood friend Elisa, whom he loved the most. And, hence, it was highly unlikely that he would mate with anybody else other than her. But, Elisa disappearance made this impossible.

Hence, to manage this issue, Mira was created as the closest substitute with a physical body too attractive to turn down.

Will Rito Ever Meet Elisa?

Now that Rito knows that Mira is not Elisa and only has a resemblance, he wants to meet his childhood friend as soon as possible. But, the thing is, he doesn’t know how! Does that mean he is stuck in a jail only spending his days thinking about her?

Yes, Rito finally meets Elisa in Chapter 53. At that time Elisa was staying in Taiwan. 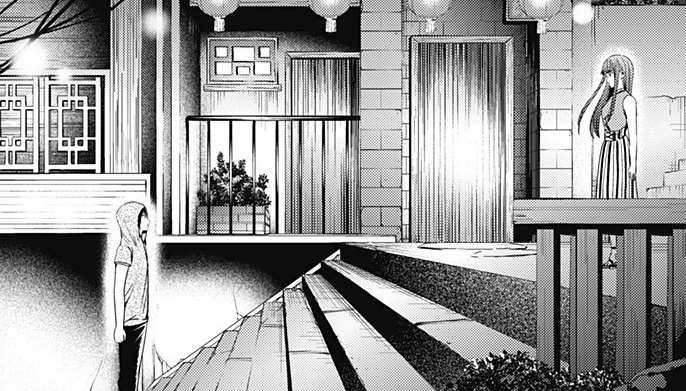 Rito meeting Elisa came after quite a struggle and also practically breaking the law. If you have not read the manga, then it has 85 Chapters in total, and Rito met Elisa in Chapter 53. That’s more than halfway through the story.

Their meeting wasn’t as emotional as expected. Though Rito was excited to meet his childhood friend, on the other hand, it didn’t seem that Elisa was happy! Or maybe she was and had some other things in her mind.

Did Elisa Create The MK Virus?

It was Elisa’s pre-recorded video that revealed that the MK Virus was not a natural Virus. It was rather created intentionally.

Who Created The MK Virus In World’s End Harem?

No, Elisa didn’t create the MK Virus. It was the higher-ups of the UW(United Women) who created it. Their hidden aim was to eradicate Men from Earth and establish only women society.

No wonder Satoru Gojo wanted to wipe-out the higher-ups. It’s these guys who are the real headache!

In Chapter 47 Elisa did a broadcast on live TV and proved that the higher-ups of UW(United Women) intentionally unleashed the MK Virus into the world.

The news created a spur among all the women, and this incident was alone to dent UW’s reputation. Elisa’s allegation was proved more correct when the Chloe Mansfield(one of the higher-ups in UW) immediately went into damage control and tried to prove the claims as a “hoax.”

Who Will Rito End-Up With?

Isn’t that more obvious? A guy who never touched any woman only because of his love for his childhood friend will end-up with the only one he loves!

Who Will Rito End-up With?

Rito never mated with anyone even though he got so many beautiful women. It’s obvious that Rito will end-up with Elisa and no one else. 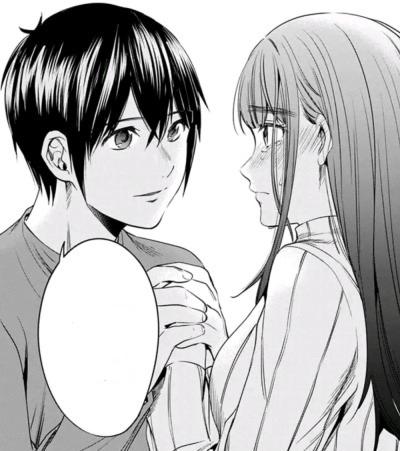 It’s pretty remarkable that Rito was able to hold-on to just one woman his entire time, but, here’s a catch!

In Chapter 63 Rito met with a fortune teller. The granny was famous for her insanely accurate predictions. And upon seeing Rito’s future, she said:

“He will have two paths: The first is where he lives happily with the woman he loves, and the second is the world where he is completely destroyed and played with different women.”

So, everything is on Rito and the decisions he makes. For now, the only one who he loves is Elisa and the closest to her is Mira. He also mated with the two, so for now everything seems pretty fine. Only future will tell(If the manga resumes) how his decisions impact his and everybody’s lives!

Does Anyone Die In World’s End Harem?

Since the entire series is based on the demise of countless men all over the world, I won’t take them into account. The other known person to die in the manga was Minister of Technology! Personally speaking, I didn’t like her from the beginning of the series, but she didn’t deserve to die.

UW killed her in a raid. Though she was the Minister of Technology, her demise didn’t affect the storyline very much. Rather, she was accused of using illegal medications on women and use them as lab rats. She also forced Rito and other victims to mate. Fortunately he was saved at the right time.

In conclusion, you can say that her outspoken and daredevil attitude killed her!

Will Yamato Join Luffy? How Strong Is Yamato? SPOILERS!!

Keeping aside all the “ecchiness” in the manga, the story is rather interesting! From my own experience, World’s End Harem is one manga that has properly balanced “ecchi” and a proper storyline.

The ecchi part works as a boost for most readers when things start to get a little bit boring. On the other hand, when the manga follows the main story, ecchiness is pretty non-existence.This plays good with the series maintaining a staunch reader-base.

The manga has probably finished Part-1 of the story, and is on a break ever since. As of now, World’s End Harem has 85 chapters, and after reading the 85th Chapter it’s clear who are the real culprit behind everything that has been happening in the world. Talking about the continuation, there hasn’t been any such news or update as Chapter 85 ended with “To be Continued!”

And according to what I’ve found out, a different manga named, World’s End Harem: After World is in serialization since May 2021. Fans are saying that After World is the second part of the original World’s End Harem.Yes, the characters appear from the previous part, but the series is new and we’ll have to wait to see more chapters release.