Who is the strongest Character in Black Clover? Is it Asta? Yuno? Yami? Who is it?

With this, let’s Dive DEEP:

Only the future chapters will say how much has she expanded her strength…But for this list, she is okay with the 16th spot….

Lolopechka’s magic is like “Domain Expansion” (Jujutsu Kaisen). She can speared her magic all around Heart Kingdom and monitor every movement. She also has control over the Water Spirit Undine. On top of that she can access experience of the previous Queen of Heart Kingdom.

Moreover, she is an expert healer who can heal anyone with her water techniques. The only backdrop about her magic power is that it cannot be used efficiently for attacks.

Gaja is chad! He has lighting magic, is the most powerful magic knight in Heart Kingdom, almost killed Megicula, survived and in the end confessed his feelings to Lolopechka with a straight face…Jokes aside, Gaja is the Spirit Guardian at Heart Kingdom and is directly responsible for Lolopechka’s safety.

Unfortunately, we only saw him at his full powers in the manga. I’m pretty sure his techniques will be great when animated.

Nozel Silva is Noelle’s elder brother and has Mercury Magic under his command. Mercury is one of the hardest things to control. Having control over such thing simply proves that Nozel has great control over his magic.

Since he is the exact opposite of his siblings, Nozel hardly reveals anything about himself. He is Tsundere though! 🤣

Mereoleona Vermillion is like a fierce goddess. She does only one thing in life. Fight! She might like Luck a lot! Mereoleona has fantastic control over Fire Magic and can easily beat enemies that are 100x bigger and stronger than her!

But, just being fierce is the only thing that makes her an insane magic knight! It’s her courage. She is never afraid of anything and every fight for her is like the final fight of her life.

William Vengeance has not like the the other Captains. When other Captains use brute-force to break the enemy William uses his brain. Of course he is also great at fighting but his magical power is more insidious.

The enemy is defeated even before he/she knows it…

You might argue that the Witch Queen doesn’t deserve such low ranking in this list. That’s true but she has some weakness too! Keeping those aside, the Witch Queen has command over Blood Magic. She can perfectly control someone’s life.

Not just that, she is also an expert healer and she healed Asta’s hand without any issue.

Patolli/Patry was an Elf who took a vow to destroy Humans for what they did to their clan. His magical powers were exactly similar to Licht’s. Hence, that’s where all this power can from.

He was also the leader of “The Eye of the Midnight Sun,” and commanded over Vetto, Rhya, Fana and others.

Fuegoleon Vermillion is the Captain of Crimson Lion and has command over Fire Magic. Hence, everything about him is “fire.” His sheer presence is like a sledgehammer powerful enough to crush a peasant.

fuegoleon has become more powerful after he got access to the salamander. He has great potential to become the next Wizard King.

Unlike other characters in this list, Licht was not a Human. He was an Elf. The Elves inherently have more magic than the Human because of their close relation with nature. Licht was the most powerful among all the Elves. Hence, making him an immensely powerful character.

He was powerful enough that the Wizard King had to personally fight him. The even more surprising thing is that the Demon Dweller Sword Asta uses is Licht’s.

Yuno Grinberryall is the only person in the manga to have a four-leaf Grimoire. So, he was unique from the very beginning. This much have direct relation with his parents. They were King and Queen.

Yuno is also the most blessed Magic Knight. He not only have a powerful spirit, but also two Grimoire. One has Wind Spells and the other has Star Spells…

Yami Sukehiro has Dark Magic which is one of the most unique magic forms in Black Clover. Darkness is more powerful than light. In simple words, Yami’s Darkness Magic can bypass anyone’s magic simply by devouring it (not like Asta).

Yami might also hold some relation with the Demons. Most Demon’s magic have a lot of resemblance with his Dark Magic.

When combined with Asta’s physical prowess and Liebe’s anti-magic, Asta becomes a powerful force. He literally becomes unstoppable when he begins slashing his swords. The better part? In the Spade Kingdom arc he had just learned to use combination with Liebe.

He surely must have grown a lot after more than a year time-skip.

Before getting stabbed by Patolli/Patry Julius Novachrono was practically impossible to beat. He not only had immense control over magic but also has the the most unique Grimoire among all magic knights.

Julius has speed, magic, physical strength, intelligence. Everything that’s suitable for a Wizard King and the strongest Magic Knight.

Now, this is the most controversial one! Astaroth was residing inside Julius for who knows how long. And now that he has revealed his true identity we fans are in a limbo to learn about his real power.

What’s worse is that we still don’t know whether Julius is gone?

Lucifero is the Strongest and the most powerful Devil in the Demon Realm. He commands over Gravity Magic and his sheer presence is enough to crush the weak. Don’t even ask how much mana pool this dude has! It’s theoretically infinite.

Asta was the only one who could have defeated him because he had anti-magic. It’s simply impossible to surpass Lucifero’s magical presence…

Black Clover creator (Yuki Tabata) hasn’t yet revealed Astaroth’s real form. Maybe we’ll see him when Black Clover reaches end. But he sure is powerful because he is one of the highest level demon who got replaced by Megicula after his sudden disappearance.

Astaroth rules over time. Well, I don’t there’s anything else to talk about someone who can control time!

The manga never revealed Beelzebub’s real face, but the one who had access to his magic was Zenon Zogratis. And other manga series have shown, Beelzebub is really powerful.

Beelzebub is the Demon of gluttony and that’s exactly what happened to Zenon in the end. Beelzebub consumed everything Zenon had ans in return gave him extreme prowess over magical energy.

Lilith and Nahamah are two devil who are already insanely powerful when fighting as an individual let alone when fused. When Lilith x Nahamah happened Nacht was helpless and could not do anything.

In fact I won’t be exaggerating to say that when these two are fused, their power is easily comparable to the highest level Demons in the Demon Realm.

Megicula is the only female devil in Black Clover. She possessed Vanica for years before she was forced to appear in real form. Megicula is so powerful that after Astaroth suddenly disappeared from the Demon Realm she was announced as his successor.

Despite her very short height, equivalent to a little girl, Megicula has immense magical powers. She was able to withstand Gaja’s ultimate attack and lived. I don’t what could have happened if Noelle wasn’t there with her awakened powers combined with Undine.

Zagred is probably the most hated devil in the manga. He single-handedly destroyed the elves and humans. He was also indirectly responsible for the Elves’ hatred towards Humans. He has some really terrifying power for a Devil who is not even that high level!

Hard to believe that it took so many magic knights from both Heart and Clover Kingdom to finally slay him. Also, I don’t think it was possible to beat with without the Asta’s anti-magic and Yami Dark Magic.

As of writing this, Black Clover creator (Yuki Tabata) hasn’t revealed anything about Adrammelech. What type of magical power he has, and whether he is also as strong as Lucifero? If you ask me, I don’t get a good feeling when I see this guy.

Because it’s a manga cliche that when a character doesn’t reveal anything about his/her powers, they are seriously OP. I hope that’s not the case with Adrammelech!

Before I end this, here’s what I read about the real Adrammelech: “He seems to be very close to Lucifer!” At least I can say this that he has enough magical strength to withstand Lucifero’s Gravity Magic without breaking a sweat!

We have finally reached the end of this exhausted list of Black Clover Strongest Characters. I don’t think I have missed anyone who deserves to be in this list!

I will keep updating this list especially when Adrammelech and Astaroth finally reveals their real strength. Until then!!

Who Is the Strongest Magic Knight In Black Clover?

Julius Novachrono is the Strongest Magic Knight in Black Clover.

Is Lucifero The Strongest Devil In Black Clover?

Yes, Lucifero is the Strongest Devil in Black Clover. 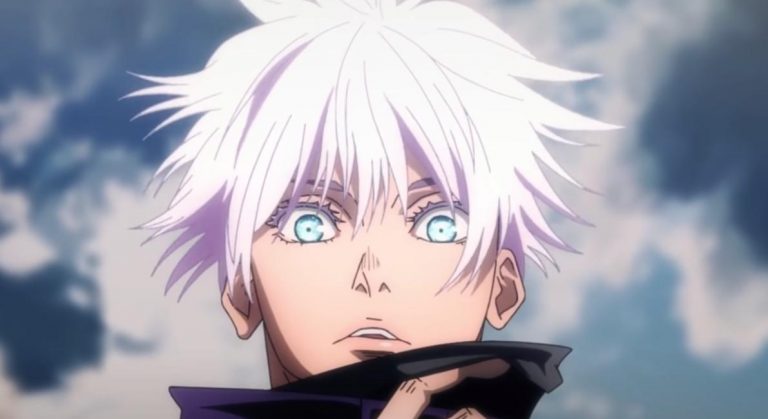 Why does Satoru Gojo wears a blindfold? Isn’t this the first question that come after seeing his eyes covered? And we all know that it’s a cliche that a manga/anime character is insanely powerful when their eyes are covered!! But, in Gojo’s case, it’s not just some reason to cover his eyes. Hence, today, I’ll…