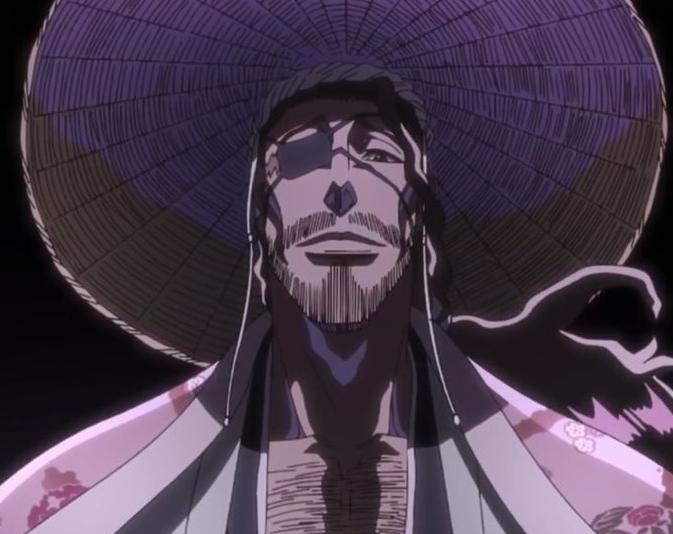 Who is the Fastest Bleach Character? The term Flash-Step is regularly used and we see almost all Shinigami use it to cover great distance in short periods of time.

So, today I’ll point down the Top 10 Fasest Characters in Bleach. These guys have ungodly speed, probably faster than sound!

These Are The 10 Fastest Characters In Bleach

Coyote Starrk is the 1st and most probably the strongest Espada under Aizen’s command. Other than having raw fighting strength, he is also insane fast. And that makes it even more harder to fight him is his ability to counter attacks.

In his last battle he was able to suppress Ukitake until Kyoraku finished him. If it was some other Soul Hunter less powerful and experienced than Kyoraku then he/she would have easily been killed.

Byakuya almost killed Ichigo when he first met him. Byakuya was so fast that it took some for Ichigo to understand that he was slashed. He continued to increase his Flash-Step and by the end of the manga he had become insanely fast. WAY more faster than he was before.

If that wasn’t enough, he also easily defeated Renji when he was using his Bankai at full potential. Yes, Byakuya’s Flash-Step is not as fast as let’s say Yoruichi, but he is really fast indeed.

Ulquiorra almost annihilated Ichigo when he faced him for the first time. The reason was not just strength, but the insane speed he had to face from Ulquiorra. Whatever Ichigo did, Ulquiorra would easily tackle him and let him bite dust.

In fact I thought Ichigo struggled more to beat Ulquiorra than to beat Aizen. Correct me if I’m wrong, but I literally felt the friction Ichigo was facing while fighting him…

Kyoraku is pretty good with Flash-Step. Old man Yamamoto accepted the fact that Kyoraku was faster than before. Though the scene hasn’t got animated yet, but when he unleashed his Bankai, he was as fast as light.

We never got to witness how fast old man Yamamoto was. But when Kyoraku and Ukitake tried to run away from him, he was already waiting to counter them.

Considering how fast both Ukitake and Kyoraku is, Yamamoto must be insanely fast…

Sui Feng used to consider Yoruichi as her role model. And after Yoruichi left Soul Society she promised herself to become faster than Yoruichi and become way better than her. She trained extremely hard and the result? She is extremely fast.

The interesting thing is that she even surprised Yoruichi with her speed. We can say that with constant training she can become faster than Yoruichi in few years…

Yhwach does perform the same techniques as most Shinigami in this list does. Yes, he doesn’t “Flash-Step.” Then how is he fast? Well, he never moved fast in the manga, but his reaction time to anything was instant.

When Ichigo unleashed his most powerful Bankai and attacked Yhwach at full speed, he was able to not only stop him but also subdue his technique within seconds. We can call it fast can’t we?

Well Ichigo having such high rank is controversial. I know why is that. Yes, he was pretty slow in the beginning of the series, but as time passed and he got more used to Zanpakuto and his techniques his speed grew.

In fact, by the end of Bleach he became so fast that he covered 1 week of a distance in just half a day…I will leave the decision to you.

I think you might already know why she is called the “Goddess of Flash Step.” It’s said that when she was the Captain of 2nd Division there was no one in the entire Soul Society who could match her speed.

And we also saw how fast she was when she met Byakuya after many years. Even then Byakuya wasn’t able to topple her at Flash-Step. That’s Yoruichi for you!

Who Is The Sexiest Female Character In Bleach? Is It Nel?

I still think that Aizen is the fastest Soul Hunter alive in Bleach. He simply ravaged everyone and everything when he revealed his true identity. Yes, I accept that Ichigo did surpass him while fighting, he couldn’t maintain it for longer periods of time.

On the other hand, Aizen can flash step like it’s nothing. That’s why he is also called one of the most powerful Villain in any manga…

Well, we have finally reached the conclusion. So, what do you think? Is the chronological order suites well with what you think?

I am still pretty much confused with the top three… I think Ichigo has gotten considerably faster after his final training. But, I don’t know whether he is faster than Aizen and Yhwach!

Please let me know what do you think…

Who Is The Fastest Character In Bleach?

Aizen is the Fastest Character in Bleach.