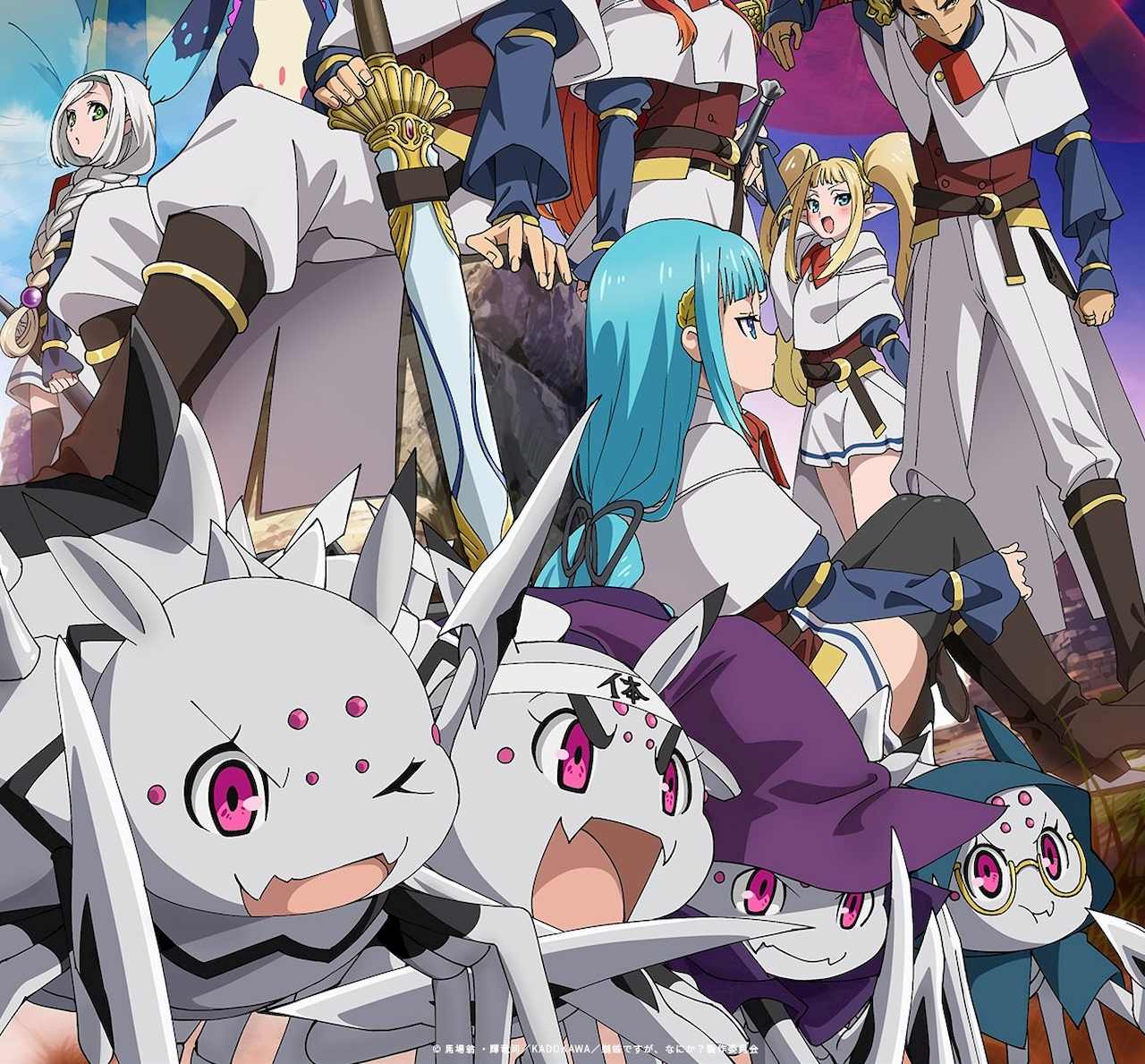 Kumo desu ga, Nani ka? takes the overcrowded genre of isekai into a whole new level. It’s common to die as a human and be born as a human in an isekai series, but, there are two series that takes us into a whole different ride.

The first one is “That Time I Got Reincarnated as a Slime” and the other is “Kumo desu ga? Nani ka?” But what makes Kumoko interesting to watch?

It’s the pace of the series. Unlike usual isekai, where the character becomes godlike instantly after being born or stays weaker than a flower, Kumoko is born, but, built herself to such perfection.
Okay, enough talk, let’s look into the upcoming episode and recap.

Poor Kumoko. She tried so hard to reach the ground and eat some good food, but, for her, problems are like daily cup of tea.

For now, her biggest problem is her own mother. On the other hand she has also found a child who is supposed to be a dracula? And, the child is also a reincarnation? The more I think about it, the more complex it becomes.

Well, at least one thing has happened with her. The village she is staying at present has accepted her as the divine beast. The reason? They worship spiders.

And, when one of the villagers came to Kumoko for her child’s treatment, she cured cancer. That’s some OP healing skill. What could have happened after that?

The next day it’s a long line of ill villagers who are waiting to get cured.
Now, in one way, it’s good for Kumoko, she can freely roam in the village and eat something tasty. But, she may end up attracting unnecessary attention.

Well, only the upcoming episodes will show what decision Kumoko takes…

New episodes of Kumo desu ga, Nani ka? goes live every Fridays. Episode 19 will release on , May 21, 05:30 (PDT).
There is not preview of Episode 19, but, episode 18 ending indicated that our dear Kumoko will either run away from the village or embrace it. But, villagers welcoming a monster is a positive indication for her.