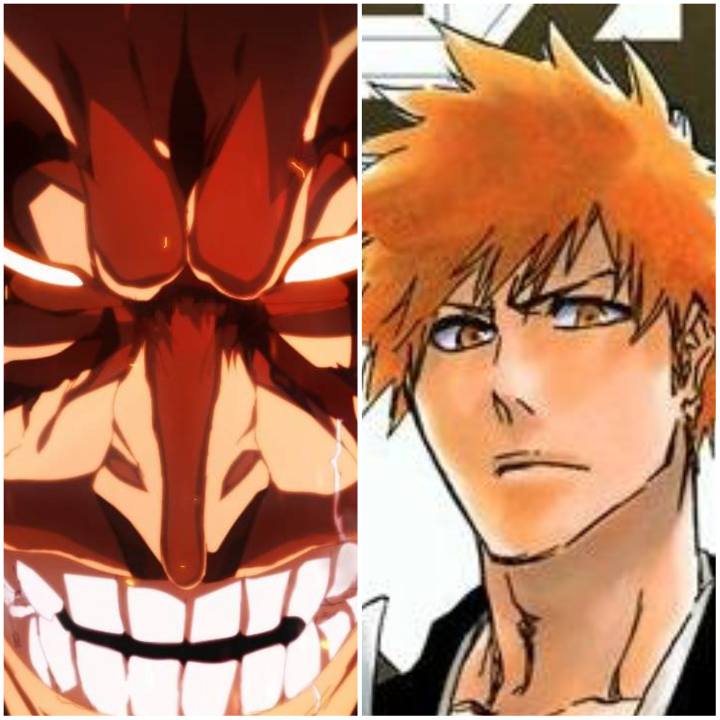 Who is stronger? Is it Kenpachi Zaraki or Ichigo Kurosaki? In this post, I’ll compare both of them in term of almost everything you can think of! Be it physical prowess, Spiritual Pressure, Bankai, battle experiene, etc.

I have tried to keep this post as balanced as possible to finally come into a conclusion about their strength.

With this, let’s dive in:

Ichigo has stronger Bankai than Kenpachi.

Isn’t it surprising that even though Kenpachi has been a Shinigami for a long time, he achieved Bankai after really long time? Maybe because he was too focused on his physical prowess. Well, we have seen in the Manga, everyone is capably of reaching unlocking Bankai if they have enough mastery over their skills.

And that’s what finally happened with Kenpachi as well! Of course Ichigo achieved Bankai WAY before him, but if you ask me, Ichigo’s Bankai is on a completely different level!

From the beginning until the end of Bleach, we have seen Ichigo unleash different types of Zanpakuto. The Zanpukto he had at the beginning of the manga wasn’t the same in the end. It was WAY more powerful and intimidating in appearance.

On the other hand Kenpachi used the same Zanpakuto from the beginning until the end of the series. We never actually saw him changing to a different sword every! One reason might be that he never bothered to change it.

This might be controversial statement but Ichigo has more Spiritual Pressure than Kenpachi Zaraki. One reason might be because he is a mixed blood between a Shinigami and a Quincy. Also don’t forget that he can also access Hollow powers.

I don’t think Kenpachi has anything like that. Of course at the beginning of the manga Tite Kubo tried to show that Zaraki had bottomless Spiritual Pressure, but Ichigo soon surpassed him afterwards.

Hmm, this is tough one! I know Kenpachi is brutal in his physical prowess, so I won’t question about him, but what about Ichigo? The only time I have seen him fight hand-to-hand is when he tried to save Chad (Sado).

He has physical strength, no doubt, but is he more powerful than Kenpachi? I don’t think so! I think Chad is stronger than Ichigo.

Kenpachi is like a Gorilla. Most of him is physical thumping, but very less brains. I would accept that Kurosaki is more intelligent and thoughtful about his actions. And we have seen this repeatedly!

Whenever Ichigo went against an enemy, he used his courage and intelligence to beat them. If you can recall the first battle against Kenpachi, Ichigo used not only his physical strength, but also his brain and courage to beat him.

I don’t know whether I should even compare Ichigo and Kenpachi in “Battle Experience.”

I guess it’s safe to say that Ichigo has only 2% experience of what Kenpachi has amassed over the years. Provided that Ichigo is a human and still a teen, he has really grown to a great fighter within a really short point of time.

So, in conclusion, both of them have terrifying powers and if we compared these two at their preset strength, it’s a tie! The first battle that Ichigo won was mostly because of “Plot Armor,” and also Ichigo doesn’t fight without any reason.

On the other hand, Kenpachi doesn’t need any reason to fight someone. He is always ready to cross his sword with someone who he thinks is powerful enough.

Is Ichigo Stronger Than Kenpachi In Bleach?

Yes, Ichigo is Stronger than Kenpachi in Bleach.

Ichigo vs Kenpachi. Who Has The Strongest Bankai?

Ichigo has stronger Bankai than Kenpachi.

Black Clover Manga is currently going through one of the best and most impactful arcs of the whole series. It’s the Spade Kingdom arc that spent chills into the spines of the Black Bulls when they saw how Zenon single-handedly defeated magic knights of the Diamond Kingdom. Black Clover Chapter 260 Review: After a thorough…