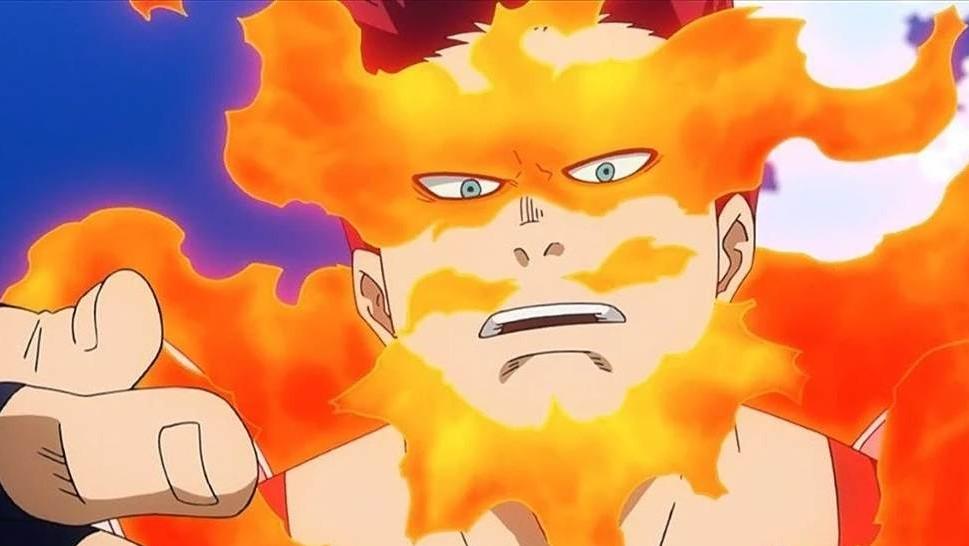 It’s theory time guys! Today let’s talk about every possibilities of Endeavor’s death and the consequences after!

One of the biggest event in the series was when Horikoshi revealed that Dabi was Enji’s son, though fans and speculators were already suspecting this.

But, in this scenario, fans are divided. Some say (with wild proof) that Endeavor will die, and some say (with wilder proof) why he won’t. So, I decided to jump the bandwagon and chose the middle path.

In short there aren’t many Heroes or Villains who can beat/kill Endeavor. If you can recall correctly, until now his toughest opponent has been a Nomu, and Endeavor almost destroyed himself.

I’m not including All Might because he is out of the “Hero” game. And after thinking a bit I can say that there’s isn’t a Hero who can beat Endeavor single-handedly. Yes, a group of Heroes can, but why would a group of Heroes become traitors.

And a question might come “why would a Hero?” And the reply to that is “why not?” If Aoyama can be a traitor, why not a professional Hero?

For a second Hawks’ name came into my mind when I thought about a traitor. Why would he side with the Heroes when he literally worships Endeavor? So, there’s almost no chance of this happening.

Keeping everything aside, the Heroes are doomed if more than a single Hero reveals themselves as a traitor.

On the other hand, you can already sense that there are a handful of Villains who either just pin down Endeavor, or go all the way and kill him.

The first in the list if Shigaraki. But, at present I don’t think he is in a condition to fight. The next one, of course if Dabi who anyway wants to destroy his beloved dad.

And let’s not forget AFO. Even if Endeavor can pin down Dabi and Shigaraki, it’s AFO that I’m worried about. For that I’ve three speculations:

The first scenario, i.e., the good scenario is that AFO is defeated. Then the manga will be anyway finished and Deku won’t get the screen time.

The worse scenario is that AFO sucks Endeavor’s quirk and render him useless as a Hero.

The worst scenario is always death. And in this case since it’s AFO we are talking about, he would not just extract the quirk, but also kill him…

As I mentioned before, if AFO manages extract Endeavor’s quirk, then he is done for. Endeavor would have to retire as a Hero and just work like All Might.

But, don’t just go on thinking that Endeavor will just sit at home and do nothing. He is not the kind of guy!

So, in short, Yes, if by any chance Endeavor loses his quirk and survives, then he would have to retire as a Hero, and lead a normal life.

Does Yor & Loid End-Up Together In Spy x Family? SPOILERS!!

Wow! This is a complex one! My emotions are yelling a big NO! And my brain is calculating all the ways Endeavor can die.

The real question to this should be “Should Endeavor die?” Then the answer is an obvious NO!

Unfortunately, the latest chapter ending hasn’t given us any good news. The way AFO has showcased his powers is truly terrifying. In short, he wanted to say that the Heroes are as strong as his one finger!

As of writing this, Deku hasn’t yet appeared in front of AFO. And it’s a cliché that the protagonist only appears when things go absolutely wrong.

Let me think of a scenario when this could happen:

AFO has indirectly talked about hurting All Might so that Deku can “evolve.”

All Might’s death has always been a hot topic after he became Deku’s coach. And the possibility became even more strong after he lost all his power.

If AFO tries to pull-off a cheap trick (which he can) then I would have nothing to say!! Every boss-villain does everything under his control to keep themselves safe. We saw this in Demon Slayer, and will most probably see this in AFO’s case too!

Death of No. 1 Hero will rattle the Hero agency and all the Heroes. I’m trying to imagine what would Shouto think of the situation? He would have either lost his dad or both his dad and brother.

Hawks’ who considers Endeavor as his idol would go all-out to bring down AFO, but would fail.

And finally the ones who would continue to fight is Deku, Ida, Bakugo, Shouto and maybe Uraraka too. Horikoshi revealed in the past that she will play a vital role at the end of the series. And I think the time has come…

And also let’s not forget about Deku’s dad. We still don’t know who is his dad! Fortunately Horikoshi has assured fans that we will get a revelation when the series moved forward.

Finally, let me end this by saying that Endeavor’s death will shake the Hero society, and for some time the society will either have no No. 1 Hero, or else someone will replace him!