Solo Leveling is one of the most hit manhua. In fact the series played a huge role in developing a spot in the already competitive comic market. Well, let’s come back to Solo Leveling! Does Sung Jin Woo die in the end? Who does he end-up with? And is he the Shadow Monarch?

This post is entirely focused for those who are either planning to read the series or don’t know the present status of the manhua!

There are many reasons behind this. But, let’s take a step backward and recall the times when he had no special powers. Just an E-rank hunter trying to make enough money to cure his dying Mother. Any son would risk life to save his beloved Mother, but, quite a few would back-off and find other ways to earn when the “dying” thing is completely real and may happen any moment.

Not only that, his Father suddenly disappeared long ago and he also has a younger sister.

Sung Jin-Woo’s life changed after the Double Dungeon incident, but, what he did in such cruel situation before receiving power is not something any other hunter could have done. Being an E-rank hunter, he saved most higher ranks, along with Lee, his B-rank companion.

But, receiving this power was just the beginning. He had to train extremely hard to match his physical body with the power thriving within. Even in his training he faced life and death situation. So, we can say that he really deserved the power.

Moving forward, when he already had his name in everyone’s lips, he didn’t think twice before saving Japan from the devastating Giants. He could have just left the country to die. But, he stayed there and finished off everything almost single-handedly.

These are Jin-Woo’s feats in the field, but, what about his Mother and Sister? Having power to control shadow, he always keeps a shadow soldier as a guard for both of them. This shows that Jin-Woo has not forgotten his family even after getting fame and power.

Writing about every little detail will make this section not only too long, but also boring to read.

But, it’s clearly relevant as to why we respect Sung Jin-Woo, and why he is the only Hunter who can save the world alone if he wants. He literally is the “Humanity’s Savior.”

The simple answer to this question is both Yes & No. it actually depends. After receiving power to raise Shadow Soldiers, he basically inherited the Shadow Monarch’s power.

He was not the Shadow Monarch himself. He was just the vessel. The sudden attack on him and other high ranking hunters planned by other Monarchs proved that the power Jin-Woo carried was a threat to them. For some reason other Monarchs never wanted Jin-Woo to stay alive.

But, later in the series, Sung Jin-Woo himself becomes the Shadow Monarch.

How did he become the Shadow Monarch?

Technically speaking, Sung Jin-Woo have already died once. He died in the Double Dungeon incident. That’s how he received his powers. But, what about the future? When he has lot more enemies?

In day-to-day fights, Sung Jin-Woo defeats his enemies without getting hurt. If things start to go out of control, he summons, Beru, Igris and other shadow soldiers and things are then taken care of.

Being the vessel of the Shadow Monarch, he surely does have many enemies, even though he isn’t aware of. The other Monarchs being on the top. The reason behind this is simply put, “Greed of Power.”

So, he has already died once, what now? He shouldn’t die again isn’t it? It’s mostly against the rules!

Well, in his final battle, Jin Woo is critically wounded and after that he almost dies! That’s when he accesses the full power of Shadow Monarch!

The power upgrade is so much that even the other Monarchs run of their life! But, as we all know when a character “awakens” their full power, the enemy has no place to run!

Does Jin-Woo Lose His Power?

The first question that comes to mind after learning that our Hunter is dead, is “Will he lose his Power?”

After Sung Jin-Woo was killed by the Monarchs, he went into a deep state of emptiness. Later he started seeing a figure coming closer and closer to him. Who was it? The Shadow Monarch himself.

Since, Sung Jin-Woo’s physical body is dead, it has become more easier for Ashburn(Shadow Monarch) to communicate with his vessel. He narrated a long story of how the other Monarchs backstabbed only because of their greed, and how they wanted Ashburn to die.

When Jin-Woo woke up from his sleep, he was a changed person. He was the Shadow Monarch himself.

Hence, rather than losing his power, Jin-Woo died and revived as the Shadow Monarch.

Every power that he had before multiplied many folds in its effectiveness. His presence became powerful enough to even scare the other Monarchs. Now, we know why were the Monarchs in hurry to remove the Shadow Monarch from their path.

I have a counter-question. Is a rock breakable? No, if you use your bare hands. Yes, if you use a powerful crusher.

The question whether Jin-Woo is immortal or not is very vague. Maybe he is immortal, especially after becoming the Shadow Monarch himself, but, let’s say that the body that he carries is still flesh and bones, and suddenly an enemy appears that is powerful enough to beat down the Shadow Monarch?

Can his body handle such stress in that situation? It’s only a question that is still unanswered. But, one thing is sure, after Jin-Woo became the Shadow Monarch, most enemies will kneel even before declaring a fight against his Godlike powers.

He is an army by himself. Having elite shadows like Igris, Beru, Bellion, these three shadow warriors are enough to ravage and destroy a city completely. And, he has an army of Ant Warriors, Dragons(4 of them), and others. Grand Marshal Bellion is enough to defeat S-rank hunters.

So, this overpowering situation is enough to assure that Jin-Woo is basically immortal.

Who Will End Up With Jin-Woo?

Now that you have decided to read this post despite the critical spoilers warning, it’s time to learn whom does Jin-woo end up with. When Solo Leveling began Jin-woo was an E-rank hunter, and would go to dungeons with a team.

Accompanying him would almost always be Lee Joo-Hee. Being a B-rank healer Jin-woo felt better by her presence. In the beginning of the series, we readers thought that these two are going to make a family in the future, and their close relation was more than enough to confirm it.

But, things changed for her after the Double Dungeon incident. The petrifying experience, and somehow coming out of the dungeon alive pushed her to quite being a hunter. Jin-woo’s life changed after that incident, but, Lee couldn’t come of the trauma.

That was the final time we saw Lee as a hunter.

Enter Cha Hae-In. After Lee, she became the center of attraction about being Jin-woo’s future partner. And, she quickly became a perfect fit for it. There was no other female hunter who could counter Jin-woo as she could.

And, in the end of the series we see Jin-woo and Cha having a son. Hence, Jin-woo does end up with Cha and Lee just stays as his distant friend.

Yes, the manhua has ended. But, I was reading some positive news about the manhua continuing with some side-stories?

Correct me if I’m wrong!

Man wouldn’t I be happier if the manhua returns even with some side-stories!!

When Will Solo Leveling Anime Come Out?

You know, the more important is the treasure the more speculation there is. Similarly in this case too, the deep mud of speculation has arguably no end. It’s just an abyss. Someone says that we will get an anime anywhere 2022, or maybe later. And, somewhere you’ll read/watch something else, more bizarre.

To best honest, I do a regular search on whether there is any news about the series’ getting an anime, but, up until now, I have only got two updates(maybe I should search harder). And, it’s not that both of them are news “confirming” the anime’s release, rather a “thing in the air.”

The most publicly available update about Solo Leveling anime is on this link. But, even this push from the fans seems to be quite far from complete.

And, the other, more uncommon source is this article from a Korean website. The article is Korean, so translate it before reading.

That’s it. These are the only two sources I was able to find about the series’ animation release.
It’s heartbreaking we haven’t receive anything yet, yes, but, looking at how popular Solo Leveling has become lately, especially after the second serialization, I won’t be surprised if an anime is already under production.

NOTE: All Images from Fandom.com 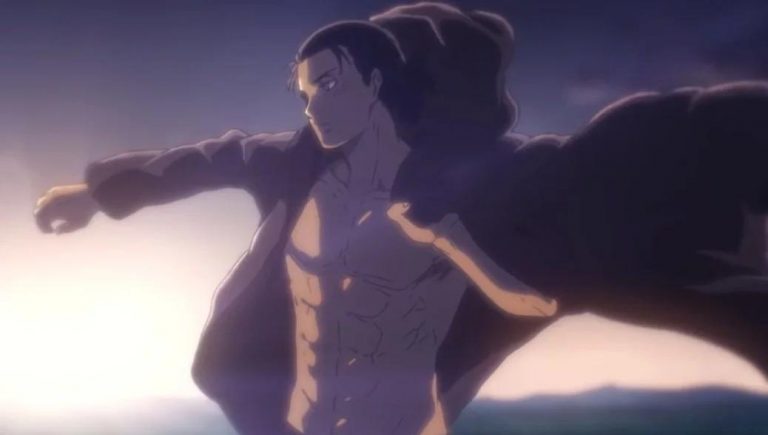 Attack on Titan has countless unknown and known characters. Especially male characters. While most of them have average, some of them have exceptional hotness. In this post, I’ll list Top 10 Hot & Sexy Male Characters in Attack on Titan. (1) Levi Ackerman Do I even have to talk about him? Levi is unarguably the…