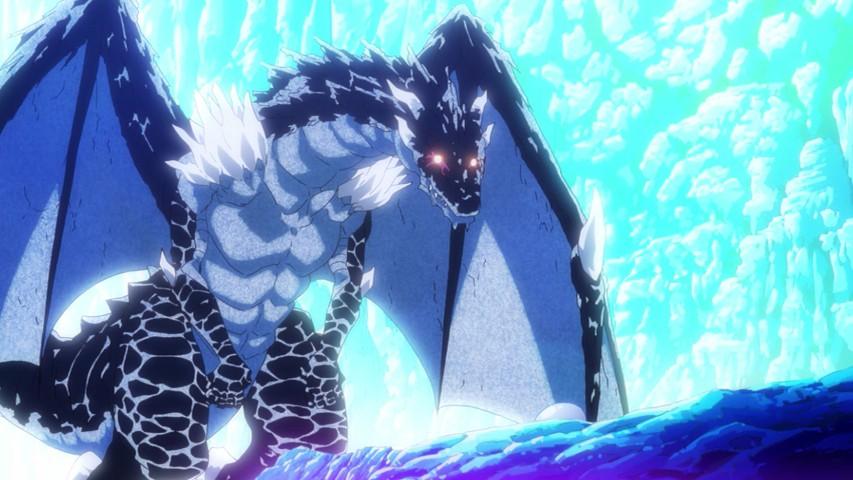 Think about it. After living at a place for years, one day you are forcefully shifted to an unknown location. Yet, you think to lead a life with utter peace and tranquility away from previous place’s chaos. Everything was fantastic with great neighbors and good family who loved you. Then one day suddenly a bully down the street started picking fight only because you were a new comer.

What messy would the whole situation turn into? Let’s make it worse. In the beginning the bully was only centered onto you, then days passed and the bullying intensity raised to such heights that now the target is your family. What would happen if the bully one day goes one step ahead and harm your closed ones?

Depending on the patience level, you would, in the beginning, think, “There’s something really wrong with this person!” then you would either call the police or take situation in your hands. You might completely decimate the bully destroying their life and causing them to regret every single thing they ever did to you.

This is the exact case with Clayman and his childish dream to destroy the new comer in this new world. The friction between Clayman and Rimuru has reached its finale and pretty soon Clayman will get everything back for what he did so far.

Hence, there are countless questions rising regarding Clayman’s Death. Whether he can return back after dying and whether Milim betrayed Rimuru. Okay, so let’s begin!!

How Strong Is Clayman Really?

Clayman’s strength lies in his intellectual skills and not in hands. You might have been watching Tokyo Revengers. Great Show! The antagonist, Kisaki has few similarities with Clayman. If you’re not following Tokyo Revengers and don’t know who Kisaki is, he is the primary antagonist of the whole series and the character whom most of us want dead!

Does Kisaki Die In Tokyo Revengers? Why Did He Call Takemichi A Hero? SPOILERS!!

This character Kisaki has no strength to be a Gang member, but yet, he succeeds to acquire a powerful rank. How? only by his intellectual skills and his master plan. The same way, Clayman too didn’t have much strength compared to other Demon Lords, hence, the only way to rise higher than any Demon Lord was to use anything in sight as a stepping stone.

Looking the other way around, it’s also possible that Rimuru was far too powerful for Clayman. Even when he awakened the true Demon Form, Clayman couldn’t defeat Rimuru. That just shows the power gap between these two!

Is Clayman The Weakest Demon?

After the fight against Rimuru, it became even more clear that Clayman was only good at playing with other people’s emotional and using them as long as they were useful. Clayman sacrificed Yamza even though he was quite a devote to him.

Though we haven’t yet seen any other Demon revealing their true-form, their sheer presence was enough for Rimuru to think twice before going against them. Then there is Veldora who is powerful enough to defeat even a Demon Lord after his re-awakening. From what I can think of, at his present power, Veldora can even defeat Rimuru and Milim.

Veldora Vs Rimuru. Who Would Win? Can Veldora Beat Milim? SPOILERS!!

So, the conclusion is: Yes, Clayman is the Weakest Demon.

For the mean time, Clayman is the only antagonist in the series who needs to die anyhow. This cruel person who calls himself a Demon Lord has played with countless lives and needs to be punished. But, does Clayman really Die?

Yes, Clayman dies after a fierce battle with Rimuru. While all the Demon Lords where having a get-together, armies of both Demon Lords, Rimuru and Clayman were indulged at War. Clayman’s army was completely massacred though.

All these are consequences for messing with the wrong person. Rimuru could have welcomed him with open hands as he did with other Demon Lords like Milim and Ramiris, but Clayman rather chose to destroy Rimuru only because he is a Slime? Talk about a “Lame Demon Lord.”

Now, even though he is dead, there could be chance of his return isn’t it? Well, this time it’s completely different! Even though Clayman is not an awakened Demon Lord, he is definitely more powerful and skilled than others. Hence, he is skilled enough to counter death and revive again.

No, Clayman will not return since Rimuru consumed his Astral Body and erased his entire existence.

After facing defeat, as skillful as he could be, Clayman thought to escape with his astral body after Rimuru destroyed his Physical Body. But, fortunately Rimuru’s past experiences while reviving his people made him conscious about everything needed for resurrection.

Hence, before Clayman could make a concrete decision, Rimuru consumed not only his Physical Body but alos his Astral body. After being absorbed Clayman’s consciousness got dissolved and his Soul changed to Magicules.

Hence, Clayman is dead for good and will never return.

Clayman tried to control her with a powerful Curse Technique. For an avid follower of the series, Milim coming under Clayman’s Curse was surprising and suspicious enough, but everything is possible in a manga.

No, Milim did not Betray Rimuru. Clayman’s Curse wasn’t powerful enough to brainwash her. Everything that she did was just for fun and to see how Clayman would react when he learned about his failure.

In the beginning it really felt that she was under his control, but, all this time she was just enjoying the failed show Clayman planned.

But, you might ask: If she wan’t brainwashed, then why did she attack Carrion and destroyed his Eurazania?

Well, before we could think about asking this question, Carrion himself asked her. And as air-headed as she could be, the reason she gave was, “I did this to fool Clayman!“

We should not forget that in the end she is a Dragon and on top of everything a demon lord whom even Rimuru failed to defeat. Her wiping out Eurazania was a whim and there was no evil intention involved!

After Clayman’s death, she also revealed the reason she fought Rimuru was not to defeat him, rather to see her bestie trying to save her.

This is a question I’ve been reading quite a lot everywhere. There have been countless fan-made theories all over the internet depicting a love story between Rimuru and Milim.

No, Milim doesn’t have any romantic feelings for Rimuru. She considers him as her best friend that’s all.

The first time when Milim was introduced in the series, she always considered rimuru as her friend. She never tried to attack Rimuru and his city.

I don’t have to expand this topic anymore since you can already understand that her emotions about rimuru is only friendly and in no way romantic! In many way or other, she is quite similar to Ramiris in personality. Outgoing and extrovert!

In addition to this, what’s funnier is that since Rimuru is a slime hence it’s hard to decide the Gender. But, since this slime was a male in their past life, Rimuru is considered a Male, and also uses Male pronouns. On the other hand, Tensura was never focused on romantic relationships, etc.

To conclude this discussion, among all the Demon Lords Tensura has, Clayman was the most foolish among all. Subconsciously he considered himself weak, and to break that self-made distorted thinking he went on to destroy everything he desired.

He even did the worse any genuine leader could do; killing their own comrade and forcing them to take cruel decisions. Clayman was to one who mislead Kingdom of Falmuth to attack Rimuru City. I’m not defending Kingdom of Falmuth and their racist approach towards Beasts, but, in any War, it’s only the average people who suffer the most!

There might be a counter-question about his evil deeds saying, “but what can you expect from a Demon Lord?” The answer to that is, “even a Demon Lord must be aware when it comes to their own.” Rimuru is not respected because he is powerful, rather he is respected because of his nature and how he treats his own.

Well, I was eagerly waiting for this moment to happen as soon as possible, and now that Clayman is finally gone, Rimuru has a lot of things to care about his and his city’s future.