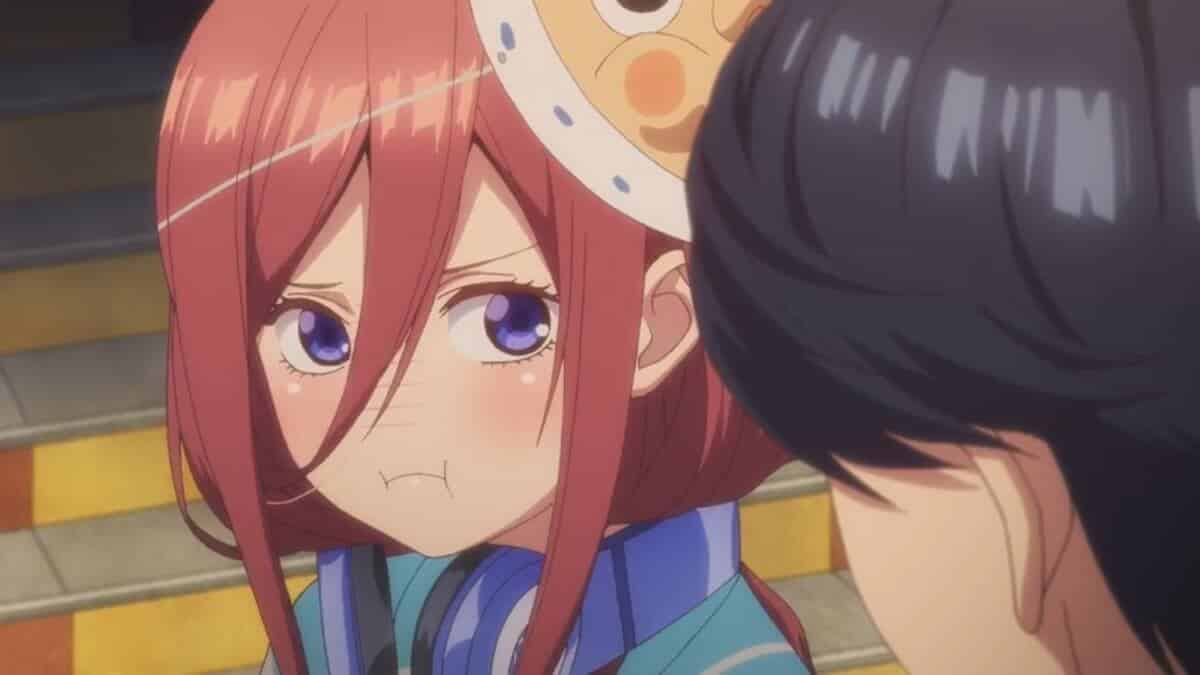 The Quintessential Quintuplets was one of the most entertaining anime when it came out in 2019. Quintessential Quintuplets is more of a Harem series, with a little bit of seriousness. After Season 1 ended with a bang, fans were excited for Season 2. But, as we know what happened with most Anime shows schedule, Season 2 was delayed and now it will release in January 2021.

The official Twitter of The Quintessential Quintuplets released a new teaser video of Miku.

In the the character video we see Miku’s various expression towards different situation. In one scene we see her pouting, and in the other shy.

These emotional expressions of Miku is the reason why most of the followers of this series consider her the Best Girl.

This is the not the first time that we are getting a teaser video of a character. Previously TBS revealed videos of Ichika and Nino.

Season 2 of The Quintessential Quintuplets will start airing on TBS, BS11 and Sun TV on January, 2021. As of now, we don’t have any information about any streaming services, and with time we will surely know any update that comes.

Talking about the Cast, all Cast of the Anime are returning from Season 1. Usually when there is a Season 2 of a famous Anime series, the VA usually return.

You can watch The Quintessential Quintuplets on these streaming platforms

With Great Power comes Great Responsibility! But how and where does Power come from? Through Sacrifice! And that’s the shortest and the most concise meaning of a Devil Contract! In simple terms the word “Devil Contract” has the meaning itself in its name! It straightly means, “Contract with a Devil.” But, what’s the fuss about…