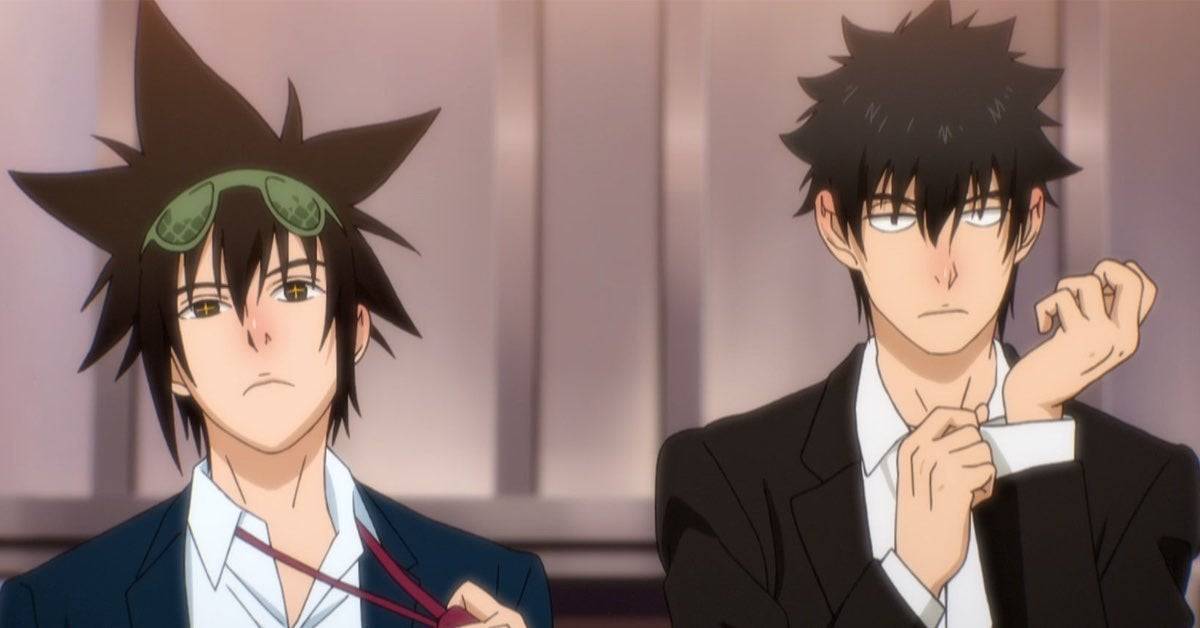 Lately, Manhwa is getting quite an attention after the successful response from Tower of God. The next in the line is God of High School. The God of High School is a South Korean web Manhwa penned and illustrated by Yongje Park. The serialization started in 2011 under the Naver Webtoon Platform. The web manhwa got its English translation in 2014 by Line Webtoon. With this, let’s look into what is there for us in episode 13.

The God of High School Episode 13 will release on Monday, 28 September.

The previous episode ended with Ilpyo getting angry and attacking Taek. The attack from him was justified since, what Taek has done is too much to tolerate.

His viewpoint is the weak should better be dead. And to fulfill his dream of becoming the most powerful person in existence he goes on hurting and even killing people.

Ilpyo and Taek had a fight before but, this time the fight was different because Taek was not only facing an angry person, but also someone who has woken up his Charyeok.

But, as we thought, the fight was not one-sided. Taek overwhelmed Ilpyo with his demon powers and in the fight the Key that Ilpyo was having came out of his body.

Sad Past of Taek:

We saw how evil is Taek, but there must a reason why he became such evil. In a recall of his childhood memories, we see a kid Taek, who is supposedly sold to some old person, and the reason given is that she was weak. We are also shown that Taek was not a evil child from his childhood but, he was brainwashed by the old man into thinking in such way.

In the previous episode we also saw that Jeon Jugok transforming into a monster and trying to kill Taek, but, in return he gets killed by Taek. In this episode we see his Grandfather Jeon Jaesan who is also a magic user talking about taking revenge for his Grandson.

After the Demons are unleashed into Human Realm, Mandeok also unleashes a Large Buddha to annihilate to city. On the other side we also see that the Army unleashing Nuclear Weapons into the city.

Mandeok overwhelms Park Mujin and after that it seems that Mandeok succeeds. But, Jeon Jaesan uses his Magic and for safety he teleports each and every citizen of the city in a remote location. Then with his powers he stops Mandeok. But, doing so he dies in the process.

As of now we have two main antagonist of the series. One is the NOX cult and the other is Taek. Taek wanted to get the Key to himself in any way possible. And we know what happens if the negative character get the “KEY!”. And that is what happens in the end when Taek snatches the Key from Mori and uses it in himself.

This episode was the second last episode of the Season 1 of The God of High School and probably the most intense of all. It is pretty hard to take all of the content of the episode in one go.

But, one thing is sure. The next and the final episode of The God of High School will be the best and the most intense episode of all. There are various reasons behind this.

(1) To create a “Cliffhanger” before the release of Season 2 of God of High School.

The God of High School is exclusively available on:

Jujutsu Kaisen Season 1 has ended and now, we move on to the upcoming movie. Many fans won’t have the patience and will surely resort to reading the manga anyways. But, what we are eagerly waiting for in a Season 1 announcement. In Season 1, we got to hear a name “Yuta Okkotsu” popping up…