The War is finally over and all the big-wigs are down! Kaido and Big Mom is down too. But, we fans can never forget about Kanjuro.

Today, I’ll talk about whether Kanjuro is finally dead, or is still alive? And what’s the reason behind his betryal?

With this, let’s dive deep into everything Kanjuro…

Contents hide
1 Is Kanjuro Traitor?
2 But, Why This Betrayal?
3 Does Kanjuro Die?
4 Who Killed/Defeated Kanjuro?
5 Is Kanjuro Devil Fruit User?
6 Read One Piece
7 Watch One Piece

Yes, Kanjuro is a Traitor!

That’s the shortest way to explain the truth. Though, nobody would believe, the first suspicion came when Orochi ordered his subordinates to destroy Thousand Sunny(Luffy’s Ship) and the bridges that connected the Gang Members with the location they were going to raid.

The first question was: How did Orochi knew Thousand Sunny’s position considering it was parked in a very secretive location?
How did Orochi learn that “Someone” was back from 20 years, the time when Kaido attacked Wano?“

There are probably many other information he might have leaked the we will never know.

Before dying, Yasui changed the plan and shifted the Port location from where the raid was about to begin, his genius idea was picked up by every Samurai in Wano, even then this information was leaked to Orochi somehow within a very short amount of time.

There is also a high chance that it was Kanjuro who leaked Yasui’s real identity to Orochi and we know the consequences. When such deep secrets are leaked so quickly, question begin to arise about a lurking traitor(Spy).

But, behind everything there is a reason, and, in Kanjuro’s case too, there was a reason why he kept on leaking information to Orochi even though Orochi was the Worst leader Wano had ever seen!

But, Why This Betrayal?

Before explaining about why Kanjuro turned into a traitor, let’s compare something really interesting! Do you find any similarities between these two names? Kurozumi Orochi, Kurozumi Kanjuro? Yes, they both have the same surname, “Kurozumi“.

Now, some obvious questions will arise for sure: “Is Kanjuro & Orochi related?”, “Are these two Kurozumi Brothers?”, the answer to these questions is No! They are not Brothers,only the same clan.

They why did Kanjuro betray?
Several decade ago, the Kurozumi family was one of the six ruling families in Wano, but they were persecuted and hunted to the point that many died (almost all of Kurozumi was wiped out). This incident was the seed that laid to the sprouting of intense hatred towards the Kozuki Clan.

Among the Kurozumi Clan, only Orochi and Kanjuro were in good shape, and since Kanjuro also lost his parent in childhood, he became hell-bent on destroying the Kozuki Clan. But, his hate towards the Kozuki Clan was harnessed effectively by Orochi and this led to Kanjuro become a dependable spy.

In other words, Kanjuro was a Spy working for Orochi and the emotions he showed towards Oden and the Kozuki Clan was only a fake persona he was wearing every time. Even Oden’s death did not dilute his hatred, he was rather overjoyed with the way he died.

10 One Piece Characters Who Can Defeat Kaido. RANKED!!

Does Kanjuro Die?
The answer to whether he is alive or dead is “Debatable.” But, if we take into account the last time he appeared in the Manga, the latter is true. That simply means that Kanjuro might be dead.

After revealing that he was a spy all along, Kanjuro was not seen again. He was only to be seen at on the War zone, at the peak of the raid. He fought against the Red Scabbards and possibly died after facing defeat.

After his defeat, he briefly appeared when Orochi was about to burn alive. Though it was just a shadow figure and not the physical body itself!

I’m sure these two Kurozumi are going to the deepest point of Hell! Honestly though, they deserve it, especially Orochi.

There is no single person who may have killed/defeated him. The battle was fought between the Red Scabbards with Inuarashi and Kanjuro with his squad. In the beginning of the battle, Kanjuro was not only showing off his devil fruit skills, but also his physical ability.

He was easily able to counter various attacks from the Red Scabbards, but he was against the best Warriors Wano has got, and in the end, he was defeated/killed.

Even though he was a spy who sold-off everything to Orochi just to take revenge, his defeat/death grieved almost everyone in the Red Scabbards. That simply shows the emotional attachment they had with Kanjuro.

Is Kanjuro a Devil Fruit User?
Yes, Kanjuro is a Devil Fruit User. He has eaten a Paramecia-type Devil Fruit that allows him to produce ink from his body. But, the ink, has some special properties. When painted the painting can take a 3-Dimensional form and then it can be controlled at will.

This devil fruit had a major influence in many arc from the very time Kanjuro was introduced. From the beginning of his appearance he was always criticized because of his poor painting skills. But, in reality he was a genius artist with precise control over his brush and techniques. This is just a simple example of how he always kept himself off the radar. 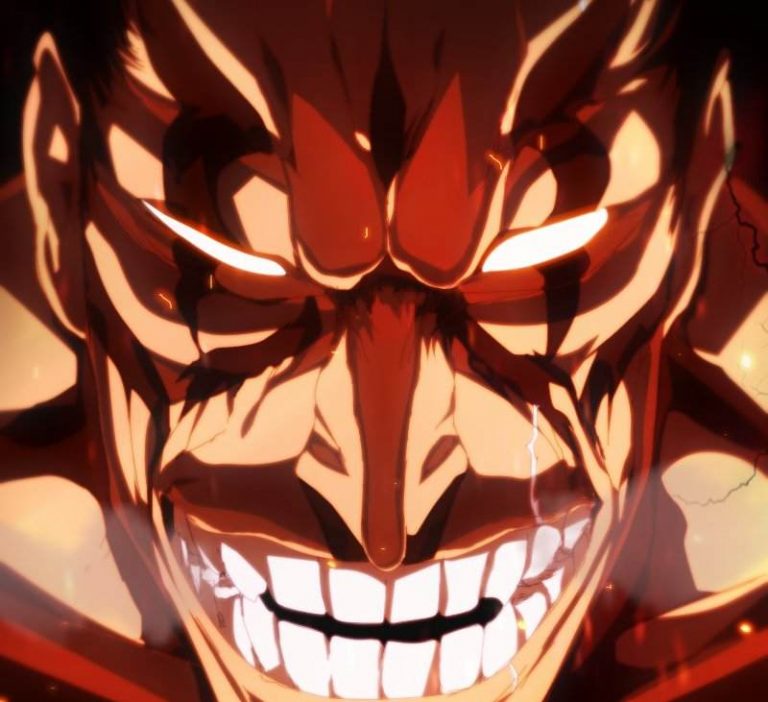