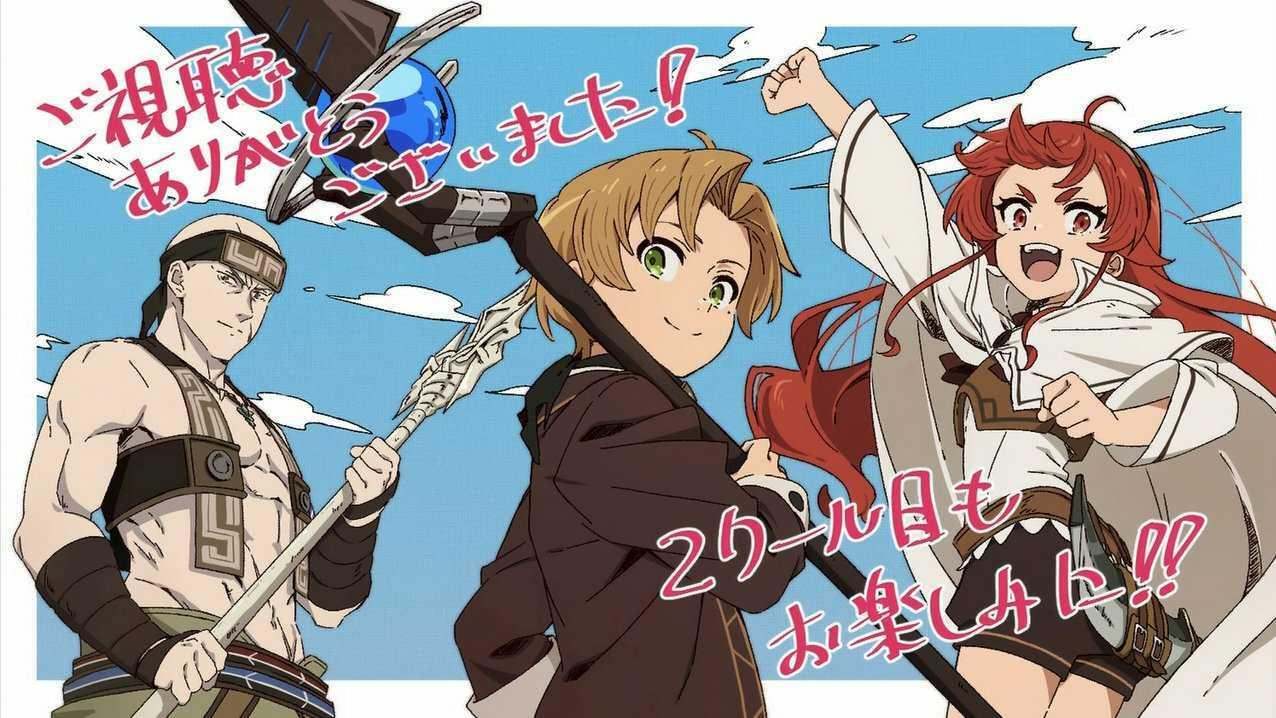 Okay, the so-called Godfather of Isekai has ended with the the 11th episode. But, the ending did something that made fans happier than expected.

Funimation announced on their official Twitter and Website that the anime will be back with a Second Part, or you can says Cour-2 of the series.

Rudeus is still a child and has only started exploring his second life. Season 1 mostly contained early life of Rudeus and how he made friends, learned about the new world, and many other things.

Keeping aside how beautifully the Anime represents a character’s life when he/she takes birth in a different world, the novel and manga has also got enough the deserved attention.

According to the records, as of 2018 the combined prints of novel and manga has surpassed 2.2 million. Yes, it’s lower than other manga and novels, but, first it was 2018, and second, the anime wasn’t announced back then.

And, now that the Anime is here, sales will surely skyrocket and push-up the fan base even more higher.

There is a speculation spreading that all of the series will be adapted into anime and for that a special studio has been set-up. If you’re interested, read this reddit report.

It’s rare to see any series fully getting adapted into Anime. The latest among the pack is Fruits Basket and Higurashi When They Cry.

Who knows, if we are lucky, we’ll also see Black Clover getting a complete adaptation. Let’s see how the announcement turn up.