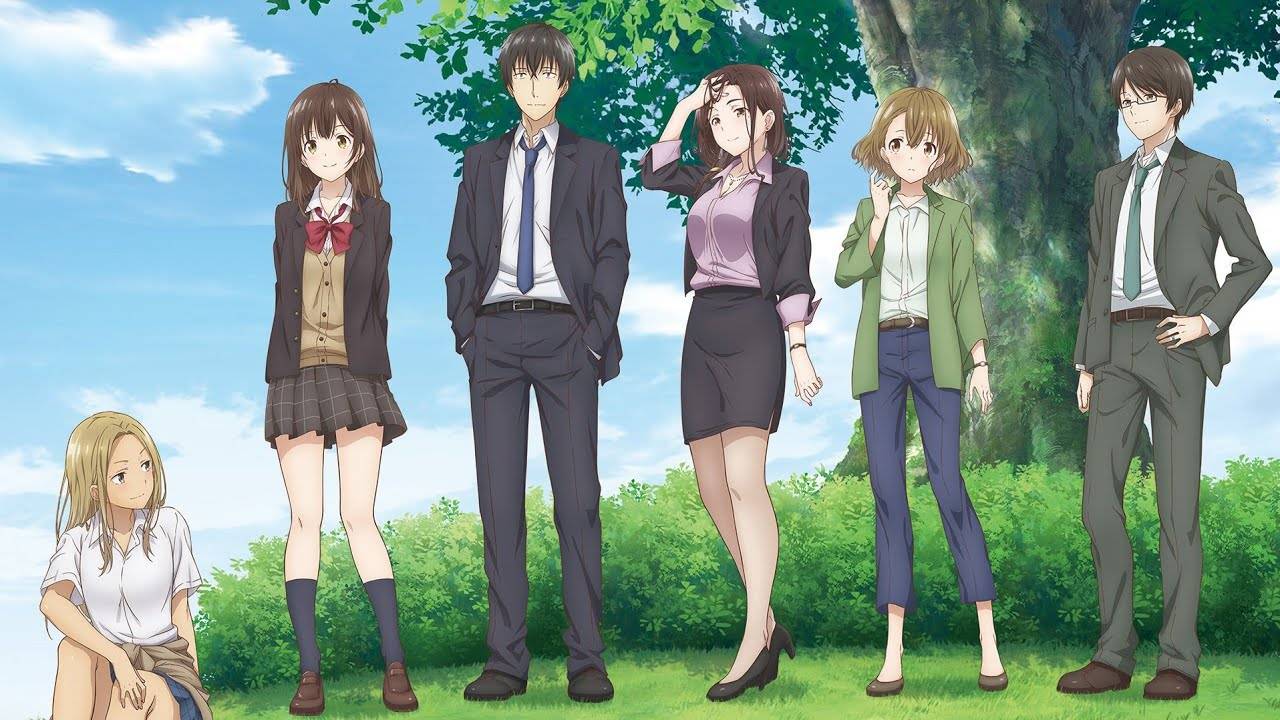 I’m not even trying to pronounce the name of this anime, and shorten it to “Hige wo Soru.” Though we all are asking the same question, “What’s with the peculiar name?” But, after watching all the episodes, and also reading some chapters of the manga, the storyline of this anime is pretty good.

There are only few episodes before this anime ends, and it’s already one of the most watched anime this season. You can’t say this anime is harem, but, I strongly feel that this is going the same way.

Previously we saw Sayu’s elder brother came for her, but didn’t get any information. But, it seems you cannot escape from a “powerful” person.

Sayu’s is still afraid to leave Yoshida and return home. Though we don’t know the exact reason, it must be something serious.

Incidentally, Mishima was also present where Sayu thought to buy her stuff. And, it was the best situation for Sayu to escape from his elder brother.

They reach Karaoke and spent time. Here too, Mishima tried to ask Sayu about something that she never wants to talk about. But, Mishima was humble enough to not force her.

She also reminded Yoshida that they are in Karaoke and to pick Sayu up from there. Yoshida’s way of talking to Sayu was enough to break Mishima mentally. And, we know that Yoshida has no emotions for her.

Next portion of the episode covers the “Summer Festival.” Sayu and Yoshida enjoys Summer Festival and a humble conversation breaks out. Deep inside, Yoshida never wanted Sayu to return to her home, and Sayu wanted the same.

But, the end was not that we were expecting. Sayu’s brother has finally found the place his sister is living. And, the first thing that Yoshida saw next morning was an uninvited visitor.

As soon as Yoshida heard the surname, “Ogiwara,” he knew who that person was. And, the episode ends with a cliffhanger.

Hige wo Soru release every Monday. Episode 9 will release on May 31th, at 6:30 AM (PDT).
We didn’t see any preview, but it’s sure that next episode will be a chaos as Sayu’s elder brother has found out her location.

Also, we will also get to see Sayu’s past.