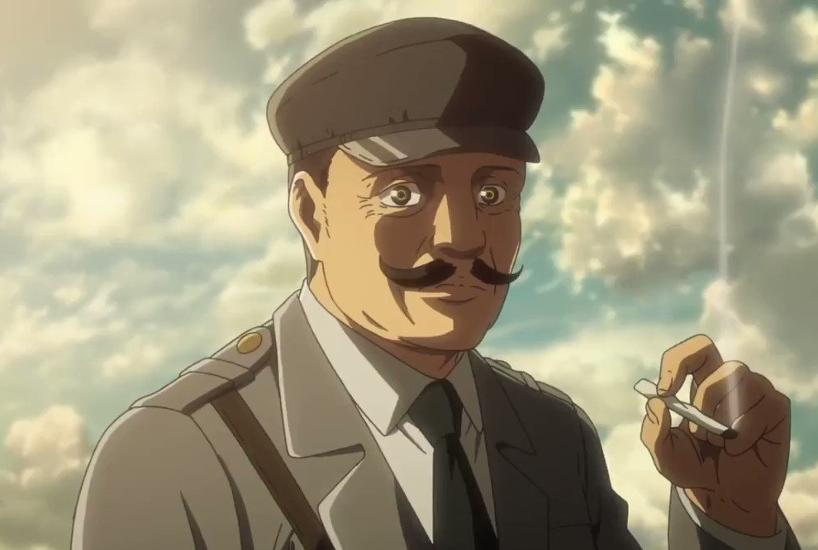 Who is the most hated character in Attack on Titan? You probably already have a name in your mind. So here’s a challenge:

I suppose she deserves to be at the top spot in this list. There is hardly any AOT fan who doesn’t get irritated at her. She killed Sasha just without deeply thinking anything. And she considers as a “good soldier.”

But, on the flip side, Isayama has tried to showcase Gabi’s growth from the time she was introduced until the manga ended. Gabi as a character started as an immature and nosy idiot, but became more matured by the end…

Dude’s name syncs pretty well with his personality trait. Gross is one of the most hated and twisted character in AOT. He is the classical psychopath who likes to see people (even children) get mauled to death.

Unsurprisingly Gross’ death was celebrated after he died the same way he used to kill innocent people.

King Fritz is indirectly responsible for all the War that took place between the Eldians and Marleyans. He literally used Ymir as his slave and forced her to take decisions against her will.

Even at the moment of his death he destroyed his many daughters’ life by forcing them to inherit powers of the Titans. He received intense amount of hatred within the short time of his appearance in the manga.

It’s not that Floch suddenly became a negative character in the manga. He has been subtly inclined towards violence and fighting against the present system. As expected, he switched instantly towards Eren’s plans as soon as he got the chance.

Fortunately, he didn’t last long against the genius planning of Hange, Armin and the rest. Finally he was mortally shot by Gabi and then Mikasa landed the last hit…Floch literally wasted his life to follow a distant dream.

Zeke is more remembered as “Monke.” In fact fans troll him by saying that. LOL. Coming back the discussion, Zeke is not hated by everyone. He does had a large fanbase who commend his intelligence and logical prowess.

I would say his is mostly hated because of the Beast Titan that he inherited… Let me know what you think about Zeke?

Of course, how can I forget the time when this Titan tried to kill Levi? Though the Cart Titan had almost no battle prowess, it provided the logistics and kept almost every Titan strengthened.

Keeping aside her sexy looks, Annie is a brutal murderer. She has murdered who knows how many innocent people in Attack on Titan. At one point of time she was intensely hated for the selfish decisions she took.

All the hatred towards her subsided eventually after she ended-up crystallized. If I’m not wrong she ended up with Armin after the series ended….Isayama sent an indirect signal when Armin used to come to talk to the crystallized Annine…

Nothing is seriously wrong with Connie. Only that he is immature and has only one goal in his life. To save his mother. He wanted to cure his mom from the Titanification. If you ask me, Connie was more emotional than logical.

He even tried to feed Falco to her mom, but failed when Armin intervened. In the end he had to accept the fate and move ahead with the reality…

Rod was more a businessman than a father to Historia. He wanted Historia to inherit the power of the Founding Titan and forcefully handed her the spinal liquid. But she threw it away and broke it.

Rod was so obsessed that he began licking (the image above) the spinal fluid and he in turn became a Titan. He couldn’t do anything till the end, and ended-up being killed.

Armin is not particularly abhored, but he surely is hated to some extent! The reason? He is too naive and sometimes takes decisions without thinking too much about the outcomes. On top of that he is also too emotional!

But I cannot forget one thing: He was also the guiding light for Eren and Mikasa. Though he never expressed anything, he was always there for both of them…