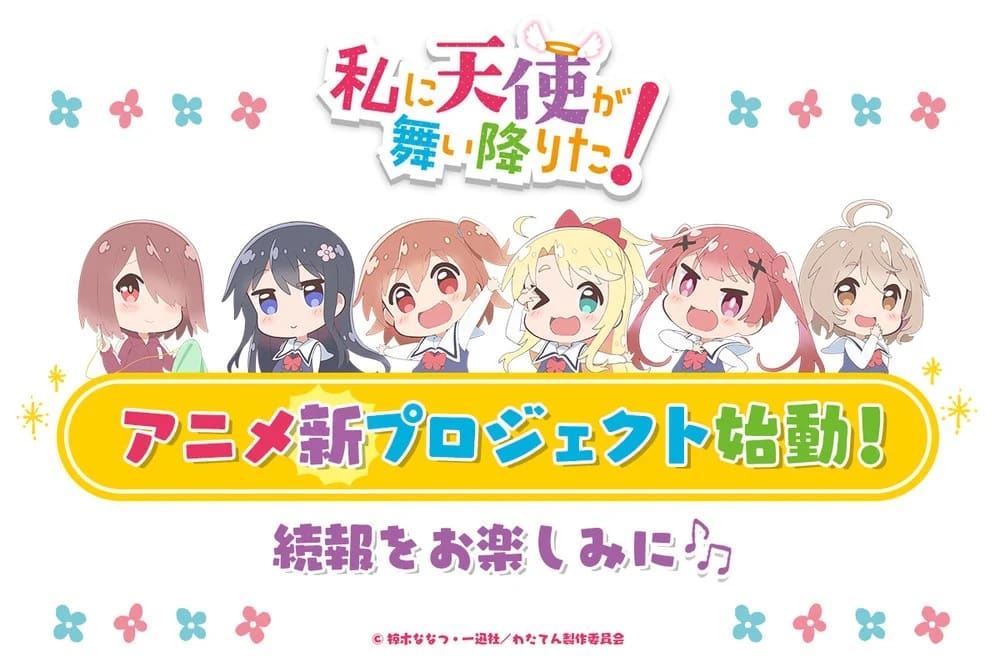 A series surrounding cute kids are everyone’s interest and a good way to spend time. Here return the series that will fill your heart with cuteness beyond comprehension. The Official twitter handle and Website of WATATEN! An Angel Flew Down to Me announced a new Anime Project.

In the above Tweet we see all the main characters welcoming the viewer in their Chibi form. One thing to notice is that the tweet did not say “Season 2” but, a “New Anime Project.” This could either mean Season 2 or a completely new series in Chibi form.

First season of the series premiered in January 2019 and was received well among fans. The best thing about this series is that the series is completely watchable by anyone or any age.

Miyako is a College Student but struggles with her Shyness, on top of it she is also an Otaku. Miyako’s younger sister is an exact opposite to how she is and and is in Grade School. Everything is fine until Miyako meets Hana-chan, a grade schooler who is also friends with Miyako’s sister. The story follows Miyako and her struggles with her shyness when she tries to talk to Hana-chan.

Watch WATATEN! An Angel Flew Down to Me

You can watch the series on Crunchyroll