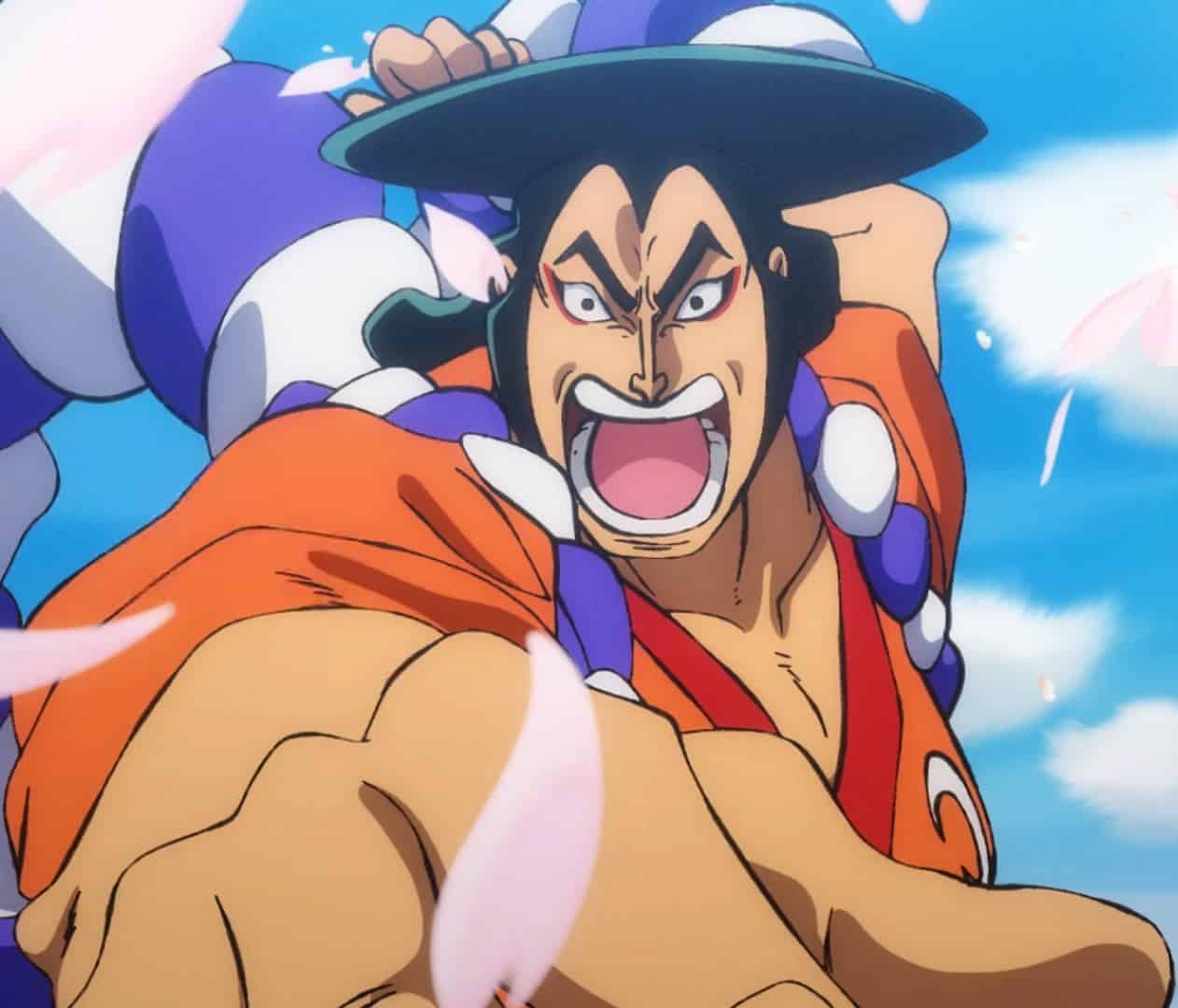 The turbulent Wano Arc has began and the War is at full swing. Major events happened and we learned a lot about the past of Kaido and Wano Country. Another drastic even in One Piece was when Orochi got killed by Kaido. Since the War has began we hope to see even more events that will shock us. With this let’s look into the One Piece Chapter 997 Spoilers.

In the previous Chapter er saw Sanji hearing Black Maria’s voice and since this is Sanji we are talking about, he is always intrigued when it is a Woman’s voice. And it seems that the previous prediction were spot-on. Sanji in fact really goes Astray and as a result Black Maria catches him.

We must also not forget that, Sanji has a Chivalrous personality and unlike Zoro her does not attack a Woman. So, the question is will this be the end of Sanji in this Wano Arc? Well, this cannot be a possibility, since, even though Sanji cannot slam Black Maria, he can absolutely escape.

Luffy has also reached the 4th Floor now, and is very close to Kaido. So, even Luffy cannot come to save him.

Zoro got the Sword that Oden used firsthand. But, in the beginning we saw how he was struggling to control it. Now that he has defeated Apoo and got the Antidote, Queen is pretty pissed since, if the Antidote reaches Chopper, he will definitely make an another one of its clones.

We also know how cruel Queen is, hence, he goes on to attack Chopper, but Zoro stops him.

Queen will possibly the strongest opponent Zoro has faced lately, but, we still don’t know how powerful Queen can be when he is really serious. We got a glimpse of it when he was fighting against Big Mom, but I don’t think so, he was even using his 50% of his total power.

And, if Zoro defeats Queen(Which he will), then the Beast Pirates will be considerably weakened and a major blockage removed.

My instinct says that Zoro’s last hit to Queen will come from Oden’s Sword and that will be the point when he will actually master it.

How Powerful is Yamato?

Yamato is Kaido’s daughter and also a devil fruit user. When Yamato was introduced in the series, she took the series by a storm, and she quickly became one of the most important character of the Wano Arc.

In the previous Chapter we saw Yamato unleashing her devil form but, we did not get a full view of it, but since it was a Dragon, we can easily compare it to Kaido’s Dragon.

Other thing to also consider is that Yamato is fighting against Sasaki who in turn is also extremely powerful.

Hence, the battle between Yamato and Sasaki will be entertaining.

We know how perv Sanji is! If you want to take him under control, Woman is the best way. Even on the Ship, it’s Nami and Robin who keeps him under control. And the worst part of it is that, he doesn’t care about where he is, even if he is in between of a War. In the previous Chapter, while he is running towards Kaido with Luffy and other, he hears a female voice. Now! Sanji’s ears are particularly sensitive to a Woman’s voice, so he hears Black Maria’s voice coming from 3rd floor.

Now the question is, will he leave Luffy and others behind and get lured into the female’s voice? I guess, if he is lured, we will come to see Black Maria’s power. Because from the beginning of her appearance she has not done anything and given her size, she is sure powerful enough.

Another thing that may happen is that, if Sanji sees Nami heavily injured, he may go berserk against the Pirates. Lately we have see Zoro’s power a lot, but it is only Sanji who is lagging behind. It’s high time we see his powers unleashed.

In Chapter 996, we see Yamato unleashing her Beast form. It’s a dragon and probably same as Kaido’s. Now the question is, how powerful will be Yamato’s Beast form? In Chapter 997, we will be battling against Sasaki, a formidable opponent. To get a victory she will either have to go all-out or fight with her might. It will be quite interesting to watch Yamato fighting.

I’m guessing Yamato hates her Beast form since it’s strikingly similar to Kaido’s. And also there is high possibility that Kaido forced her to eat the same devil Devil Fruit as he eat or maybe even the SMILE fruit.

Will Otama Play a Vital Role in the Wano War?

There are rumors surrounding the role of Otama in Wano War. Since the beginning of the Wano Arc, we have seen Otama playing her roles here and there, but her role is still hidden in mystery. What makes her powerful is her Devil Fruit ability. With her dumpling, she can control anyone who has eaten SMILE fruit and also beasts. So, the rumors are that since Kaido cannot be killed, it will Otama who will in the end control Kaido.

If this happens, the wildest rumors of the Wano Arc will come true.

One Piece Chapter 997 will officially Release on 29 November.

Solo Leveling is one of the most hit manhua. In fact the series played a huge role in developing a spot in the already competitive comic market. Well, let’s come back to Solo Leveling! Does Sung Jin Woo die in the end? Who does he end-up with? And is he the Shadow Monarch? This post…