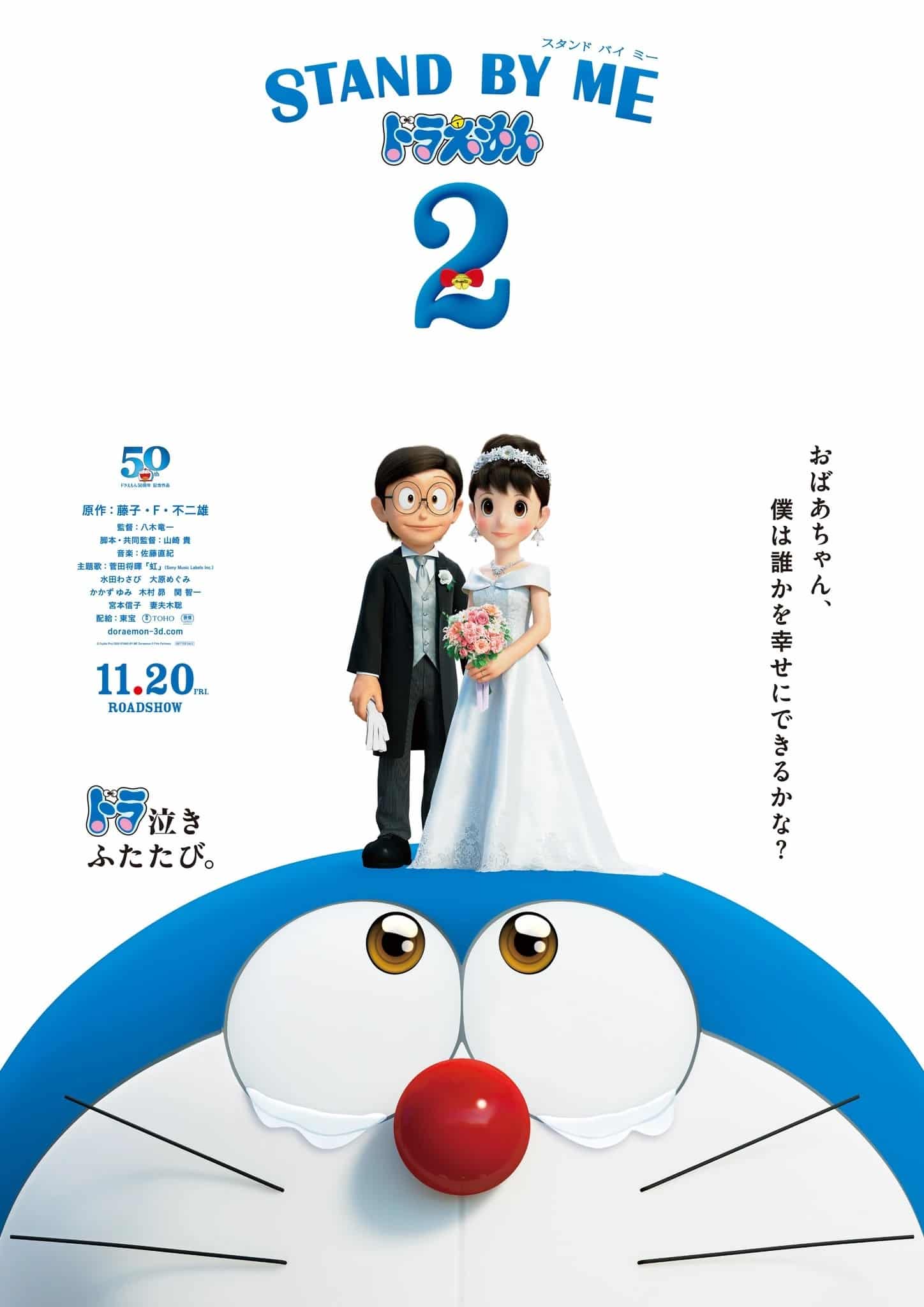 It doesn’t matter whether you don’t watch Anime, also it doesn’t matter if you don’t live in Japan, you have surely heard Doraemon. The Futuristic Robot from the 22nd Century whose entire mission is to support Nobita and push him towards good life.

There are hardly any kids who haven’t watched Doraemon. Heck it’s actually a family show, where the whole family loves to watch a futuristic “Blue Ball” showing his genius through goofy ideas.

Now, the Second Part of the Movie will release this Friday (Tomorrow). The name is simply “Stand By Me Doraemon 2”.

Before the release, the official website revealed a new Special Promotional Trailer.

The Movie was scheduled to release on August 7, but similar to countless Anime, this was also postponed.

I don’t want to Spoil you, but the Second Part shows the wedding of Nobita and Shizuka and the story line is pretty similar to an another Doraemon movie released in 2000, “Doraemon: Obachan no Omoide” (Doraemon: A Grandmother’s Recollections). But, don’t worry. The Second Part of Stand By Me Doraemon is not entirely a copy of the movie from 2000, there are some added elements to it and the best of all is the CGI makeover.

Talking about the casts present in the series, they are all the same.

Everyone, from the Adult Nobita to other important characters of the series are returning with the same Voice Actors.

What would happen if a Witch suddenly curses a child to have a life that nobody deserves? We are talking about a child who has barely experienced few years after his birth. The Duke of Death & his Maid is a manga series that is gathering thousands of eyeballs every week after its anime release….

I’m not even trying to pronounce the name of this anime, and shorten it to “Hige wo Soru.” Though we all are asking the same question, “What’s with the peculiar name?” But, after watching all the episodes, and also reading some chapters of the manga, the storyline of this anime is pretty good. After watching…