After the Red Scabbards fail to defeat Kaido and Big Mom, the Worst Generation have entered the battle field. Zoro have already tested the Enma twice, but till now he hasn’t been successful in landing a hit. But, he is quickly approaching the point where he can efficiently use Enma. At one time, Kaido was forced to accept the fact that Zoro can be compared to Oden. This incident put a minor dent on Kaido’s concentration and he blew with Rage. With every chapter, the events are becoming even more interesting than before. With this let’s look into One Piece Chapter 1003 Spoilers & Leaks.

From the beginning of the time he reached the upper floor, Zoro has been trying hard to land at least one hit from Enma. Every swing from Enma has been a failure till now, and there is a reason why such is so.

Enma is Oden’s sword and only he was able to handle it effectively. The cut-mark on Kaido’s chest is from the same Sword that Zoro is using. In Chapter 1002, after Zoro used a missed attack on Kaido, Kaido was able to sense Oden’s aura in Enma.

Another thing that cannot be missed when we are talking about Enma is how easily it shaved-off one of the horns on Kaido’s Castle. If you have little idea about how big the Castle is, the whole War is fought in that Castle. Uncountable number of Pirates and Samurais are clashing with each other and Kaido if fighting Luffy and other on the top floor.

After Big Mom’s electric attack didn’t work on Luffy, she was shocked. To counter it, Kaido also launched his Flame Attack, it did not work too.

This gave Luffy an opportunity to launch his new attack, Kong Gatling. That’s the last panel of the Chapter, but, by the looks of it, it’s sure that Kaido has surely taken considerable damage.

Whether Luffy is using Ryuo to enhance the impact is not sure yet. But, if he is able to injure Kaido without even using Ryuo, then Kaido has some bad time coming for him.

But, this War is a bit different from when the time of Dressrosa. In Dressrosa, Luffy only fought Doflamingo and no one else at the same time. But, here he is directly clashing with the two most powerful Pirates.

It will be interesting to watch how Luffy and others manages to defeat the two Worst Pirates. We are also missing the incoming Marines. If the Pirates arrive before the War is finished, it’s going to be messy and whole Wano may transform into a battle field.

Here is a prediction that I want to make: If the Marines arrive after the War has settled down, they will leave quickly without meeting Kin’emon and others. If that happens, it would be a bitter-sweet ending on the Wano Arc.

The spoilers are out and there is something that will make the upcoming chapters even more exciting. 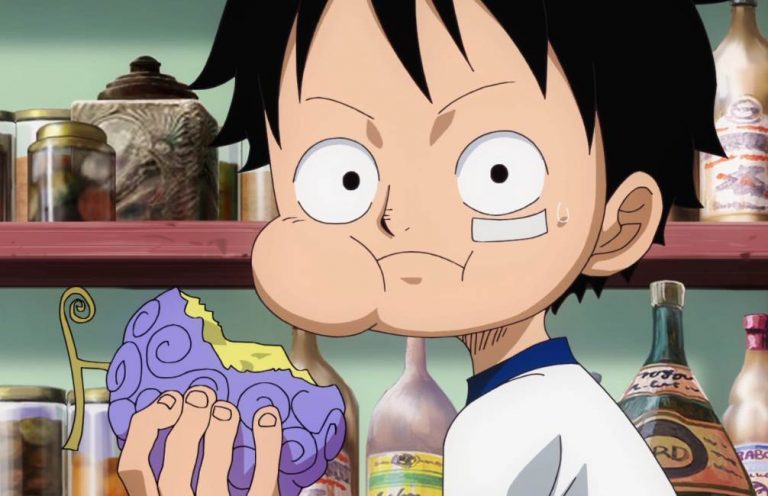