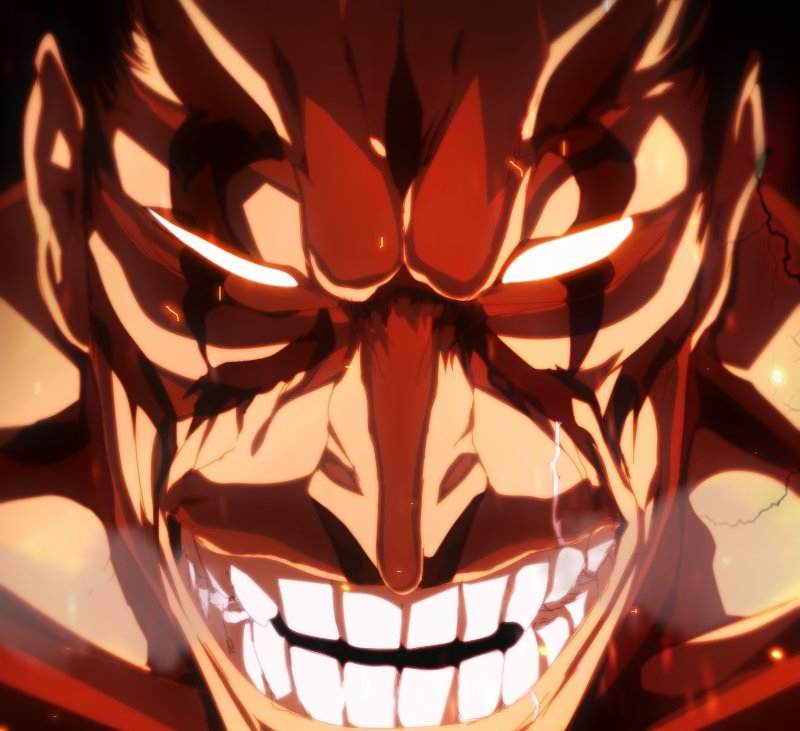 Bleach has a special way of explaining the magical prowess of a character through a technique called Bankai. In short Bankai is the pinnacle stage of a Soul Hunter’s prowess.

It’s said that if a Shinigami can unleash Bankai he/she has mastered the very technique they have been using since years!

And there are only a few characters in Bleach who can unleash Bankai. In this list, I’ll mention each and every crucial Bankai in the manga and the characters associated to it!

With this, let’s dive INNN…

Shunsui is an airhead and emits a strong vibe of “The Careless Captain.” His Sword and techniques do all the talking for himself. Katen Kyōkotsu: Karamatsu Shinjū is one of the most complex Bankai techniques in Bleach. It not only confuses the opponent, but also does immense harm in long-term.

Katen Kyōkotsu: Karamatsu Shinjū is so broken that Shunsui doesn’t unleash it unless every ally is out of the area. The technique doesn’t discriminates anyone!

Well, this surprised us manga readers! The community knew that Kenpachi would one day unleash Bankai, but we never expected it to be this powerful! It’s simply badass to the core!

It’s Kenpachi we are talking about. He doesn’t give a damn about naming his techniques. And here too he never named his Bankai until the end! I’m imagining the day the anime will reveal his technique..Bro will break the internet for sure…

Manga/Anime old men have a reputation of being stupidly strong. Yamamoto is no exception! Zanka no Tachi is the pinnacle of fire technique that he has been mastering for who knows how long? Yamamoto is the only with fire as his base technique.

There are also few variations of Zanka no Tachi, but the one he used in the end was the real form…The one you see above.

Daiguren Hyōrinmaru is a completely ice-based Bankai unleashed by Hitsugaya. It takes the form of a dragon and attacks its enemy from various angels. The very nature of this Bankai is very simple! It tries to freeze the enemy to death. That’s all!

In terms of looks, Daiguren Hyōrinmaru is one of the best looking Bankai. It’s like an art.

Be honest! Can you recall who is Chōjirō Sasakibe? I bet you’re are already having a hard time! Sasakibe is the guy who always stays with Yamamoto and helps him with daily chores! Turns out he too had Bankai! that too an insanely powerful one!

Kōkō Gonryō Rikyū directly deals with weather manipulation. When Kōkō Gonryō Rikyū is unleashed Chōjirō Sasakibe is capable of severely injuring the enemy with extremely powerful electric shocks. The one who faces it experiences the same pain as getting pierced by millions of hot needles. That would hurt!

This post is not about deciding the strongest Bankai, but if it was, I would say that Tensa Zangetsu is the strongest Bankai in Bleach Universe. In fact it’s said to be so powerful that even “The Almighty” Yhwach took emergency measures to stop Ichigo from hitting him.

Byakuya Kuchiki is probably the only Captain in Bleach who unleashes Bankai for even the most trivial reasons! But, rest assured, Senbonzakura Kageyoshi is insanely powerful. His technique can literally shred his enemy’s body and leave them severely bleeding.

And by the time the manga reaches its end, Senbonzakura Kageyoshi has become even more lethal and penetrating. I also feel that it’s the most beautiful Bankai among all…Don’t you think so too?

Like most Bankai in this list, Renji Abarai also finally unlocked his Bankai’s full potential. The final-form is called Sōō Zabimaru. I have nothing to say how strong his technique grew after he mastered his emotions.

Rukia was considered as a weak character in Bleach. Other than Ichigo she is the one how grew quite well! Her most perfected form of Bankai is called Hakka no Togame…

She is the second Captain among all to have ice-based Bankai…Her technique is not only insanely powerful but also beautiful!

For anime watcher, sorry to spoil you so heavily, but the Unohana you’ve seen in Anime is only a portion of the REAL one…Unohana is an expert healer who can healer anyone regardless of how injured they are! Her Bankai is called Minazuki and it’s her sword.

I’m pretty excited to see how Thousand-Year Blood War will showcase Unohana’s actual capability…Rest assured, we are in for a good one!

Her Bankai is an extremely large missile, and the impact radius is so large that a huge number of Shingami, including Feng blew away…

Ichimaru Gin looks like the distant relative of Orochimaru. Jokes apart, Gin’s Bankai is called Kamishini no Yari. Unlike other Bankai that are too complex to understand and use, Ichimaru’s Bankai is relatively easy, yet a problematic one!

When unleashed, Ichimaru’s sword can extend to miles within seconds and again revert back to its original form. But what’s so special about his Bankai? The speed at which the sword extends and the sheer power it carries! It can chop thick buildings into half, let alone people…Heck he was even able to critically harm Aizen…

If there is one Bankai that look badass, it’s Ryūmon Hōzukimaru. And Madarame’s energetic and fierce personality blows even more life to this technique!

Unfortunately, he has only unleashed this technique few times. I hope the anime does a better job at animating Ryūmon Hōzukimaru.

I knew (we all knew) that Kisuke Urahara was experienced and talented enough to have a Bankai. Kannonbiraki Benihime Aratame is his creation and this technique can question reality itself!

In simple words, Kannonbiraki Benihime Aratame can disassemble and then recreate anything from scratch. Even the worst injury is healed within fraction of seconds! You can see in the above image how Urahara’s entire face has cut marks….

Call Ashisogi Jizō as much as you want but this Bankai technique works like charm. What can you expect from a mad scientist like Mayuri Kurotsuchi? Most than just being a creepy looking caterpillar-superman combination, Ashisogi Jizō is the powerhouse of chemicals and various harmful drugs!

Even worse, this caterpillar thing can unleash almost infinite number of various lethal poisons that is more than enough to pin down even the most powerful enemy…

Suzumushi Tsuishiki: Enma Kōrogi is a terrifying Bankai, especially for those who fear darkness. Under this balloon-like structure, Kaname Tosen has total control of everything. He can hit his enemy without them knowing anything….

And by the time Tosen’s enemy starts to learn the ways to break out of it, he/she is already critically injured or dead. Unfortunately, we didn’t see him using his Bankai against any enemy!

Who Dies In Bleach? All Important Character Deaths!

Captain Sajin Komamura is the only Beast in the entire Shinigami brigade. The manga hasn’t revealed how and why was he accepted but everything aside, he is immensely skilled! He is capable of unleashing various stages of Bankai which are insanely fatal for the enemy.

Kokujō Tengen Myō’ō is the final stage of Komamura’s Bankai after which he sacrificed his Human qualities (Speaking, etc). This final stage Bankai was so strong that he finished his opponent within a very short point of time. Also, non of the enemy’s attack worked on him…

Pheww…Finally we have reached the end of this LONG list of all the important characters who can unleash Bankai…Were you excited to learn new Bankai?

I couldn’t want for the anime to release and read the manga instead. And I can say I didn’t regret it a bit!

Well this is where I leave…Until next time.

Yes, Kenpachi Zaraki can Unleash Bankai. But, his Bankai doesn’t have a name.