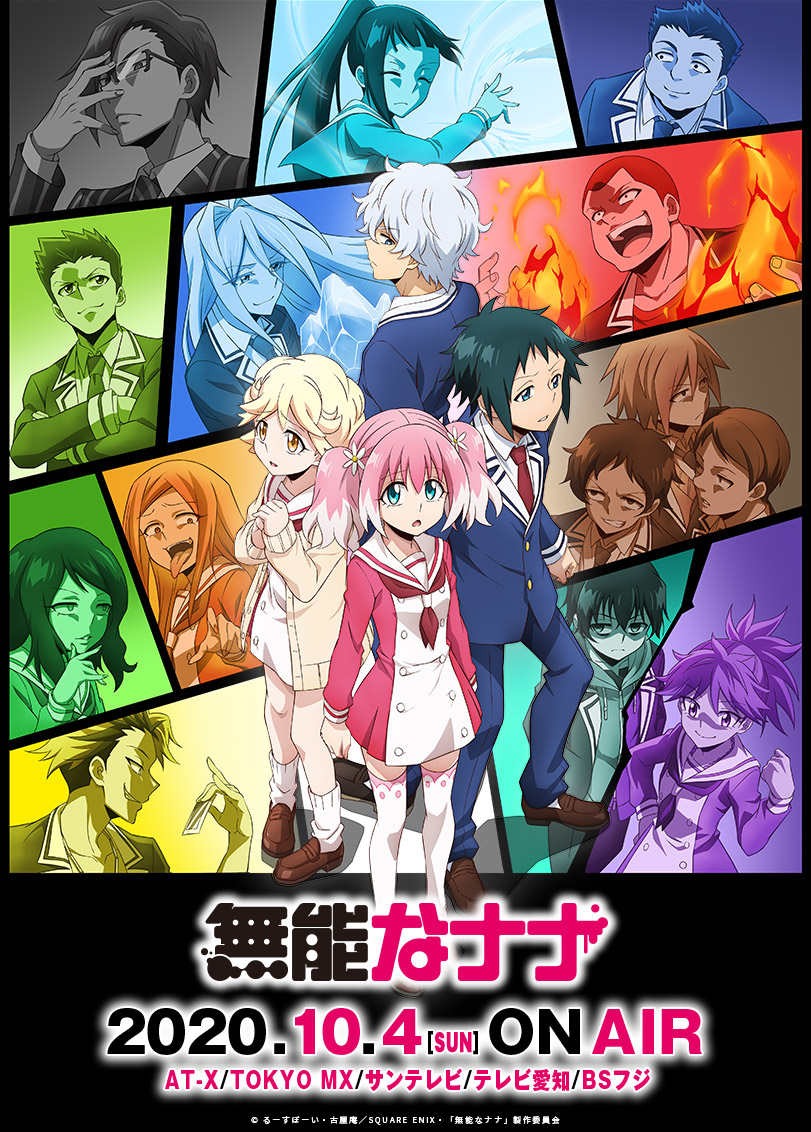 Enemies attacking Humanity and facing retaliation is not that is something new in a fantasy series. We have been repeatedly introduced to series where the protagonist have abilities far more powerful than anyone in the world where they live. We also have seen protagonist having almost no power and they develop themselves from scratch. Talentless Nana is a series of such sort where the Protagonist does not have any special ability.

Talentless Nana is manga series written by Looseboy and illustrated by Iori Furuya. The series started its serialization in 2016 and have a total of 6 tonkobon volumes under its sleeves as of now.

Talentless Nana will Release on October 4, 2020. The Anime will premiere on AT-X, Tokyo MX, Sun TV, TV Aichi. d Anime Store with stream the Anime on the same day. Further, the Anime will be broadcast on BS-Fuji on October 6 late night, effectively October 7th.

As of now, there is no official announcement of any other Streaming series that are widely available to the audience outside Japan. But, it is for sure it will be licensed by one of the Streaming services.

The Monsters attacked Humans and tried bring Humanity to an almost extinction. After the attack, the Monsters came to be known as “The Enemy of Humanity.” As a counter measure, several schools opened up where teenagers with special abilities were trained. Due to there supernatural powers, these students came to known as “The Talented.” The story is centered around the main protagonist Nana, who, unlike the other students do not possess any supernatural powers. But, she is extremely intelligent and with her wit and manipulation she attempts to defeat the enemies.

Potential of the Series:

Series where the protagonist do not carry any special ability find a special spot in the eyes of the watcher. Followers of these types of series are more interested in watching their favorite character grow and eventually reach their goal. The same as we saw in Naruto.

But, there is catch in these types of series. Some series become too slow in character development and as a backdrop; dedicated readers either shift to different series, or the worst, they stop reading it for good. But, the trailer of “Talented Nana” shows that the series is promising to watch and with the responses we are getting on Twitter, suffices the possibility that the “Talented Nana” is going to be good to watch.

Here is a reply from a follower of the series:

The official website also revealed the Key Visual of the upcoming Anime:

On the Visual Poster we can see Nana with her Pink hair and pink dress. On her background we can see the other characters of “The Talented.” The witty look on their faces shows how confident the students are in facing the enemies and defeating them.

There are in a total of two Trailers released on the Youtube channle Kadokawa:

The Anime trailers shows some good animation. The style of Animation suites perfectly with the setting of the series.

These are just fews of the Casts written, there are many other Casts in the series.