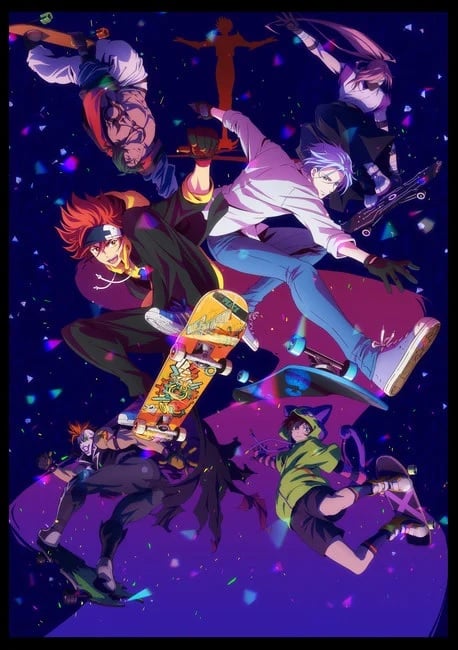 The official Twitter handle and Website of Sk8 the Infinity (Short for “Skate”) Anime revealed on Saturday the Second Trailer of the upcoming Anime. With the revelation of the Second Trailer, we also got to see additional casts and a concrete Release Date.

The official Website revealed that Sk8 the infinity Anime will start airing from Saturday, 9 January 2021.

As of now, Sk8 the Infinity Anime will air only on ABC TV and TV Asahi’s “ANiMAZiNG!!!” programming block.

Online streaming of the Anime is not announced yet. But, it’s sure the Anime will be available on various Streaming Platforms.

“Broadcast of the Anime starts on Saturday, January 9, 2021. in the “ANiMAZiNG!!!” frame.” The other list are the new additional casts in the series.

In the above video we see the characters Skateboarding in dangerous environment while Beethovan’s Music plays. This makes the thrill even more interesting. Later we also see the introduction of other characters and their dream to become the best Skater in the group.

Reki, the main protagonist of the Anime is a Second-year High School student who has an intense interest for Skateboarding. His interest pulls him towards “S”, an underground and illegal skateboard race at an abandoned mine. With Reki, there is an another person who gets trapped into “S”, Ranga, who has returned from Canada to Japan. But, the problem is Ranga has never Skateboarded before. How will these two new-comers face these expert and unforgiving racers? Hence, starts the “Youth Skateboard Race Battle” filled with Dirty Races, AI Racers and unique indivuduals.

I know you have this question in your mind (me too) about whether Bocchan will end-up with Alice and also whether he will end the curse! Hence, today I’ll talk about this and try to clarify everything related to this question. On top of that, I’ll also try to look into different aspects of the…