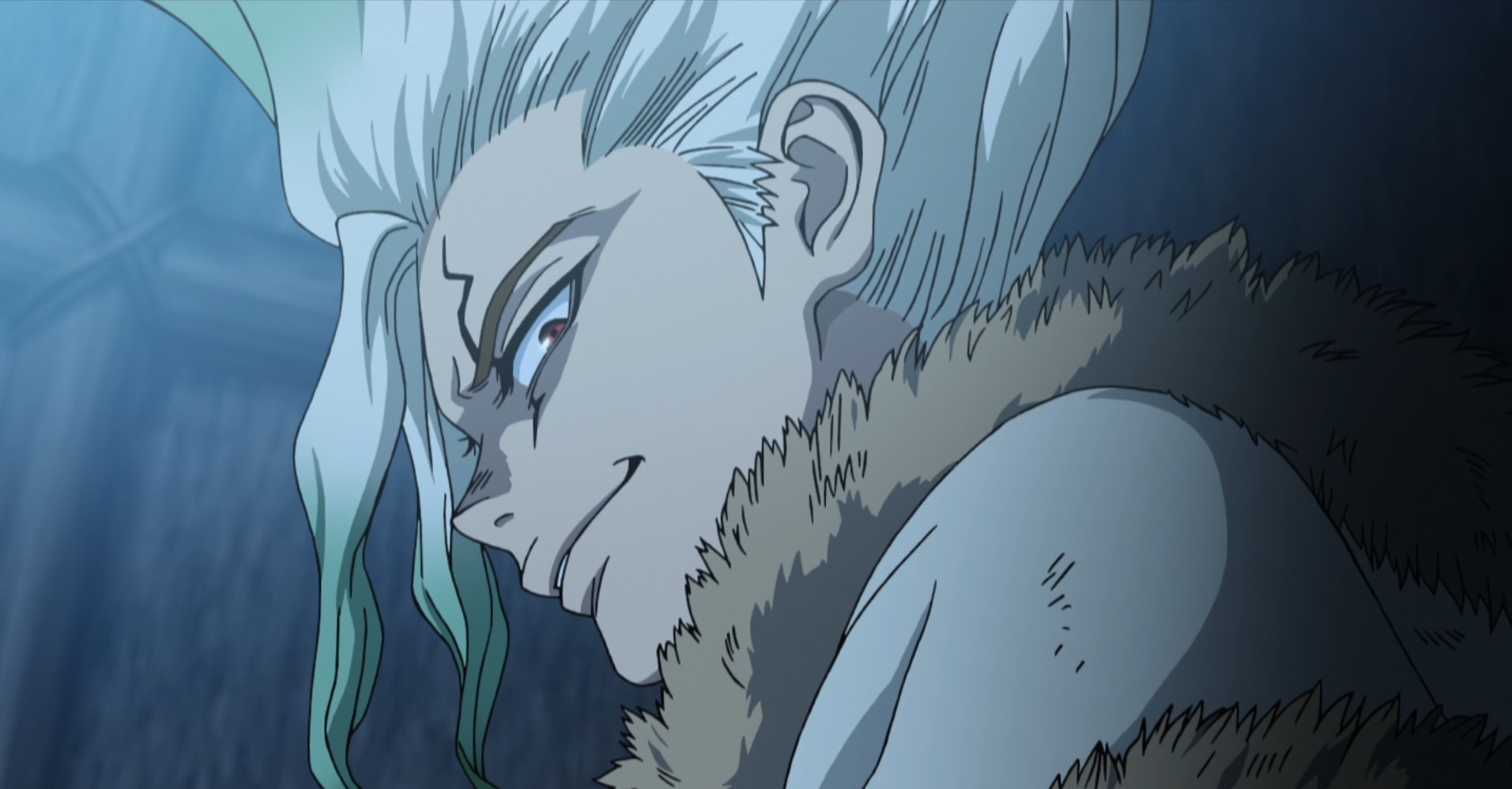 Dr. Stone Season 2 Episode 2 will release on Thursday, January 28, at 5:30 AM (PDT). The main focus of Season 2 was The Stone Wars, and Episode 3 will begin the real battle. The name of next episode is “Call From The Dead.”

Even though Homura was only watching the “Kingdom of Science,” she was a major threat. Any new invention from Senku was to be reported to the Tsukasa Empire. And, since they had already made telephone, it was to be kept top secret.

But, since Homura was sitting at a position from where nothing is hidden, delivering the telephone was a problem on its own. Hence, they made a plan and finally caught Homura.

But, she fled and caught again. Such bad luck.

Taiju & Yuzuriha Are Back

The Big Oaf and his Flower is back. After Gen and others plant the telephone underground, Taiju buries his hands into the ground and gave a final signal.

It was an emotional event even for Senku. The next episodes will become more lively and interesting since Taiju has entered.

You can watch Dr. Stone both season on these platforms

One Piece is incomplete without the Straw Hat Pirates and their journey to re-discover the One Piece. Luffy began his journey alone and now after 2 decades the Pirate crew has grown to 10 Pirates… In this post I’ll list all Straw Hats Crew and their strength. You might already have an idea who’s going…