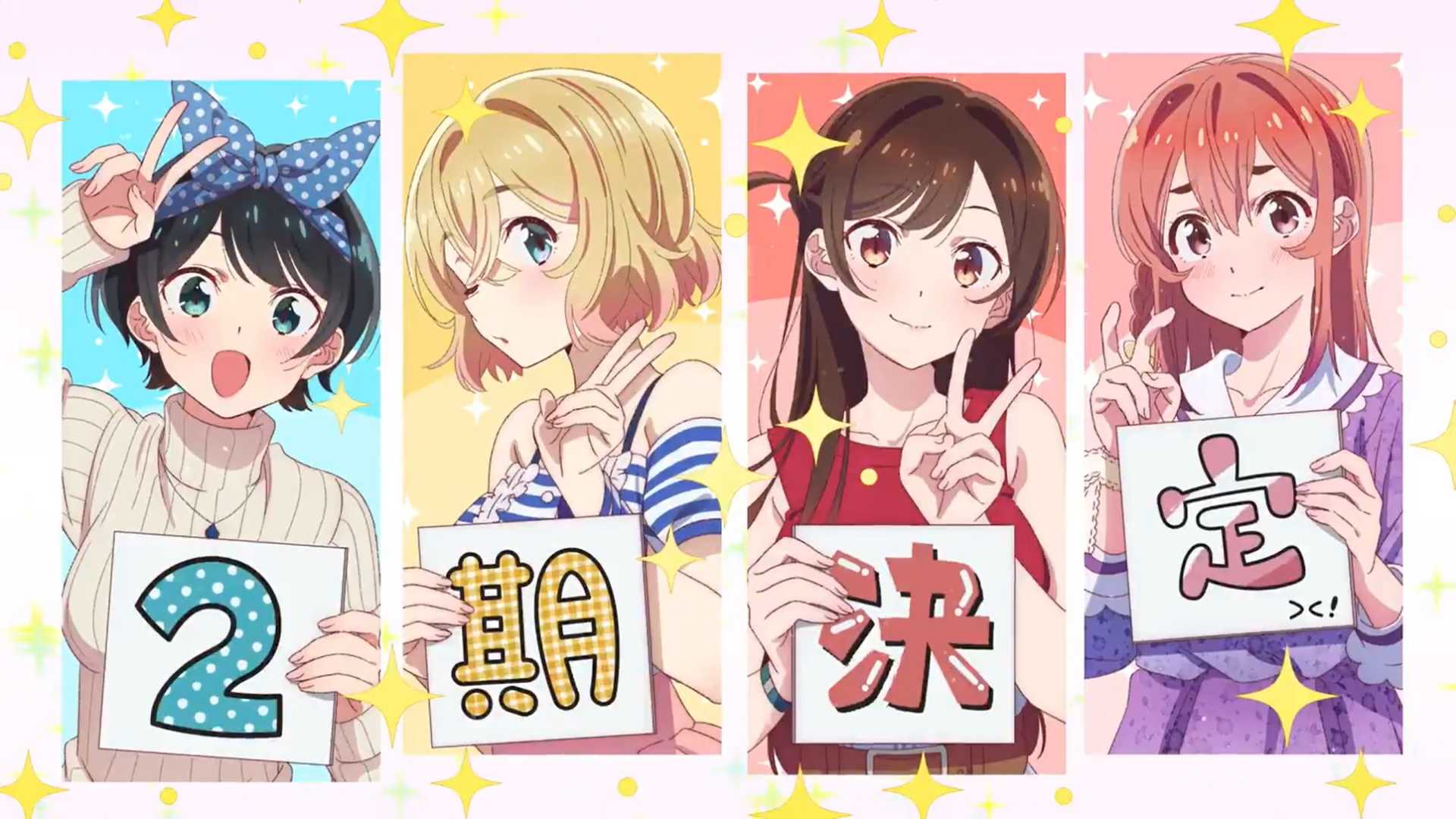 After a blockbuster Season 1, the simple-yet-complex story of Kazuya’s daily life with different rental girlfriends have returned. Haven’t heard about the Anime before? Then you have really missed a great show where the protagonist is the epitome of Hopelessness, yet a Good Guy. This hopeless personality makes the main protagonist, Kazuya different from other Harem members. He is simple, yet his charm(😏) attracts certain situations that is either comical or serious.

The official Website and Twitter account of “Rent a Girlfriend” revealed that Season 2 is set to release in 2022. Though we have got an official announcement, the exact date of its release hasn’t been announced yet.

The above Tweet announces the Season 2 of “Rent a Girlfriend.”

In an additional Tweet, a short preview was also released featuring all the girls and their VA announcing that Season 2 has been Green-Lit.

This is just the beginning of announcement. As the days move ahead, we will get to know more about new characters, and finally the exact Release Date.

Talking about the Casts and Staff, only the VAs have been announced. It’s almost confirmed that Voice Actors of major characters are returning.

Now, whether there will be any new character entry is just a question. For that, we will have to wait for official confirmation.

The Manga “Rent a Girlfriend” is pretty famous and well received, the Anime has done its magic too.

According to a relatively new Tweet from Manga Mogura, Rent a Girlfriend has 7 Million copies in Circulation.

And now that Season 2 is in production, the sales will, again, skyrocket.

If you wants to know how chapters of the manga takes birth, you can watch this interesting Video, where the Youtuber shows the life of the mangaka of “Rent of Girlfriend” and its working process.